The Commodity Futures Trading Commission (CFTC or Commission) recently voted 3–2 to approve a final rule (Final Rule) on the cross-border application of certain swap provisions under the Commodity Exchange Act (CEA).1 The Final Rule adopts a risk-based approach to the cross-border application of the CEA’s swap provisions while also deferring substantially to foreign regulators. The Final Rule was published in the Federal Register on 14 September 2020 and will become effective on 13 November 2020.2 When publishing the Final Rule, the CFTC noted that “[t]he Final Rule supports a cross-border framework that promotes the integrity, resilience, and vibrancy of the swap market while furthering the important policy goals of the Dodd-Frank Act.”3 The CFTC also expressed its intent that the Final Rule provide a “critical measure of regulatory certainty for the global swaps markets” and represent a “sensible and principled approach to addressing when foreign transactions should fall within the CFTC’s swap entity registration and related requirements.”

Section 2(i) of the CEA states that the swap provisions of Title VII shall not apply to activities outside the United States unless those activities:

In the Final Rule, the CFTC expressed its view that while Section 2(i) provides it express authority over swap activities outside the United States when certain conditions are met, it is not required to extend its reach to the outer bounds of that authorization. However, when exercising its authority with respect to swap activities outside the United States, the CFTC stated that it will be guided by international comity principles and will focus its authority on potential significant risks to the U.S. financial system.7

The CEA requires registration of an SD,8 but it exempts entities engaged in a de minimis quantity of swap dealing transactions, currently set at US$8 billion (over the course of the immediately preceding 12 months) except for endowments and other “special entities.”9 The Final Rule describes how the de minimis threshold applies to the cross-border swap dealing transactions of U.S. Persons and Non-U.S. Persons and, specifically, identifies an entity’s cross-border dealing activities that should be included in its de minimis threshold:10

Please see Table A in the Appendix for a summary of the application of the de minimis threshold to various cross-border swap dealing transactions.

The Final Rule includes a total of 24 definitions, including for “Guarantee,” “Foreign-based swap,” and “Swap conducted through a foreign branch.”

Importantly, the new U.S. Person definition does not include a commodity pool, pooled account, investment fund, or other CIV that is majority-owned by one or more U.S. Persons. Here, the Commission stated that it “continues to believe that identifying and tracking a CIV’s beneficial ownership may pose a significant challenge, particularly in certain circumstances such as fund-of-funds or master-feeder structure.”11 The Commission further noted that “although the U.S. participants in such CIVs may be adversely affected in the event of a counterparty default, the Commission has determined that the majority ownership test should not be included in the definition of ‘U.S. person.’”12 However, the Commission recognized that a CIV fitting within the majority U.S. ownership prong may still be a U.S. Person for purposes of the margin for uncleared swaps rule.13

The Final Rule replaces the concept of a “conduit affiliate” from prior CFTC guidance with that of an SRS, which is generally defined as “any non-U.S. significant subsidiary of a U.S. parent entity where the ultimate U.S. parent entity has more than US$50 billion in global consolidated assets, as determined in accordance with U.S. GAAP at the end of the most recently completed fiscal year….” An SRS must be treated like a U.S. Person for regulatory purposes because of its potential to affect a U.S. parent entity and, generally, U.S. commerce.

Please see Table B in the Appendix for a summary of the application of the de minimis threshold to various cross-border MSP transactions.

Transactions involving a non-U.S. SD that uses personnel or agents located in the United States to “arrange, negotiate, or execute” the swaps (ANE Transactions) will not be considered for purposes of applying the Final Rule.14 In making this determination, the CFTC agreed with commenters that:

In the interests of international comity, the CFTC has provided exceptions from, and a substituted compliance for, certain regulations applicable to registered SDs and MSPs. Please see Table C and Table D in the Appendix for a summary of these exceptions.

The CFTC continues to implement Chairman Heath Tarbert’s rulemaking agenda despite the impact of COVID-19 and related government actions. The Final Rule is the latest example of how the CFTC is continuing to reconsider how to best regulate derivatives inside the United States and in the global marketplaces to promote liquidity and transparency and to protect U.S. investors. During Chairman Tarbert’s leadership, the CFTC has taken action on a number of key derivatives issues, including position limits,17 enforcement penalty guidance, swap data reporting, and bankruptcy rules.18 In addition, the CFTC is expected to finalize proposed rules on these topics in the coming months, and consequently, these rules could greatly impact market participants. K&L Gates’ global futures and derivatives team will continue to monitor these developments over this critical period and welcomes the opportunity to assist market participants in the navigation of these developments.

8 See 7 U.S.C. § 6s(a). The CEA defines the term “SD” as any person who (i) holds itself out as a dealer in swaps, (ii) makes a market in swaps, (iii) regularly enters into swaps with counterparties as an ordinary course of business for its own account, or (iv) engages in any activity causing the person to be commonly known in the trade as a dealer or market maker in swaps; provided, however, in no event shall an insured depository institution be considered to be a swap dealer to the extent it offers to enter into a swap with a customer in connection with originating a loan with that customer. The term “swap dealer” does not include a person that enters into swaps for such person’s own account, either individually or in a fiduciary capacity, but not as a part of a regular business.

9  The de minimis threshold with regard to swaps with special entities is set at $25 million. 17 C.F.R. § 1.3, Swap dealer, paragraph (4)(i)(A). A special entity is: “1) a Federal agency; 2) a State, State agency, city, county, municipality, or other political subdivision of a State, or any instrumentality, department, or a corporation of or established by a State or political subdivision of a State; 3) any employee benefit plan subject to Title I of the Employee Retirement Income Security Act of 1974 (ERISA) (29 U.S.C. 1002); 4) any governmental plan, as defined in Section 3 of ERISA; 5) any endowment, including an endowment that is an organization described in Section 501(c)(3) of the Internal Revenue Code of 1986; or 6) any employee benefit plan defined in Section 3 of ERISA, not otherwise defined as a Special Entity, that elects to be a Special Entity by notifying an SD of its election prior to entering into a swap with the particular SD.” See CFTC, Q & A – Business Conduct Standards for Swap Dealers and Major Swap Participants with Counterparties Final Rulemaking. 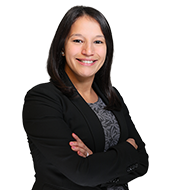