The Supreme Court’s First Decision
On December 23, 2015, the Delaware Supreme Court sitting en banc issued its second opinion in Siga Technologies Inc. v. PharmAthene, Inc.[1].  In its first decision,[2] the Court reaffirmed its recent decision in Titan[3] “that where parties agree to negotiate in good faith in accordance with the terms of a term sheet, that obligation to negotiate in good faith is enforceable.”[4]

In addition, making new law in Delaware, the Court held that where the trial court found that but for defendant’s bad faith negotiations the parties would have reached an agreement, the trial court was not limited to reliance damages but could award expectation damages.[5]  However, the Court noted “[a]n expectation damages award presupposes that the plaintiff could prove damages with reasonable certainty.”[6]

The Court then affirmed on liability for breach of contract[7] but remanded the case to the Court of Chancery (Vice Chancellor Parsons) to “redetermine its damages award in light of its opinion and noted that the Chancery Court was free to reevaluate the helpfulness of expert testimony.”[8]  In light of its decision, the Court concluded that it did not need to reach the issues raised by PharmAthene on its cross appeal, including its contention that the Court of Chancery erroneously failed to award it expectation damages on the ground that they would be too speculative.[9]

The Court of Chancery’s Decision on Remand
Previously, the Court of Chancery had found that lump-sum damages were too speculative and instead awarded an equitable cash flow remedy of 50 percent of net profits from the sale of the drug at issue for 10 years after the first sale with the first $40 million going to defendant Siga.  On remand, the Court of Chancery found that (1) it was free to reconsider its prior decision that lump-sum expectation damages were too speculative; (2) if it still found them to be too speculative, it then could determine if PharmAthene was entitled to a payment stream based on breach of contract;[10] and (3) agreed to open the record to permit PharmAthene to introduce evidence of events that occurred after the prior trial,[11] including the fact that since the prior trial Siga had been awarded a government contract for the purchase of the drug with a value of over $460 million.[12]

After the remand hearing, the Court of Chancery found, following a lengthy analysis, that lump-sum damages were not too speculative and awarded damages of $113 million, which, with interest, attorney fees, and expert witness, cost approximately $194 million.

The Supreme Court’s Second Decision on Expectation Damages
On appeal, Siga made three principal arguments.  First, Siga argued that the Court of Chancery’s original decision that lump-sum damages were too speculative was law of the case and the Court was not free to revisit the issue.  The Supreme Court unanimously rejected this argument.

Second, Siga argued that the Court of Chancery erred in opening up the record in which it considered a contract awarded in May 2011 (more than four years after the breach[13]) in determining the reasonableness of the parties’ expectation at the time of the breach.[14]  In a four to one decision, the Supreme Court rejected this argument as well.

Third, Siga argued that the Court of Chancery’s award of expectation damages was an abuse of discretion and its factual findings were clearly erroneous because expectation damages were too speculative.  Again, in a four to one decision, the Supreme Court rejected this argument.

But in a case about expectation damages caused by breach of a Type II agreement, where the wrongdoer caused uncertainty about the final economics of the transaction by its failure to negotiate in good faith, willfulness is a relevant factor in deciding the quantum of proof required to establish the damages amount.[17]

What this decision established is that even in the case of a start-up venture with an early stage product and no sales, damages can still be established with sufficient certainty, depending on the circumstances, so that they will not be denied as being too speculative.

[14] Siga also argued that in reviewing the contract the Court of Chancery used some of its provisions while ignoring other post-breach evidence that proved damages were speculative or should have been less than rewarded. 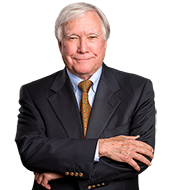