Distribution Strategies in Hong Kong: A New, but Familiar Landscape for Product Manufacturers

Over the next several months, residents all over Hong Kong may see the “Market Sharing Cat” (pictured above) popping up in unexpected places. The cat is a symbol for the Hong Kong Competition Commission’s (the “Commission”) campaign to increase community awareness of market sharing and to “strengthen detection of such conduct” throughout Hong Kong. [2] As the Commission noted in its press release regarding the campaign, market sharing cartels “can occur in any industry or sector” and “may not be as commonly known in Hong Kong as some other forms of anticompetitive conduct such as bid-rigging.” [3]

Since Hong Kong passed its first-ever cross sector competition law, the Competition Ordinance (the “Ordinance”) in 2015, the Commission has made it a priority to promote fair competition and raise public awareness regarding anticompetitive practices in the marketplace. The “Market Sharing Cat” is just one illustration of the Commission’s efforts. But what exactly is the competition law in Hong Kong? This client alert aims to provide an overview of the territory’s relatively new competition and antitrust framework.

It’s been more than 20 years since the end of British rule in Hong Kong, but the territory’s first competition law suggests that the UK legal system and common law principles continue to be a source of influence in the drafting and interpretation of legislation. On December 14, 2015, the Ordinance came into full effect. [4] Since its enactment, the Commission has brought just two cases before the Competition Tribunal, the judicial entity responsible for hearing and deciding competition law cases in Hong Kong. [5] Thus, while it was enacted over three years ago, the law is still being shaped – as the Commission brings more cases, one can expect that the law will evolve.

As one might infer given the parallel language of the two provisions, Hong Kong’s new regulations closely mirror UK and EU competition law. Accordingly, product manufacturers in Hong Kong now face similar restrictions to what we see in those regions. Under Hong Kong’s First Conduct Rule, it is not clear whether resale price maintenance ("RPM") is generally prohibited. [10] Thus, it presents risk for manufacturers who choose to adopt this approach. [11]

The Commission is the independent statutory body responsible for enforcing the Ordinance. The Commission, along with the Communications Authority, jointly issued guidelines on the First Conduct Rule in July 2015 (the “Guideline” or the “Guidelines”). [12] While a plain reading of the Ordinance's language suggests that ("RPM") agreements are prohibited, the law continues to evolve - in practice, RPM agreements may prove to be a vialbe option for manufacturers. Moreover, the Guidelines permit product manufacturers to recommend or suggest a resale price to retailers (known as the manufacturer’s suggested retail price) provided that the manufacturer makes it clear to all retailers that the suggested price is not mandatory. [13] In other words, retailers must retain ultimate freedom over a product’s advertised sale price. Product manufacturers who choose to implement such recommended retail price policies may not employ tactics aimed at fixing the minimum price, such as price monitoring. [14] Additionally, manufacturers should avoid taking measures against retailers that may be construed by the Commission as retaliatory — where a product manufacturer “retaliates or threatens to retaliate when its ‘recommended’ resale price is not followed, the Commission will consider the price is not truly recommended and assess the conduct as a form of RPM.” The same considerations apply to the UK and EU competition law regimes — although it is not certain yet whether justification may exist for RPM under Hong Kong's Ordinance.

The Ordinance does not specifically discuss unilateral pricing policies, or UPPs. UPPs are particularly common in the United States. Through this strategy, a product manufacturer unilaterally announces the minimum advertised resale price for its products. Retailers are free to either acquiesce or disregard the policy; however, a manufacturer may refuse to deal with retailers who choose not to acquiesce.

Although the Ordinance does not explicitly address the legality of these pricing policies, product manufacturers should be aware of the significant risk that comes with the implementation of a unilateral policy in Hong Kong. Even a unilateral policy that only announces an advertised price may be considered a form of indirect resale price maintenance that could be deemed unlawful under the Ordinance. [15] Additionally, product manufacturers with significant market power who implement UPPs should be more cautious – they could be charged with violating the Second Conduct Rule as well. [16]

Hong Kong has historically offered a vast consumer market with little to no regulation. Under the region’s new regulatory framework, product manufacturers must pay attention to the Ordinance and developing law in order to ensure compliance with Hong Kong law. By adopting flexible global distribution and pricing strategies that comply with competition regulations in Hong Kong and throughout the world, product manufacturers can achieve global price stability. K&L Gates’ Antitrust, Competition & Trade Regulation group has experience designing and implementing coordinated distribution strategies throughout different regions of the world, including Asia.

Notes
[1] This image was originally featured in the Hong Kong Competition Commission’s January 16, 2017 Press Release, “Beware of the ‘Bid-rigging Cat,” available here.
[2] Hong Kong Competition Commission Press Release, “’Marketing Sharing Cat’ is coming to town” (Jan. 18, 2018), available here.
[3] Id.
[4] The Ordinance is available here.
[5] To read more about the Competition Tribunal, see here.
[6] See Telecommunications Ordinance (Cap.106 of the Laws of Hong Kong) and the Broadcasting Ordinance (Cap.562 of the Laws of Hong Kong), available here and here.
[7] See the Competition Commission’s “Legislation & Guidance” (2015), available here.
[8] See Ordinance, Section 6(1) (“[A]n undertaking must not (a) make or give effect to an agreement; (b) engage in a concerted practice; or (c) as a member of an association of undertakings, make or give effect to a decision of the association, if the object or effect of the agreement, concerted practice or decision is to prevent, restrict or distort competition in Hong Kong.”).
[9] See Article 101 of the Treaty on the Functioning of the European Union, available here.
[10] RPM allows a product manufacturer to obtain a certain level of control over the price at which its products are advertised and sold. Generally, RPM is achieved through an agreement between a manufacturer and its resellers by which resellers agree to a fixed or minimum product resale price. Historically, RPM was unregulated in Hong Kong. Under the Hong Kong’s new competition law, RPM is generally prohibited.
[11] As a general rule, the Commission is less likely to bring actions against manufacturers who do not possess a substantial degree of market power. “Substantial market power” can be thought of as the ability to charge prices above competitive levels, or to restrict output or quality below competitive levels, for a sustained period of time (the length of which depends on the facts, in particular with regard to the product and the circumstances of the market in question); or the ability and incentive to harm the process of competition by, for example, weakening existing competition, raising entry barriers or slowing innovation. See Guideline on the Second Conduct Rule, para. 3.2 and 3.4. Additionally, the Commission may refrain from pursuing actions related to agreements that enhance the overall economic efficiency of the market. See Ordinance, Section 36 (“The first conduct rule does not apply to any agreement that . . . contributes to . . . improving production or distribution; or promotion technical or economic progress, while allowing consumers a fair share of the resulting benefit.”).
[12] Guideline on the First Conduct Rule is available here. As stated on the first page of the Guidelines, “[t]he Guideline sets out how the Commission intends to interpret and give effect to the First Conduct Rule in the Ordinance. The Guideline is not, however, a substitute for the Ordinance and does not have binding legal effect.”
[13] Id. at Sections 6.78–6.83.
[14] Id. at Section 6.82.
[15] See Ordinance, Section 7(2) (“An undertaking may be taken to have made or given effect to an agreement or decision or to have engaged in a concerted practice that has as its object the prevention, restriction or distortion of competition even if that object can be ascertained only by inference.”).
[16] See the “Second Conduct Rule,” id. at Section 21(1) (“An undertaking that has a substantial degree of market power in a market must not abuse that power by engaging in conduct that has as its object or effect the prevention, restriction or distortion of competition in Hong Kong.”).
[17] See Section 6.122 of the Guidelines (“In particular, selective distribution may assist in establishing a quality reputation for a new product, can incentivize retailers to increase marketing efforts and might serve to maintain brand image and quality standards.”).
[18] See id. at Sections 6.123 - 6.127. According to the decisional practice of the European Court of Justice, it is worth noting that selective distribution is not limited to a pre-determined category of products (e.g., high-tech, luxury) but rather is capable of being applied to any products that justify it in order to preserve quality and proper use.
[19] Id. at Section 6.126. “Some selective distribution systems select retailers on quantitative criteria e.g., sales targets or a pre-defined of number of retailers in a particular locality.” These agreements may give rise to “concerns under the First Conduct Rule on the basis of their effects on competition.” However, the EU and UK decisional practice allow a combination of qualitative and quantitative criteria in the context of a selective distribution model. 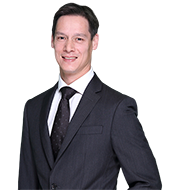