On August 31, 2018, the China Securities Regulatory Commission (“CSRC”) released a draft of the Provisions on the Supervision and Administration of Depository Receipts under the Stock Connect Scheme between the Shanghai Stock Exchange and the London Stock Exchange (“Draft Provisions”) for “public consultation”. The Draft Provisions set out the framework for the long-awaited London-Shanghai Stock Connect program (“London Connect”), suggesting an imminent launch, likely before the end of 2018 in line with the timetable previously suggested by People’s Republic of China (“PRC”) government officials.

The London Connect is a market connect scheme between the London Stock Exchange (“LSE”) and the Shanghai Stock Exchange (“SSE”) proposed by Chinese President Xi Jinping during his visit to the United Kingdom in October 2015. Since 2015, the two governments have worked hand in hand to develop the current framework outlined in the Draft Provisions.

The Draft Provisions contain 30 articles that address, among other things:

How will the London Connect work?

In the United Kingdom, the Shanghai-London Connect Segment will be a segment of the LSE’s Main Market (a regulated market) for the admission to trading of GDRs representing PRC A-shares that are listed on the Main Board Market of the SSE. Trading in the GDRs will take place on the LSE’s International Order Book trading service.

Companies interested in applying for the London Connect will need to meet certain thresholds as set forth by the stock exchanges (LSE and SSE) and local regulators (Financial Conduct Authority (“FCA”) and CSRC). For example, the LSE’s currently proposed Admission and Disclosure Standards provide in Schedule 7 that issuers seeking admission to trade GDRs on the London Connect must:

The proposed LSE Admissions and Disclosure Standards are unconfirmed and remain subject to change.

There will also be limits that cap how many securities can be issued and regulations on how they are traded and settled on the LSE and the SSE. For example, Article 8 of the Draft Provisions provides that the number of outstanding CDRs shall not exceed the amount cap approved by the CSRC and that this amount cap will be readjusted if the number of underlying stocks changes (e.g., in the event of a stock dividend, stock split, or reverse stock split). Secondary listings in London must also be priced at a minimum of 90% of the Shanghai-listed stock’s average closing price over the previous 20 trading days.

How does the London Connect compare to the existing Hong Kong Connect schemes?

The London Connect will contain the following provisions, which are similar to those relating to the Hong Kong Connects:

What does this mean for investors and issuers?

The London Connect is a start for European investors who are inexperienced in PRC and Hong Kong securities trading and welcome news amidst the uncertainty of Brexit. However, it will not offer the full range of groundbreaking features offered by the Hong Kong Connects.

There will also be a likely benefit of direct access to PRC investors for London issuers permitted to issue CDRs, and depending on the finalized rules, London issuers may also be allowed to obtain that benefit without a need to comply with SSE regulations, as well as United Kingdom Listing Rules.

The proposed launch of the London Connect reaffirms the desire of PRC regulators to attract foreign-listed PRC issuers (especially PRC tech titans) back home to benefit the PRC’s existing A-share market as well as its domestic tech sector and, hopefully, lessen capital outflows. At the same time, CDRs were introduced in Beijing this year for the purpose of acting as instruments that permit Chinese investors to obtain stakes in foreign-listed companies via domestic stock exchanges. With the ongoing PRC-U.S. trade wars, the PRC is looking for alternatives to the United States, and London has always been its entry point to Europe and the West. Brexit notwithstanding, the London Connect is a tacit acknowledgment of this, and the PRC regulators have every intention to ensure its success.

So far, market-watchers have been cautiously optimistic — some Chinese securities companies have submitted their applications to be market makers under this mechanism. However, just as the market is watching and waiting for the outcome of Brexit negotiations, the London Connect will itself take time to develop — a measured pace that should sit comfortably with the PRC regulators. 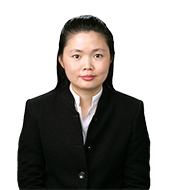