One growing trend is a rise in the popularity of the “e-concession” model. Just like a branded concession in a physical department store, an e-concession allows the brand to have its own “shop within a shop” on one or more digital marketplaces. These showcase a collection of brands in a distinctive setting in which brands can leverage existing investments in enhanced tools such as virtual try-on or matching suggestions performed by artificial intelligence. They are also likely to attract a broader customer set and thereby grow brand awareness.

In order to ensure such an e-concession strategy is an asset rather than a risk, the anti-trust and competition issues need to be carefully considered and addressed. In particular, is the brand seeking to control a third party’s pricing to consumers? If so, this can amount to a serious violation of anti-trust and competition laws in many jurisdictions, such as the European Union (the EU), United Kingdom and other countries, and expose the brand to a risk of investigation, large fines and damages claims.

In jurisdictions such as the EU, it is illegal for a brand to dictate the price that a third party reseller charges to a consumer. For example, the European Commission fined GUESS EUR40 million for such resale price maintenance (RPM) and other conduct in 2018 (for more detail on the GUESS case and recent RPM developments, see our earlier alerts here, here and here). RPM can be a risk in concessions in bricks and mortar department stores if the concession is operated by the department store rather than by the brand, such that the department store is the company making the sales to consumers rather than the brand itself. In such a context, the brand may recommend the onsale price but may not dictate it. Much will turn on the factual detail, and the substance rather than the form of the agreement will be decisive.

The same is true in the online context as regards e-concessions. For example, if the brand itself is making direct sales to consumers via the online marketplace, the brand is entitled to set the price charged to consumers. This may well also be the case where the third party platform is operating as an agent of the brand and is not itself taking the risk/reward of the sale. However, if the marketplace is operating as an independent third party and the brand is transferring inventory to it for onsale, serious concerns may arise.

The operation of e-concessions may also raise issues with respect to cross-border selling. Brands offering their products through e-concession stores may want for example to control the regions where certain products are being sold and marketed (e.g. to account for local fashion trends or consumer preferences). In this respect, it is important to bear in mind that EU competition law imposes a number of limitations on the ability of manufacturers to prohibit sales between EU Member States.

Brands operating a selective distribution system in the EU have the advantage of being able to authorize all the resellers (online and bricks and mortar) selling their products to consumers. E-concession stores certainly fall within the category of stores that a brand may want to include in its selective distribution network. However, care should be taken when the brand expands to such new channels that such a model fits within its criteria for authorization so that the brand is operating its system in a consistent and objective way.

The question as to which legal system applies is primarily dictated by where the onsales to consumers are being made. For instance, in the United States, there will be more flexibility when it comes to third party pricing restrictions. We anticipate that China may be a particular area of focus for the e-concession model as brands look to capture sales from the Chinese consumer in the context of a sustained period of travel disruption. The Chinese rules are still evolving in this area and careful analysis is required (see here).

At K&L Gates, (named “Luxury Law Firm of the Year” at the Luxury Law Awards 2020) we focus on assisting brands with go-to-market strategies and have a global team ready to assist with these issues. 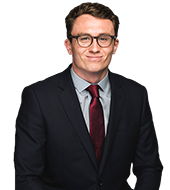