On Thursday, February 14, acting EPA Administrator Andrew Wheeler unveiled the agency’s long-anticipated PFAS Action Plan (Plan). PFAS (per- and polyfluoroalkyl substances) are used in firefighting foams and many consumer products and are increasingly being detected in drinking water systems, which has grabbed the attention of many Members of Congress, as we discussed in a previous alert, "Congress Looking at the Safe Drinking Water Act and Superfund to Regulate PFAS."

The plan includes seven key actions that the EPA is considering to address PFAS:

In unveiling the plan, acting Administrator Wheeler noted that the EPA is committed to take concrete steps to address PFAS. Two of the actions that Mr. Wheeler highlighted will likely be of particular importance to many stakeholders. First, he said that by end of the year EPA will propose a regulatory determination under the SDWA for establishing an MCL. This determination, however, is only the first step in the regulatory process. If EPA makes a decision to regulate PFOA and PFOS, the agency would still need to propose and promulgate a final rule that public water systems will have to meet, a process that could take at least two years.

Second, Mr. Wheeler indicated that the EPA has already begun a regulatory process for listing PFOA and PFOS as a hazardous substance under CERCLA. This action is significant with far-reaching consequences. Listing these two chemicals as hazardous substances will give the EPA the ability to require responsible parties to carry out and pay for cleanup.

Despite the EPA’s commitment described in the Plan to address PFAS, Congress is not embracing the plan. Senator Tom Carper (D-DE), the ranking Democrat on the Environment and Public Works Committee (EPW), called the plan insufficiently protective and that it will delay drinking water standards for at least another year, noting that “it has taken the EPA nearly a year just to kick the can even further down the road.”

Republican Senator John Barrasso (R-WY), chairman of the EPW committee, also reacted quickly noting that the plan is “only a first step” and that “the agency must be willing to take decisive action where it is warranted.” He also indicated that the committee will hold a hearing this spring on the EPA’s plan.

Given the cool reception, the EPA’s Plan is unlikely to satisfy Congress. Accordingly, drinking water system owners and operators, and any and all who manufacture or use products with PFAS, should expect Congress to aggressively oversee the EPA’s implementation of the plan and advance federal legislation if the EPA’s progress stalls. These events are presenting stakeholders with a unique opportunity to engage with policymakers to ensure a balanced approach. 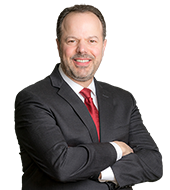 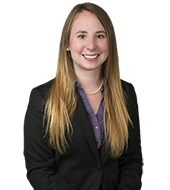