As an update to our Legal Insight of December 2015 'New Tax Incentives for Early Stage Investment', on 16 March 2016 the Turnbull Government introduced legislation providing significant tax incentives to promote local and foreign investment in innovative start-ups as part of the National Innovation and Science Agenda.

The changes contained in the Tax Laws Amendment (Tax Incentives for Innovation) Bill 2016 (Bill), are modelled on the British Seed Enterprise Scheme, which resulted in more than AUD500 million of early stage investment into almost 2,900 companies in its first two years.

What are the new Tax Incentives for Early Stage Investors?

Qualifying investors who acquire newly issued shares in an Australian ESIC may receive a non-refundable carry-forward tax offset of 20% of the value of their investment subject to a maximum offset cap amount of AUD200,000 per investor per year. The maximum offset would be available on an investment of AUD1 million.

Qualifying investors may disregard capital gains realised on shares in qualifying ESICs provided the shares have been held for between 1 and 10 years. Capital losses on shares held for less than 10 years must be disregarded.

Which Investors will Qualify for the Tax Incentives?

The new tax incentives will generally be available to all types of investors, regardless of their investment method including:

Importantly, there are no restrictions based on an investor’s residency.

Which Investments Qualify for the Tax Incentives?

Shares Must be in a Qualifying ESIC

To qualify as an ESIC, an Australian incorporated company must show that it is:

The early stage limb requires that the company:

In determining whether the company satisfies the innovation limb to qualify as an ESIC, companies may choose to either (i) self-assess against the principles-based test set out in the legislation (ii) apply their circumstances against the objective activity based criteria in the legislation or (iii) seek a ruling from the Commissioner of Taxation to confirm whether they satisfy the principles-based test.

The company must be a qualifying ESIC at the time immediately after the relevant equity interests are issued. If the company subsequently ceases to be a qualifying ESIC, the qualifying investor will not be disqualified from accessing a tax offset in relation to those shares nor will they miss out on the CGT exemption.

Investors must be issued with new shares in the qualifying ESIC. The carry forward tax offset will be received by the investor for that income year in which the shares are issued to the investor.

Shares acquired under an employee share scheme are not eligible.

Certain limitations apply depending on the relationship between the ESIC and the investor. For example, a director-owner of an ESIC will be precluded from qualifying for a tax offset, as the ESIC would be an affiliate of the director-owner.

To qualify, an investor must hold no more than 30% of the equity interests of the ESIC.

What are the new Tax Incentives for Venture Capital Investments?

A number of new reforms will also be introduced in relation to investments made in VCLPs and ESVCLPs. These reforms include:

When will the Changes Take Effect?

The changes will take effect on or after the later of 1 July 2016 or the date the Bill receives Royal Assent. The Bill is currently at second reading stage in the House of Representatives and it is hoped that the Bill will be passed prior to any election later this year. If not, the Bill will need to be reintroduced to Parliament following the election. Once the Bill receives Royal Assent, the incentives will apply to the 2016-17 income year.

The amendments will generally apply from 1 July 2016.
However, the tax offset is only available for qualifying contributions made to ESVCLPs that become unconditionally registered as an ESVCLP on or after 7 December 2015.
For advice in relation to the above, please contact Dan Atkin in the Corporate and Transactional team, Matthew Watts in the Financial Services team or Betsy-Ann Howe in the Tax team. 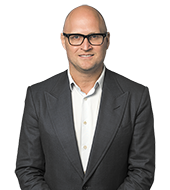