On October 17, 2019, the European Court of Human Rights (ECHR) approved the installation of a Closed-Circuit Television (“CCTV”) surveillance system which was used to monitor supermarket cashiers without informing those employees of the fact that it had been installed.

The hidden cameras revealed that thefts were being committed by several employees at the cash registers. The concerned employees were dismissed. Some of them brought an action before the Spanish Labor court arguing that the use of CCTV without their prior knowledge was a breach to their right to privacy and that such evidence could not be admitted in the dismissal procedure.

Like French law, Spanish law requires the person responsible for a CCTV system to inform the concerned employees of the existence, purpose, and methods of the collection of their personal data, prior to implementation of the system.

The case was brought before the ECHR, which gave a first decision on January 9, 2018, concluding that Article 8 of the European Convention for the Protection of Human Rights, relating to the right to privacy, had been breached. The case was then referred to the Grand Chamber.

The issue raised was to find the proportionality and the balance between (i) the reasons justifying the implementation of a CCTV system (i.e., the right of the employer to ensure the protection of its property and the proper functioning of its business) and (ii) the employees’ right to privacy.

The ECHR stated that “domestic courts must ensure that the introduction by an employer of surveillance measures that infringe the employees’ privacy rights is proportionate and is implemented with adequate and sufficient safeguards against abuse”, referring to its previous case law [1].

The ECHR considered that in order to ensure the proportionality of CCTV measures in the workplace, domestic courts should take into account the following factors when balancing the interests involved:

Therefore, prior notification to the employees is only one of the criteria taken into account in the balance of interests.

In this particular case, the ECHR approved the examination of proportionality of the video surveillance measure. The Judges decided that despite the lack of prior notification to the employees, the CCTV was (i) justified by suspicions of theft, (ii) limited in space (only a few checkout counters), and (iii) limited in time (10 days). The Court also noted that very few people watched the recordings and then concluded that the degree of intrusion into the employees’ privacy was limited.

Consequently, the Grand Chamber considered that there was no violation of the employees’ privacy rights.

Although this decision does not directly concern France, it remains very interesting since French regulations (i.e., the Data Protection Act, the General Data Protection Regulations, and the Labor Code) provide:

According to French case law, any system that is not compliant with the above is considered illicit and the information collected could not be used as evidence of an employee’s misconduct [2].

The ECHR’s decision seems to challenge French case law: where the absence of prior notification to employees is considered as an overwhelming obstacle by French judges, the ECHR considers that it is merely one of the several criteria to be taken into account to assess the proportionality of the infringement to the employee’s right to privacy.

The question that remains is: what will be the impact of the ECHR’s decision in France? 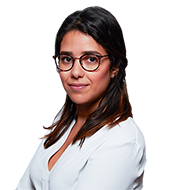