Ethylene Oxide: The Litigation Risks and Regulatory Issues Ahead

Companies using ethylene oxide (EtO) in their operations should be aware of the substantial increase in litigation and regulatory activities surrounding the compound and how those developments may affect their businesses. With hundreds of claims being filed across the United States and the U.S. Environmental Protection Agency’s (EPA) prioritization of addressing EtO emissions, affected companies need to prepare for the litigation and regulatory issues that lie ahead.

EtO is a colorless gas with wide applications across various industries, ranging from its use to sterilize medical equipment to its use as a constituent in the manufacturing of plastics, cleaners, and other chemicals. It is also a naturally occurring chemical in the human body and environment. The chemical’s versatility makes EtO a valuable building block in chemical compounds and consumer products, but that same trait increases the potential for companies to find themselves caught up in litigation filed by plaintiffs alleging that they have developed cancer or other conditions as a result of exposure to EtO.

EtO has come under scrutiny by regulators, the media, and plaintiffs’ attorneys alike as recent research suggests that the risks from EtO are more significant than previously thought and that elevated rates of cancer in certain locations across the United States may be attributable to EtO emissions. The attention began after the EPA concluded in December 2016 that EtO is “carcinogenic to humans” via the inhalation route and developed an inhalation risk estimate for assessing cancer risk in environmentally exposed populations.1 That risk value was subsequently used by the EPA in its assessment of hazardous air pollutants in the 2014 National Air Toxics Assessment (NATA), published in August 2018, which found that long-term exposure to EtO was the potential cause of elevated cancer risks in certain areas of the United States.2 This conclusion increased attention from the media and regulators and ultimately led to the closure of medical sterilization facilities in Illinois and Georgia along with numerous EtO-related personal injury lawsuits being filed across the United States.3

Adding to this scrutiny, in March 2020 the EPA Office of Inspector General published a Management Alert calling for the EPA to “inform residents who live near facilities with significant ethylene oxide emissions about their elevated estimated cancer risks so they can manage their health risks.”4 In response, the EPA indicated that it disagreed with the “tone and substance of the [Inspector General’s] report.” The EPA explained that there were various uncertainties associated with the potential risks presented in the NATA results and that further investigation needed to be done to ensure that accurate information was provided to the public.5 The EPA further emphasized the need to involve state leadership, since states “have primary responsibility for air pollution prevention and air pollution control under the Clean Air Act [and] are best positioned to lead this work.”6

Since that time, the EPA has been further investigating the risk of environmental exposures to EtO and has begun public outreach to affected communities.7 As these initial outreach efforts get underway, the EPA also continues to review Clean Air Act regulations for facilities that emit EtO and is working with state agencies and industry to identify ways to reduce emissions.8 The EPA’s review of these regulations is expected to be completed on a rolling basis over the next two years, beginning with those related to facilities using EtO for sterilization purposes followed by those that use the compound in manufacturing operations.9 Meanwhile, the number of EtO personal injury claims being filed by plaintiffs remains rapidly on the rise.10

The EPA’s inhalation risk estimate for EtO—and specifically the EPA’s use of that estimate to revise emission regulations—has also been subject to significant criticism from states and industry. Although the EPA recently acknowledged that it would revisit those issues,11 any risk estimate is likely to remain at the center of claims by plaintiffs alleging that they developed cancer as result of exposure to EtO.

What Does This Mean for Companies Using Ethylene Oxide?

The increased attention surrounding EtO has significant ramifications for companies using the compound in their operations. First, companies subject to state and federal emissions regulations need to be aware of the changing regulatory landscape and how they may need to respond. Second, as the EPA’s community outreach increases, companies may see a rise in litigation related to EtO exposure. Moreover, if past is prologue, litigation surrounding exposure to EtO is likely to evolve over time and cast a wide-net that will include many unsuspecting defendants.

As regulatory activities and community outreach increase, any company using EtO in its operations needs to be mindful of the regulatory issues and litigation risks that may lie ahead, particularly those associated with defending personal injury lawsuits based on alleged environmental or occupational exposure to EtO.

9 The EPA projects its review process for the following rules will be finalized by the dates below: 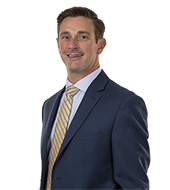 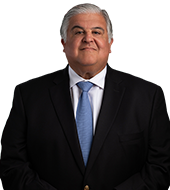 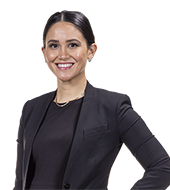