Summary
A ruling by the Regional Court (Landgericht) of Braunschweig published late last year has strengthened the protections of confidential information gained or developed in the course of internal investigations. Previously, a significant limitation to the confidentiality of investigation reports had been that – while its protection against seizure had generally been acknowledged (Regional Court of Mannheim, decision of 3 July 2012 – 24 Qs 1/12), the protections only applied if the documents were in possession of the law firm and not with the client (see alert “Legal Privilege for Information in Investigations in Germany – New Developments” of 27 September 2012). The Regional Court of Braunschweig has now held that documents in the care of a corporate client also are exempted from seizure if they evidently were prepared for the purpose of preparing the corporation’s legal defence in administrative offence proceedings, which could be anticipated, even if the investigation or proceeding has not already been initiated (decision 6 Qs 116/15).

Facts
The case decided by the Regional Court of Braunschweig involved an order of the Local Court (Amtsgericht) of Braunschweig to seize documents found during a search of the business premises of a corporation and one of its subsidiaries. These documents contained a report on an internal investigation that had been prepared by outside counsel engaged by the corporation in the wake of previous proceedings unrelated to the search, in which the public prosecutor (Staatsanwaltschaft) had been pursuing potential tax evasion by one of the corporation’s managing directors. Another document also seized was a separate report prepared by the company’s internal audit function. At the time of the search and seizure, no administrative offence proceedings against the corporation or the relevant subsidiary were pending.

Decision
The Braunschweig Regional Court held that documents that have been prepared for the purpose of defending a corporation in possible legal proceedings are exempt from seizure, even if the documents are possessed by and located at the business premises of the potentially accused person or entity. It was not regarded a requirement that legal proceedings must have been initiated already; they must only have been anticipated. Furthermore, it was not held necessary that the documents have been developed by outside legal counsel; even notes prepared by staff (in-house legal counsel or otherwise) of the potentially accused corporation would enjoy protection from seizure, as long as the main purpose was to prepare for the defence of anticipated future legal proceedings.  Such purpose must be identifiable in the documents and/or the circumstances. In regard to the seized internal audit report, the court held that it was not protected because there was insufficient evidence that it was prepared for purposes of a legal defence.

The decision is final and cannot be appealed. However, it is not binding on other courts.

Analysis
The legal situation regarding the exemption from seizure of documents gained in the course of an internal investigation so far has not been very clear.

In the past, effective confidentiality protection of documents related to internal investigations faced several obstacles, including:

By contrast, some lower court decisions relied on arguments supporting the legal privilege, such as:

The Regional Court of Braunschweig now has followed the latter two positions in its decision. This is good news. Companies are obliged to follow up on any leads regarding a possible breach of compliance. Law firms are regularly retained to perform internal investigations in such matters, with the specific purpose to prepare for the company’s legal defence. These internal investigations often times are meant to (and indeed do) take place prior to the initiation of any public prosecutor’s investigation. It would thus be neither proper nor practical to deny confidentiality protection to documents gained and prepared in such investigations.

Recommendations for practice
The Braunschweig ruling, although final, does not have binding effect on other courts. For that reason, and in view of the still conflicting views in the legal literature, it remains important in internal investigations to define the scope of the mandate in a way that it already covers the defence in possible legal proceedings and to beware that documents (such as a report or interview memoranda), even if clearly identified as confidential and prepared by outside counsel, may not be secure from seizure in all circumstances if kept in the care of the client. 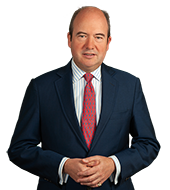