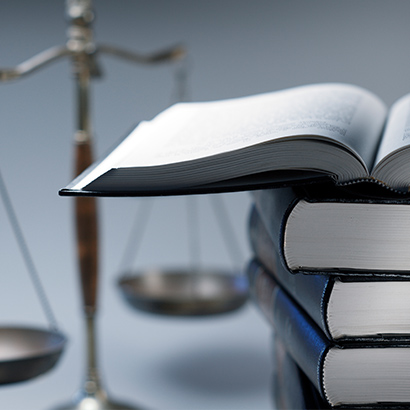 Advised a coalition of CEOs of church benefit programs on getting a reform package passed in the Senate and eventually enacted as part of year-end legislation.

Counseled and represented witness before US House of Representatives Select Committee Permanent Select Committee on Intelligence including representation in closed committee hearing and public testimony before Full Committee in Impeachment Inquiry, before the Senate Committee on Homeland Security and Government Affairs and Senate Finance Committee, and in connection with investigation by United States Attorney.
Represented and advocated on range of issues before FERC, DOE, PHMSA, EPA, and on Capitol Hill, related to development of a multi-billion dollar U.S. energy export project.

Advised the U.S. Chamber of Commerce on financial regulatory reform developments in the European Union and the United Kingdom.

Counseled, represented, and advocated on behalf of a major international offshore drilling company during multiple US congressional investigations and in hearings before the UK House of Commons related to the Deepwater Horizon oil spill.

Represented a major railroad on a range of multi-faceted legislative projects to enhance and fund infrastructure.

On behalf of standard setting client, successfully amended report language in the appropriations bill to more directly focus on policy issue under debate. Undertook targeted strategy to work directly with Congressional Leadership and key members of the authorizing and appropriating committees.

Represented a financial services provider navigate multiple rounds of rulemaking over multiple administrations, combining regulatory comments and meetings with authorizing and appropriations legislative and White House advocacy to position the client as a thought leader in the space and secure a positive outcome.

Assisted an addiction treatment program in expediting a significantly delayed state license by working with the Governor's office and members of the general assembly to move the process forward, allowing two facilities to begin accepting patients in need of services.

Represented a large staffing agency before Congress and implementing agencies to ensure its business model was appropriately addressed through representative examples in the Affordable Care Act implementing guidance.

Assisted the Midwater Trawlers Co-operative in securing appropriation language from the U.S. Congress to address inequitable terms of a loan to buy out certain fishing vessels.

Served as general counsel to an international maritime organization consisting of the companies transporting 90 percent of the world's global containerized cargo.

Represented Pitney Bowes in numerous regulatory issues before the Postal Regulatory Commission and the U.S. Court of Appeals.

On behalf of clients in the commercial space industry, secured hundreds of millions of dollars in appropriations under multiple programs to advance research, demonstrate technologies, deploy new capabilities, and promote in-space manufacturing.

Assisted a coalition of CEOs of church benefit programs in engaging in a successful Senate amendment strategy during the tax reform debate of 2017.

Established coalition of quantum computing industry’s early players to influence policy, with the objective of advancing the industry.  We have assisted in enacting critical legislation to the industry, including bill text that supports the industry vis-a-vis international competition, and helped secure hundreds of millions of dollars in appropriations for research and development.

Represented clients in a range of industries before the Administration to secure China and steel tariff exclusions, resulting in companies’ prospective savings and duty refunds of millions of dollars.