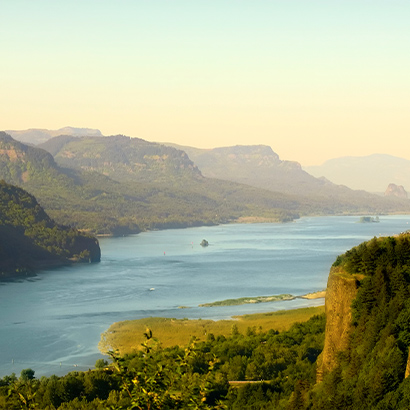 Advised Weyerhaeuser, a major timberlands and forest products company, on all water rights concerns, both in the Pacific Northwest as well as holdings in the Southeast.

Acting as counsel for environmental due diligence for acquisition of utility scale wind and solar projects.

Acting as counsel to an international turbine, pump, and related equipment manufacturer in the siting and permitting of a major cryogenic liquid equipment testing facility, being developed on a former brownfields site.

Acting as counsel to the developer of a transloading facility on the Columbia River to move Powder River Basin coal from rail to vessels for shipment to Japan, South Korea, and Taiwan - a project that would comprise the largest coal export facility on the west coast.

Acting as counsel to independent exploration and production company with respect to the development of all of its oil and gas holdings in Pennsylvania, including with respect to local and state permitting, compliance, enforcement, and incident response planning in connection with gas well drilling and pipeline construction and operation.

Represented an international independent transmission company as U.S. permitting and real estate counsel in a cross-border project involving development of a 1,000 MW direct current underground transmission line crossing Lake Erie connecting the Ontario and PJM grid in Pennsylvania. Our work includes federal, state, and local environmental, land use and related permitting issues. This will be the first direct connection between the Ontario, Canada electricity market and the PJM network serving the eastern United States, allowing for the flow of power and associated benefits between the two countries.

Acted as counsel to a U.S. city with respect to a $500 million, 240-acre brownfield redevelopment and endangered species habitat restoration project that included a planned LEED-certified retail, residential, and recreational complex and parks, trails, and endangered salmon habitat and wetlands restoration.

Acting as outside counsel representing King County in a multi-party private allocation process to divide responsibility for past and future Superfund cleanup costs on the Lower Duwamish Waterway.

Acting as environmental counsel to the owner of ski-related developments with respect to water and wastewater discharges and the permitting necessary to continue fullfilment of its overall development plan in the face of constraining regulatory requirements in a high-quality watershed.

Acting as counsel for a chemical company in Chicago with respect to residential lead contamination site.

Acting as counsel to the developer of a planned LNG export terminal in Texas.

Represented Specialty Granules, the leading U.S.-based producer of specialty granules used in the roofing industry, on the multi-year permitting process to obtain authorization for expansion of the company’s key metabasalt quarry and processing facility in south-central Pennsylvania. The expansion project was critical to the continued operation of the facility and preservation of one of the area’s largest employers.

Acting as counsel to a large manufacturing and supply company in connection with all aspects of response related to alleged discharge of materials into wetlands, including purported impacts to a large lake in New Jersey.

Acting as counsel to a client in Washington with respect to several aspects of environmental compliance and permitting for a facility conversion from coal-fired to natural gas, including water resource use and strategy.

Acting as counsel to leading bottled water company with respect to the siting and development of spring water sources and processing facilities in Ohio, Pennsylvania and other states, including with regard to water rights, water quality, wetlands, zoning, and land development.

Acting as counsel to wastewater treatment facility to negotiate terms and complete permitting for conversion of waste stream into biogas.