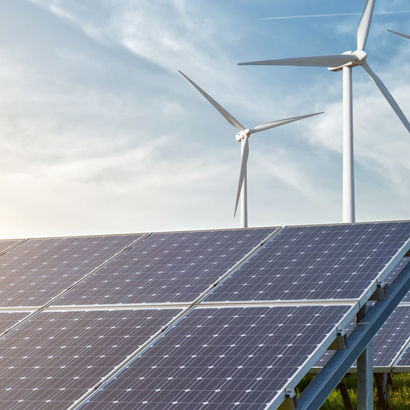 Represented the lender in a US$35 million facility to a solar energy finance company to fund certain installer advances.
Represented a leading EPC service provider in the development, construction, and operation of solar power plants, a subsidiary of a German energy company, in its appointment to construct a solar farm in southern New South Wales. Advised on the construction and operations & maintenance agreements. When fully operational, the 349MW solar farm will be one of Australia's largest, generating enough renewable energy to power up to 105,000 homes annually.
Represented two Taiwan-based companies engaged in solar energy project investment and construction in their sale of 100% of the shares of solar project entities with a 115MW solar portfolio comprising 14 projects in Taiwan to an investment management company. The consideration for the sale of shares was approximately US$46.8 million.
Represented a French multinational electric utility company and its U.S. subsidiary, a leader in energy efficiency, facility management services, and outsourcing for companies and communities, in its acquisition of a Spokane, Washington-based energy and sustainability management company.
Represented a multinational energy corporation as equity investor in the development of a portfolio of dairy digester projects and monetization of RIN and LCFS credits.
Represented a utility-scale wind and solar power developer in purchasing from an affiliate of an American electric power and natural gas holding company a portfolio of wind projects in development.
Represented a clean energy solutions provider, a subsidiary of a Fortune 500 American electric power holding company, in connection with the acquisition of all of the equity interests of a company developing a 20MW PV solar electric generating facility in Kern County, California.
Represented the joint venture of a public employees' retirement system and a financier of power generation assets in the acquisition of 80 percent of the cash equity interests of a developer and operator of renewables across the world in the owner of a 200 MW wind power facility in Kansas and a 150 MW wind power facility in Oklahoma.
Represented the joint venture of a public employees' retirement system and a financier of power generation assets in connection with its purchase of an aggregate 25% interest in a 550 MW photovoltaic power project in Riverside County, California (one of the largest solar power projects in the world), from an affiliate of a leading Fortune 500 global trading and business investment company. The transaction represented the first large investment by the public employees' retirement system in a renewable energy project.
Represented a regulated energy delivery and construction materials and services business in its acquisition of a wind farm in North Dakota being developed by an independent power producer and supplier that develops and acquires renewable projects and delivers clean energy solutions. The wind project is located near Hettinger, North Dakota, and is comprised of 43 turbines producing 107.5MW of electricity.
Advised a Norwegian wind farm and renewable energy developer, and its Ukrainian subsidiary, on the development, construction, and financing of a power generation facility and new substation for a 250 MW wind power project in Kherson Oblast, southern Ukraine, including advising on the investment treaty protection aspects of client's investment in an Ukrainian wind farm project.
Represented a Quebec, Canada-based renewable energy company in its acquisition of a portfolio of wind power projects in Northern France totaling approximately 350MW.
Represented a Portland, Oregon-based developer of utility-scale solar and wind power projects in the sale of its project portfolio to a power producer in Edmonton, Canada. The portfolio included approximately 1.9 GW of wind and solar energy development projects located throughout the United States, including an operating wind project in New Mexico.
Represented a manager of energy businesses in the acquisition of a national energy company that works with education, local government, commercial, industrial, and institutional organizations to implement efficiency and sustainable energy solutions that save money, enhance safety, improve assets, and protect the environment. The acquisition marked an early and important step in the ongoing transformation of our client from a company focused on the ownership and operation of natural gas-fueled and other fossil-fueled generating facilities to an energy management, energy services, and renewable energy company.
Represented the sponsor in a US$280 million residential solar loan warehouse facility.
Advised a solar developer, a subsidiary of a publicly held company, in the development of 45 small commercial-scale solar PV projects in Nevada.

Represented a developer of turnkey solar and energy storage solutions in the drafting of EPC agreements for the construction of several solar photovoltaic electricity generation facilities in California.