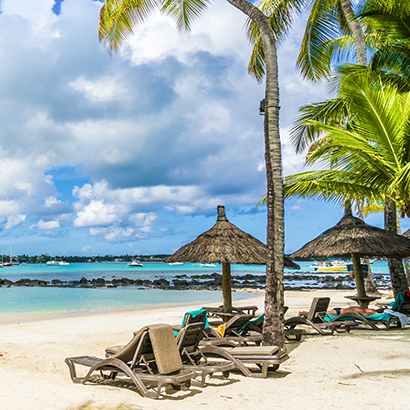 Represented RIU Hotels and Resorts in the acquisition of the 481-key Westin Aruba resort hotel in Aruba.
Assisted in the continued development of the 10,000 acre Kiawah Island Resort in John’s Island, South Carolina, including a refinance of its existing credit facilities and all federal and state land sales registrations.
Represented a public company based in Texas in connection with the development of several new branded hotels in Texas and New York and the negotiation of related management agreements and franchise agreements with international hotel brands.
Represented a Chicago-based hotel owner and operator in a number of hotel acquisitions throughout the United States, including negotiating the purchase and sale agreement, financing documents, joint venture documentation, and franchise and hotel management agreements related to the transactions.
Assisted an American multinational financial services company in the receivership sale of extended stay hotel in North Carolina.
Represented lender in the US$435 million permanent financing of a new 1,200 room international brand hotel in Seattle, designed to serve the expanded convention center.
Represented an asset manager in the acquisition of a US$125 million mezzanine loan indirectly secured by a hotel in Times Square, New York City.
Advised a Native American tribal trust on the acquisition of the Loomis Trail Golf Course south of Blaine, Washington. The transaction provides another amenity for the Silver Reef Hotel Casino Spa.
Defended online travel provider KAYAK in a patent infringement suit involving travel services software systems. Obtained partial summary judgment of patent invalidity and non-infringement, final summary judgment of patent ineligibility, exceptional case order, and fee award. Affirmed on appeal.
Advised the third largest cruise line in the world with respect to the U.S. regulation of its fleet and its U.S. flag operations, along with general compliance on a wide variety of laws, including those administered by the U.S. Coast Guard, Federal Maritime Commission, Maritime Administration, Customs and Border Protection, Environmental Protection Agency, the Department of State, and the Department of Treasury.

Represented client on the construction aspects of the St James Quarter development, a mixed use regeneration project in Edinburgh with a value of £850 million involving a joint venture partnership. The development includes 850,000 sq ft of prime retail space, luxury hotel, aparthotel, and serviced apartments accommodation, premium office space, and nearly 200 residential units.
Assisted an Italian group leader in the tourism and hospitality sector in restructuring its workforce at a global level.
Alongside the developer Kaufman & Broad, assisted the client acting as land's vendor and investor/partner on the off-plan project of a 430 room Hyatt hotel just near Roissy Charles-de-Gaulle airport in the Paris region.
Represented Fidelis Hospitality GmbH in the conclusion of several hotel lease agreements in Germany.
Provided day to day legal support across a range of commercial contracts for a high-end restaurant group. This included HR IT solutions, brand collaboration, a drinks development agreement, and review of their procurement processes.

Represented Vivacity and capital partner CorVal with their AU$20 million acquisition of the Sundown Motel Resort in the Australian Capital Territory.
Represented a multinational construction company regarding the development of the One Barangaroo project in Sydney, a major mixed use project incorporating premium luxury residential apartments, retail, hotel, and casino components, with an end value in excess of AU$1.7 billion.
Acted for a major bank in relation to its largest hospitality industry transaction, an AU$55 million facility to the Sandhill Road hotel and pub group, involving the acquisition and redevelopment of the Esplanade Hotel and Waterside Hotel.
Advised a Sydney hotel group on its AU$75 million restructure to enhance operational performance of its 14 hotels.
Acted for a client (an aboriginal corporation and custodian of native title) on the negotiation and settlement of a hotel business joint venture dispute. Negotiated and documented contracts for the purchase of hotel land and business located on traditional lands. Provided structuring and tax advice.

Represented owner of a restaurant and hotel space in connection with a Michelin “celebrity chef” operations agreement and co-branding agreement.
Advised the landowner client on its significant hotel land ownership restructure and the financing of its new InterContinental Hotel redevelopment.
Advised Pamfleet Real Estate on its novel investment into the PRC real estate sector by acquiring interests in a hotel commercial property in Shanghai.
Represented a resort developer with new projects and financings.
Represented a cruise company with regulatory and commercial issues in establishing operations in Asia.

Represented a hotel developer in connection with its hotel development and management documentation with an international hotel brand in Doha, Qatar.
Advised a Qatari real estate developer on numerous scheme agreements relating to a major mixed use development in Doha, Qatar.
Acted for a main contractor in the defence of two ICC arbitrations brought by subcontractors relating to the construction of a large beach resort project in Bu Samra, Qatar, including the dismissal of one claim (with costs) and the successful settlement of the second claim.
Advised a major international design practice on claims and counterclaims arising out of a landmark hotel project, litigated in the Qatar courts.
Return to top of page