On December 12, 2019, the Federal Deposit Insurance Corporation (FDIC) released proposed revisions to its brokered deposit regulation that will, if finalized in their proposed form, provide long sought relief for insured depository institutions (IDIs) and their business partners (the “Proposed Regulations”). In addition to adding new exceptions to the definition of deposit broker, and thus of brokered deposits, the Proposed Regulations would make it easier for third parties to assist IDIs in obtaining deposits without being deemed to be deposit brokers by facilitating the placement of deposits. Comments on the Proposed Regulations may be submitted until 60 days after the proposal is published in the Federal Register, which had not yet occurred as of the date of this article.

“Deposit broker” means, most importantly, any person “engaged in the business of placing deposits, or facilitating the placement of deposits, of third parties with insured depository institutions, or the business of placing deposits with insured depository institutions for the purpose of selling interests in those deposits to third parties.” The key terms in the definition of deposit broker are “engaged in the business,” “placing” of deposits, and “facilitating” the placement of deposits. Neither the FDI Act nor the brokered deposit regulation have defined these terms, which has meant that the industry has had to rely on the FDIC’s interpretations of these terms. The Proposed Regulations would resolve at least part of this problem.

A. Engaged in Business

In the Supplementary Information accompanying the Proposed Regulations, the FDIC states that it “would view” a person to be engaged in the business of placing deposits if that person has a business relationship with its customers, and as part of that relationship, places deposits on behalf of the depositor. Unfortunately, the FDIC did not propose any actual regulatory change to reflect this stated prospective position, but instead relies on this statement of intent in the Supplementary Information.

While “placement” of deposits envisions actual delivery of the funds to the IDI by a third party, the “facilitating” prong of the definition of deposit broker historically has been used by the FDIC to capture a very wide range of third parties who merely “connect” IDIs with depositors. Commenters to the Advanced Notice of Proposed Rulemaking that led to the Proposed Regulations rightly argued that the FDIC has broadly interpreted facilitating “to include any actions taken by third parties to connect” IDIs to potential depositors.

C. New Definition of Engaging in the Business of Facilitating the Placement of Deposits

The value of this definition could turn on what is meant by “directly or indirectly” sharing depositor information with the IDI. Presumably, the business could not deliver completed account applications to an IDI without the FDIC finding that the business is facilitating the placement of deposits. The FDIC also might intend to prevent non-deposit brokers from providing an interactive internet platform on which a depositor could complete and submit an account application directly to the IDI. On the other hand, merely providing an internet hyperlink to the IDI’s website where the depositor could then obtain and submit an account application might be permissible.

Under the fourth condition, the business could not act as an intermediary between a third party that is placing deposits on behalf of a depositor and an IDI, “other than in a purely administrative capacity.” The FDIC explains that “any assistance provided by such intermediaries, outside of providing purely administrative functions,” would result in the intermediary meeting the definition of deposit broker. Thus, for example, if one person qualifies for a primary purpose exception described below but uses an intermediary (in a manner that is not purely administrative) in placing or facilitating the placement of deposits, then the intermediary would be a deposit broker and the resulting deposits would be brokered deposits. Administrative functions would include, for example, reporting or bookkeeping assistance provided to the person that is placing its customers’ deposits, but would not include “decision-making or steering persons (including the underlying depositors)” to particular IDIs.

It would appear that the affinity programs set up by colleges and universities to facilitate banking arrangements for their students may benefit from the proposed definition. In that regard, commenters might want to encourage the FDIC to consider addressing the types of situations the final rules are intended to meet to provide greater clarity.

Even if a person otherwise is engaged in the business of placing deposits or facilitating the placement of deposits, the proposed regulations would include a process by which that person could apply to the FDIC for an exception, and in particular as an “agent or nominee whose primary purpose is not the placement of funds with depository institutions.” Although this “primary purpose exception” has been in the FDI Act since it was enacted in 1989, the FDIC has interpreted this exception very narrowly over the years. The proposed regulations would make this exception available in two reasonably clear situations, and possibly available in other cases.

Since 2005, the FDIC has applied the primary purpose exception to an arrangement under which funds in central asset accounts (CAA) and retirement accounts are swept to money market deposit or transaction accounts so long as, among other things, the swept funds each month do not exceed 10 percent of the total CAA and retirement account assets and the company provides monthly reports to the FDIC reflecting these calculations. [2] The Proposed Regulations add a similar, but broader, primary purpose exception. Under the Proposed Regulations, the primary purpose of an agent’s or nominee’s business would not be considered to be the placement of deposits if less than 25 percent of the total assets that the company has under management for its customers, in a particular business line, is placed at IDIs. Each company wanting to take advantage of this exception would need to apply to the FDIC for review and approval.

For this exception and the other primary purpose exceptions described below, the FDIC would analyze the person’s specific business line that is placing or facilitating the placement of deposits. The FDIC suggests that this approach is necessary to prevent the evasion of the brokered deposit restrictions by the combining of a deposit brokerage business line with a business line that qualifies for the exception. For these purposes, “business line” would refer to “the business relationships an agent or nominee has with a group of customers for whom the business places or facilitates the placement of deposits.” As explained by the FDIC through examples, a company that offers brokerage accounts that allow customers to purchase and sell assets, and which include a cash sweep option, would be one business line. Brokerage accounts offered to other customers without the cash sweep option would be a separate business line because those customers are not part of the group of customers for whom the company is placing deposits.

The FDIC would require each business that qualifies for this exception to make periodic reports to the FDIC regarding their activities, possibly on a quarterly basis. These reports likely would include information through which the FDIC can confirm that the business continues to place less than 25 percent of its total assets under management with IDIs.

It is unclear under the Proposed Regulations how the FDIC would treat a business if the percentage of assets under management that it places with IDIs changes from time to time, whether the business would be a deposit broker in one quarter but not the next, or if loss of the exemption would mean that the exemption is no longer available in later quarters. Under the 2005 Advisory Opinion, the company would not be considered to be a deposit broker so long as it did not exceed the permitted 10 percent ratio in consecutive months or for three months during any 12-month period.

Of particular value to the prepaid card and payments industries, again subject to an application process, the primary purpose of an agent’s or nominee’s business relationship with its customers will not be considered to be the placement of funds if the agent or nominee places depositors’ funds into transactional accounts for the purpose of enabling payments. Issuers of prepaid cards, e-wallets, providers of Health Savings Accounts, and similar accounts could benefit from this new exception.

If an agent or nominee places 100 percent of its customer funds into transaction accounts at depository institutions and no fees, interest, or other remuneration is provided to the depositor, then it would satisfy the primary purpose exception of enabling payments. The FDIC does not propose to completely ban the payment of interest or fees to depositors in order for this exception to apply, but if any interest or fees are paid by the agent or nominee or the depository institution, the FDIC would “more closely scrutinize” the agent’s or nominee’s business to determine whether the primary purpose is truly to enable payments. The FDIC would make its determination based on various factors, including the average volume of transactions for all of the customer accounts and the interest, and the fees or other remuneration provided.

Other Deposit Placements that Might Satisfy the Primary Purpose Exception

Agents of nominees that do not qualify for either of the above two primary purpose exceptions could still apply to the FDIC for the exception under the Proposed Regulations, but the standards under which the FDIC would approve such applications are less clear and would be based on “a number of factors.” Those factors would include:

The Proposed Regulations would effectively expand this employee exception to cover the employees of a bank’s wholly owned subsidiaries. The FDIC’s basic rationale is that “there is little practical difference between deposits placed at an IDI by a division of the IDI versus deposits placed by a wholly-owned subsidiary of the IDI.” Perhaps because the FDIC realized that it could not ignore the FDI Act’s definition of “employee” as meaning only those individuals who are employed exclusively by the depository institution, the Proposed Regulations declare that a qualifying subsidiary “is considered part of” the depository institution. All of the following criteria would need to be satisfied for this exception to apply:

[1] To provide clarity, this provision could be improved by adding commas as follows: “Providing assistance, or being involved, in setting rates, fees, terms, or conditions for the deposit account.” 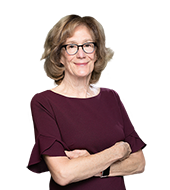