FERC Surges Ahead in Planning for Solar Flare Grid Standards

On May 14, 2015, the Federal Energy Regulatory Commission (FERC) proposed the approval of a new reliability standard to address susceptibility of electric transmission systems to the effect of geomagnetic disturbances (GMDs). GMDs are caused by solar events (e.g., solar flares) that can disrupt the earth’s magnetic field. GMDs are considered “high impact, low frequency” events.  Thus, while the possibility of such an event is remote, the consequences could be severe: widespread blackouts and damage to critical equipment that could take years to repair.

In May 2013, FERC finalized a rule directing the North American Electric Reliability Corp. (NERC), which oversees the reliability of the US bulk power system, to employ a two-stage system to develop reliability standards for grid operators to identify GMD risks and plan for mitigating those risks. The rule applies to reliability coordinators and transmission operators within areas that include certain transformers with terminal voltage greater than 200 kilovolts.

The second stage required NERC to create standards identifying benchmark GMD events to define the severity of the GMD events that grid owners and operators must assess for potential effects on the US bulk power system, as well as to develop new ways to help protect the US bulk power system against the adverse consequences of GMDs. These standards would require grid owners and operators to conduct a vulnerability assessment once every five years.

The Notice of Proposed Rulemaking (NOPR) issued by FERC on May 14, 2015, addresses the second stage, and would adopt NERC’s proposed standards to establish requirements for transmission planners and owners to assess the vulnerability of their electric transmission systems to a “benchmark GMD event.”  NERC has described such a benchmark GMD event as a “one-in-100 year” event.  FERC also proposes to direct NERC to modify its process of studying and benchmarking GMDs to rely on a more complete set of data and a reasonable scientific and engineering approach.

Comments to the NOPR are due 60 days after publication in the Federal Register. For the text of the NOPR, please click here. Additionally, information is also available at FERC’s website at www.ferc.gov. 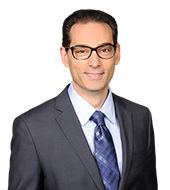