Citing a shortage of resources to respond to a “tidal wave of merger filings,” the Federal Trade Commission (FTC) has begun sending letters (Warning Letters) to the parties to many mergers and acquisitions that it has not completed its antitrust investigation of the transaction during the waiting period under the Hart-Scott-Rodino Antitrust Improvements Act.1 Further, the FTC has declared that it will continue that investigation after the expiration of the waiting period and that, if the parties close the transaction before the FTC completes its investigation, they do so at their own risk, since the FTC may pursue divestiture of the acquired business after closing.2 Earlier this year, the increased volume of filings had already caused the FTC to suspend the practice of granting early termination of the statutory waiting period.3 Until now, the FTC had generally completed its review within the statutory waiting period, and parties who made HSR filings had almost always known at the time the waiting period expired whether the transaction would face a federal antitrust challenge.4 The latest announcement may create further delays for deals (including those seeking year-end closings) and may create additional risk, with some buyers possibly being forced to close deals in the face of an ongoing FTC review.5 Post-closing divestitures often result in sales at fire-sale prices.

This alert will analyze the near-term impact of this new FTC practice on pending transactions and consider the possible longer-term impact on broader public policy considerations and how that might impact the mergers and acquisitions market under the Biden administration.

The HSR merger review process generally requires the parties to transactions with a fair market value that exceeds annually adjusted thresholds to file premerger notifications with the FTC and the Antitrust Division.6 The parties must then wait 30 days7 (the Initial Waiting Period) before closing. Prior to the end of the Initial Waiting Period, the FTC or the Antitrust Division may issue a request for further information (a Second Request). After the parties’ substantially comply with the Second Request, the parties must wait an additional 30 days (the Final Waiting Period) before closing the transaction.8 The purpose of the HSR notification and its statutory waiting requirements is to allow the antitrust enforcement agencies to challenge anticompetitive transactions before they are consummated and thus to avoid the competitive harm imposed by the consolidation, as well as the problems of “unscrambling the egg” once the transaction has closed and the acquirer is free to control and intermingle or further transfer the assets of both the acquiring and the acquired companies.9

Before the FTC initiated the use of Warning Letters, mergers and acquisitions agreements typically contained a closing condition tied to expiration or termination (or similar wording) of the statutory HSR waiting period, but did not expressly address this new concept of a “Warning letter.”10

In transactions in which the agreements were executed before the FTC introduced the concept of a Warning Letter and the agreements utilize the traditional waiting period language, disputes may arise over whether the closing condition is satisfied where such a Warning Letter has been received when the Waiting Period expires. Parties to such executed agreements should closely review the precise wording of those agreements and other evidence of the parties’ intent to determine their respective rights and obligations in considering how to proceed.

Parties currently negotiating yet-to-be-signed mergers and acquisitions deals should carefully review with antitrust counsel their draft transaction agreements and how to address the parties’ respective rights and obligations in the event a Warning Letter is received. Agreeing upon such contract terms is complicated by the circumstances that (i) the Warning Letters typically contain no commitment regarding when the FTC will complete its investigation, and (ii) some of the transactions in which Warning Letters have been issued appear to have little competitive effect in the market under traditional standards. Buyers may seek to treat receipt of a Warning Letter as being equivalent to receipt of a Second Request, triggering an extended waiting period or otherwise providing that they have no obligation to close until circumstances provide further assurance that an FTC challenge is unlikely. Sellers, on the other hand, may likely want to avoid such treatment on the argument that the FTC has not formally taken action and the waiting period has, in fact, expired or to at least impose some very limited and closely defined additional contractual waiting period after which buyer would be required to close the transaction unless a formal Second Request or a formal complaint challenging the transaction has been received.

Publicly reported terms of transactions following the announcement of the Warning Letter procedure have included extension of the closing for a limited period; extension of the closing date for as long as the FTC or Antitrust Division continues actively to investigate the transaction; indefinite extension of the closing; and no extension at all. Acquisition agreements also typically include covenants regarding the parties’ respective obligations to pursue antitrust filings and the level of effort required by both parties in seeking clearance. These provisions also will need to be reconsidered in light of this new FTC procedure. We are monitoring recent publicly -filed agreements to discern whether a market practice will emerge.

Extended Investigations Are Consistent With Other Biden Administration Policies and Actions

When considering the antitrust risks of a particular deal, as well as possible impacts on the broader mergers and acquisitions market, it is important to consider the recent FTC procedural change in the context of other recent statements and actions from the Biden administration aimed at promoting competition and, possibly, more aggressively limiting mergers and acquisitions transactions.

Indeed, any effect that this most recent change has in discouraging mergers would be consistent with the administration’s attitude that mergers have been too frequent and merger review policy has been too accommodating. President Biden’s Executive Order on Promoting Competition in the American Economy (the Executive Order) declared, “[O]ver the last several decades, as industries have consolidated, competition has weakened in too many markets, denying Americans the benefits of an open economy and widening racial, income, and wealth inequality.”11 Moreover, “Federal Government inaction has contributed to these problems, with workers, farmers, small businesses, and consumers paying the price.”12 One of the most important purposes of the federal antitrust laws, he said, is “resisting consolidation and promoting competition within industries through the independent oversight of mergers, acquisitions, and joint ventures.”13 He called upon the FTC and the Antitrust Division “to enforce the antitrust laws fairly and vigorously” and to consider revising the merger guidelines.14

Recently appointed FTC Chair Lina Khan has similarly declared, “[E]ven as the agency tackles the proliferation of unfair and deceptive practices, the current merger boom threatens to make these worse. Significant market consolidation deprives consumers, workers, and independent businesses of choice, further enabling dominant firms to engage in unfair practices.”15 She continued, “I am deeply concerned that the current merger boom will further exacerbate deep asymmetries of power across our economy, further enabling abuses.”16 In the context of a letter to Senator Warren regarding a particular vertical merger in the defense industry, she declared, “While structural remedies generally have a stronger record than behavioral remedies, studies show that divestitures, too, may prove inadequate on the face of an unlawful merger. In light of this, I believe the antitrust agencies should more frequently consider opposing problematic deals outright.”17

Following the Executive Order, the FTC has withdrawn its support for the Vertical Merger Guidelines jointly adopted with the Antitrust Division in 2020, and both agencies have announced a review of the existing horizontal and vertical merger guidelines.18 In July 2021, the FTC also withdrew its 1995 policy statement limiting the use in merger consent orders of provisions requiring the consenting parties to give prior notice of future acquisitions in the affected market (even where the HSR would not require a filing) and requiring the acquirer to obtain prior FTC approval before making further acquisitions in the affected market, thereby shifting the burden of proof to the merging parties.19 Although the FTC has not articulated standards regarding when it will employ such prior-notice and prior-approval provisions in future consent orders, the FTC’s action suggests broader use of such provisions in the future.

The new FTC policy introduces significant uncertainty and potentially additional delays in a mergers and acquisitions market in which deals are closing at a frantic and record pace. Parties should closely review existing agreements and may want to reconsider the drafting of pending agreements in order to determine their respective rights and obligations under this new approach.

From a longer-term policy and market perspective, members of the antitrust bar are debating the purpose and the effect of the Warning Letters. One commonly held view is that the FTC is truly overwhelmed with the number of merger filings and simply intends, when it is able to catch up, to go back and reconsider potentially problematic deals. Of course, the scope of what are considered “problematic deals” may be expanded by the revised merger guidelines called for by the Executive Order. Alternatively, the Warning Letters may be part of a comprehensive policy shift to aggressively dampen an overactive merger-and-acquisitions market and confront what the new administration views as undesirable economic or political concentration.

4 Although the FTC and Antitrust Division have always maintained the power to review and challenge any transaction that harms competition, including consummated mergers, the agencies have, up until now, rarely reopened investigations into transactions that they had previously scrutinized through the HSR premerger notification process. See, e.g., In the Matter of Seven & i Hldgs. Co., Ltd., Docket No. C-4748 (FTC, July 20, 2021); Chicago Bridge & Iron Co. N.V. v. FTC, 534 F.3d 410, 420–21 (5th Cir. 2008).

5 The Antitrust Division has not declared whether it is contemplating a similar procedural change.

10 For instance, the 2011 American Bar Association suggests the following wording as an HSR closing condition: “Any waiting period under the HSR Act applicable to consummation of the Contemplated Transactions will have expired or been terminated, and no action will have been instituted by the United States Department of Justice or Federal Trade Commission challenging or seeking to enjoin consummation of the Contemplated Transactions, which action shall not have been withdrawn or terminated.” 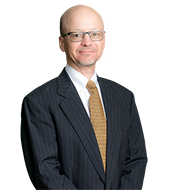 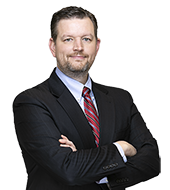