When Congress returns in mid-November, there are two “must pass” bills Congress will address: i) the Fiscal Year (FY) 2023 appropriations legislation and; ii) the FY23 National Defense Authorization Act (NDAA).

These two legislative vehicles may serve as the final, executable opportunities to pass and enact policy in the 117th Congress.

Fiscal legislation will be in the form of an all-encompassing, 12-bill omnibus package or, alternatively, another continuing resolution (CR) with flat funding into the118th Congress. The current CR expires on 16 December 2022.

Enactment of the FY23 NDAA is required by 31 December 2022. The NDAA has been continuously passed and enacted for 61 years. On 14 July 2022, the House passed the measure, as amended, by a vote of 329-101. On 11 October 2022, the Senate Armed Services Committee undertook consideration of its draft of the bill. A Senate floor vote on the measure is highly uncertain.

The recent Senate NDAA procedure serves two requirements. First, it provides the Senate a vehicle to negotiate with the House passed NDAA. Second, it provides “buy-in” for senators to support passage of a final, conferenced bill in November or December 2022.

Congress must pass annual government spending bills each fiscal year. Failure to do so results in a shutdown of the federal government. Stopgap CRs allow the government to operate under the previous FY spending allocations. Notably, CRs preclude any new start programs or fiscal allocations.

Advancing an omnibus package or a CR will depend on the outcome of the midterm elections. There are 15 days until Election Day.

The NDAA is widely expected to pass in the post-election, lame duck session.

The House of Representatives and Senate continue to wield considerable oversight over Department of Defense (DOD) programs and spending due to continuous passage of the annual defense bill.

As noted above, the Senate filed bill is unlikely to receive a final floor vote.

The chamber will be mired with other business during the lame duck session. Additional business the Senate plans to address after Election Day includes:

Negotiations over the final House and Senate conferenced legislation may include controversial amendments or riders. Because it is viewed as “must pass,” the NDAA attracts unrelated legislation in search of a vehicle for enactment.

This year is no exception.

Other potential NDAA amendments—many wide ranging, non-DOD related—include, but are not limited to:

Currently, the House has 17 legislative days before the end of the year; the Senate has 22.

Congressional appropriations and authorizations always present uncertain outcomes. That is particularly true in election years and with congressional turnover.

If you require any supplemental information or support, or have a specific item of concern, please contact Matthew Manning and Andrew Tabler. 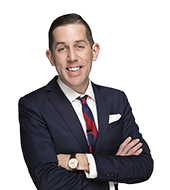 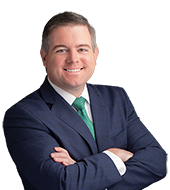