Fact Witness Evidence in International Arbitration: Is Change on the Horizon?

In recent years, the International Chamber of Commerce (the ICC) has turned its attention to the preparation and testing of fact witness evidence in international arbitration and enlisted the help of a task force to investigate whether fact witness evidence is fit for purpose (the Task Force). The work of this Task Force has culminated in a recent report published by the ICC on "The Accuracy of Fact Witness Memory in International Arbitration" (the Report). The Report picks up on concerns that have long been held by many practitioners and which have been expressed by a number of commentators: in essence, that contemporaneous documentary records often speak louder than increasingly finely polished fact witness statements crafted by the parties' counsel. In this alert, we summarise the key recommendations made by the Report and consider how they might contribute to changes in the practice of international arbitration.

The ICC Commission created the Task Force on Maximising the Probative Value of Witness Evidence, in response to a guest speech delivered by Toby Landau QC, which highlighted the fragile and malleable nature of human memory and questioned whether commonly adopted practices in international arbitration are unwittingly corrupting the fact witness evidence that arbitral tribunals rely on for the fair resolution of disputes. The Task Force's mandate was "to look at the science (with input from eminent psychologists specialising in human memory), at arbitral practice (with input from Task Force members specialising in international arbitration around the globe) and to consider whether modifications could be made to current practices, or alternative approaches could be adopted to enhance the probative value of fact witness evidence in international arbitration…".

The Report reinforces the value and importance of witness evidence in international arbitration, but considers the reliability of memory issues on the value of that evidence and sets out recommended steps and measures that all parties can take to seek to preserve the accuracy of fact witness evidence.

Why is the Report Relevant to the International Arbitration Community?

Fact witness evidence has historically played a central role in international arbitration, particularly with parties from common law jurisdictions. Written witness statements have become a mainstay of arbitral proceedings (U.S. style depositions and direct oral examination play only a very limited role) and, for many participants, oral cross examination of fact (and expert) witnesses is considered to be one of the main functions of a 'final' hearing. Moreover, as the Report highlights, the decision of the arbitral tribunal on the merits of the case will often turn, in varying degrees, on the witness evidence that has been presented. Unsurprisingly, the preparation and examination of fact witness evidence is often time consuming for all those involved, and the amount of time committed often has a significant impact on the overall cost of proceedings. The time, effort and cost in preparing and examining fact witness evidence is often justified on the basis that the evidence assists the tribunal in reaching a just decision in the case, but that justification is called into question if the evidence presented is not as reliable as the parties contend it to be.

The "best practices" for preparing fact witness evidence adopted by arbitration practitioners were not developed with the science of human memory in mind and that science suggests that witness memory may be imperfect and easily distorted. Accordingly, the Report considers whether fact witness evidence presented in international arbitration is as reliable as the participants in the process (and, most importantly, the tribunal) believe it to be and, thus, whether the time and expense involved in producing such evidence can continue to be justified going forward.

Measures to preserve the accuracy of witness memory

Section V of the Report sets out a detailed list of the various steps that can be taken by all involved (including in-house counsel, external counsel and the tribunal) to mitigate or eliminate the factors that may distort the memory of witnesses and to better assess the weight that should be given to fact witness evidence in light of such distortions.

Although the Task Force's recommendations provide a useful statement of best practice, they are not exhaustive, nor are they intended to be "one-size-fits-all". Each dispute will turn on its facts and practitioners will need to evaluate what steps are appropriate and proportionate to the evidence in their case.

Implications on the practice in international arbitration:

The science behind human memory is an incredibly complex topic, but it is an area that has already started to influence the preparation and testing of fact witness evidence in other dispute resolution contexts. For example, the accuracy and probative value of witness evidence has also been under scrutiny in the Business and Property Courts of England and Wales (the Courts), who have recently issued a new Practice Direction in relation to fact witness evidence at trial. The Practice Direction came into force on 6 April 2021 and requires parties to take additional steps in preparing fact witness evidence for use at trial, many of which have been developed taking into consideration the science behind human memory (for further information, please see our prior client alert.)

A key question remains to what extent tribunals will seek to take the lead in directing how fact witness evidence is to be prepared. In the Courts, it is plainly far easier for the judiciary to issue Practice Directions that are applicable across all cases commenced in that court. In international arbitration, absent tribunals taking the lead, it is problematic to expect individual law firms to drive change by unilaterally adjusting their own practices if that would have the result that there is an asymmetric approach taken to fact witness evidence preparation in each case, particularly as their own clients may see their cases adversely impacted. It will be interesting to see over the coming months whether more forward thinking arbitrators and practitioners seize upon the Report to drive more developed language defining the approach to fact witness statement preparation that will find its way into Procedural Orders. 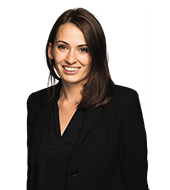 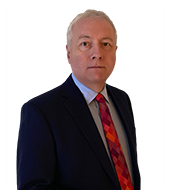