The case of Moffet v Dental Corporation Pty Ltd [2019] FCA 344 was recently determined by the Federal Court of Australia, and is another important decision relevant to dental practices. It considered the critical question of whether a person who was engaged as an independent contractor was in fact an employee.

The case highlights a number of risks that the use by a clinic of an independent contractor agreement may give rise to, including that:

It is important to note that this case dealt with a "Services Agreement" (sometimes known as an "Independent Contractor Agreement") under which Dr Moffet was engaged to provide services to Dental Corporation Pty Ltd (Dental Corporation). That arrangement differs from those under a genuine Services and Facilities Agreement (SFA) where the clinic is engaged to provide services to the practitioner in exchange for a fee.

Subsequently, Dr Moffet filed an application in the Federal Court for relief under the Fair Work Act 2009 (Cth) (FW Act), the Long Service Leave Act 1955 (NSW) (LSL Act) and the Superannuation Act on the basis that he had been engaged by Dental Corporation as an employee and not an independent contractor.

In light of the above factors, the Federal Court determined that Dr Moffet had been engaged as an independent contractor and not as an "employee" or "worker" as defined in the FW Act and the LSL Act, respectively.

This decision is an important reminder that every facet of the relationship between the parties will need to be examined and closely considered. This extends both to the form of the agreement in place and the manner in which the relevant arrangement between a clinic and a practitioner is implemented in practice. It also highlights the ongoing potential for adverse consequences that may arise from the use of independent contractor agreements. 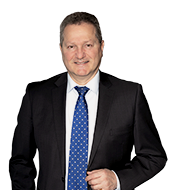