The California State Legislature recently enacted, and the Governor signed into law in late September 2016, two new pieces of legislation that will affect employers with California employees in 2017.  Senate Bill (“SB”) No. 1241 restricts choice of law provisions that govern employment disputes.  Assembly Bill (“AB”) No. 1732 requires gender-neutral signage on certain bathroom facilities within business premises.  Both of these new laws are bound to impact the majority of employers who have California employees and/or offices in California and should be duly considered as 2017 approaches.

SB 1241 Overview
SB 1241, signed into law by Governor Jerry Brown on September 25, 2016, limits the ability of employers to impose choice of law and venue selection provisions upon California-based employees.  The new law makes it illegal for an employer to require as a condition of employment that “an employee who primarily resides and works in California . . .  agree to a provision that would . . .  [r]equire that employee to adjudicate outside of California a claim arising in California” or “[d]eprive the employee of the substantive protection of California law with respect to a controversy arising in California.”  If an employer wrongfully includes either such provision as a term of employment, that provision is voidable by the employee and the matter will be adjudicated in California under California law.  It should be noted that in this context, adjudication includes both litigation and arbitration.  If an employee chooses to void an improper choice of law or forum selection provision, the employee may also be entitled to reasonable attorney’s fees for enforcing his or her rights under SB 1241.

This new law affects contracts entered into, modified, or extended on or after January 1, 2017.  The law does not apply, however, to employees who are “in fact individually represented by legal counsel in negotiating the terms of an agreement to designate either the venue or forum in which a controversy arising from the employment contract may be adjudicated or the choice of law to be applied.”

SB 1241 in Practice
Because this law applies only to  employees who primarily “reside[] and work[] in California,” employers would be well advised not only to address the issue for those California resident employees known to be covered by the law but also to track the primary addresses of employees who live out-of-state but do any work whatsoever within the state of California.  By doing so, as well as requiring confirmation of their nonresident status, employers will more easily be able to determine whose employment contracts cannot include these terms.

AB 1732 Overview
As of March 1, 2017, all California businesses will be required to identify single-user toilet facilities as all-gender.  AB 1732, signed into law by Governor Jerry Brown on September 29, 2016, requires the display of a sign to that effect and in accordance with Title 24 of the California Code of Regulations (the California Building Standards Code, which specifies restroom door sign requirements more generally, as well as with regard to ADA compliance).  The single-user toilet facilities must also be designated for use by no more than one occupant at a time, unless for family or assisted use.  Under this law, “‘single-user toilet facility’ means a toilet facility with no more than one water closet and one urinal with a locking mechanism controlled by the user.”  This means that businesses will no longer be permitted to label any single-toilet restrooms as male or female only.

Regarding enforcement, the law specifically permits inspectors, building officials, or other local officials responsible for code enforcement to inspect for compliance with the bathroom signage requirement.  Though the law does not specify a penalty for noncompliance, violations will likely be assessed on the local level as municipalities pass or revise ordinances in response to AB 1732’s enactment.  For example, although Chapter 13.26 of the Los Angeles County Code does not currently apply to single-occupancy toilets, it specifies signage requirements for multistall public bathrooms and provides that a violation “shall be deemed a misdemeanor punishable by a fine not to exceed $500.00 or a term in County Jail not to exceed six months, or by both such fine and imprisonment.”  Accordingly, businesses should not ignore the signage requirement because penalties may not be inconsequential.

AB 1732 in Practice
As mentioned above, the new law only requires gender neutral signage for single-occupancy toilet facilities.  For most mid-size and large businesses that provide customers and employees with gender-specific bathroom facilities with multiple toilets, no change is required by law.

Businesses with only one toilet facility that is currently used in a unisex manner will not be required to make any changes to comply with the new law, so long as the existing sign makes clear that persons of any gender can use the facility.  Businesses that offer two or more single-occupancy gender-specific bathrooms will be required to replace the traditional “Men” and “Women” displays with identical all-gender signs, allowing universal access to both.

The bill’s author, Assembly member Philip Y. Ting, claims that AB 1732 is the country’s most inclusive bathroom accessibility law to date.  According to Ting, AB 1732 will ensure that safe, private, and convenient bathroom access is available to all, regardless of gender identity, sexual orientation, or need for caretaker assistance. 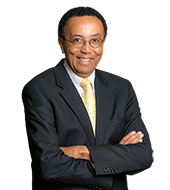