‘Fitness for Purpose’ and Conflicting Obligations in Offshore Wind Projects

Two recent cases in the UK illustrate the tricky issues Employers and Contractors have to grapple with in defining the responsibilities of contractors involved in the construction of offshore wind projects.

There are no established standard form contracts for offshore wind farm projects. The standard forms that are often adapted for this purpose include traditional offshore forms used in the oil and gas industry such as the LOGIC forms and standard engineering contracts more commonly used for onshore projects such as FIDIC, particularly the FIDIC Yellow Book.

Neither form is ideally suited for use in the offshore wind industry and they are often heavily amended, particularly in relation to design obligations. The cases summarized below illustrate some of the tensions that can arise, particularly in relation to design and fabrication of monopiles and transition pieces and requirements that they should be fit for their intended purpose.

This case concerned, inter alia, the meaning of “fit for purpose” in the context of the manufacture of monopiles (“MPs”) and transition pieces (“TPs”). Fluor had agreed an EPC contract with Greater Gabbard Offshore Winds Limited (“GGOWL”) for 140 wind turbine generators to be installed in the North Sea. Fluor commissioned ZPMC to manufacture MPs and TPs which would then be shipped from Shanghai to Holland before subsequent installation at site.

The dispute arose when it was discovered that some of the MPs and TPs manufactured by ZPMC had welding defects. The ZPMC contract contained a fitness for purpose obligation on ZPMC, which stated that the goods must be “...of good quality, fit and sufficient for the purposes for which they are intended...”.

The contract further provided that “inspections by COMPANY [Fluor] shall not relieve SUPPLIER [ZPMC] of complying with all expressed or implied specifications nor of SUPPLIER guaranteeing that the materials shall perform satisfactorily under conditions specified”.

Fluor subsequently made repairs to the MPs and TPs and brought a claim for damages against ZPMC alleging that the additional testing and repair costs it had incurred were as a result of the MPs and TPs not being fit for purpose. Fluor’s argument was that on delivery, the MPs and TPs had to be:-

i. In a condition such that a reasonable buyer in the position of Fluor could load them out and install them in the seabed without further examination or remediation; and

ii. Suitable for installation in the seabed and thereafter to perform in service satisfactorily for 25 years.

ZPMC argued that the test of fitness for purpose was an objective one based on the purpose of the MPs and TPs – to act as foundations for offshore wind turbines with a service life of 25 years. Once this purpose was identified, then the only question was whether the goods supplied were capable of supporting the wind turbines for 25 years – either they were capable of doing so or they were not, and Fluor’s particular view as to whether they were fit for purpose was irrelevant. Accordingly, ZPMC contended for a narrower interpretation of the term ‘fitness for purpose’.

The Court found surprisingly little case law to assist it. Rather, in circumstances where goods have only one use (as here) such that fitness for purpose and merchantable quality amount to the same thing, it adopted a test of merchantability formulated by the Australian High Court in Grant v Australian Knitting Mills Ltd2 (approved by the Privy Council and House of Lords in Henry Kendall3): “The condition that goods are of merchantable quality requires that they should be in such an actual state that a buyer fully acquainted with the facts and, therefore, knowing what hidden defects exist and not being limited to their apparent condition would buy them without abatement of the price obtainable for such goods if in reasonably sound order and condition and without special terms.”

The Court went on to say that in a situation where a buyer knows the true condition of the product but is unable to discover without lengthy investigation whether that condition affects its use, the only reasonable option for the buyer is to take time to establish the extent to which use is affected. In Fluor’s case, due to the welding defects, the MPs and TPs were not in a condition where a reasonable purchaser could, without any further investigation, load them onto the installation vessel and install them in the seabed. As the MPs and TPs were not in such a condition, they were not fit for purpose.

The surprising scarcity of case law on the meaning of “fit for purpose” makes this judgment a significant one for companies who buy or sell goods in any commercial context, but it is particularly relevant to parties who are contracting for parts and equipment for windfarms. From a buyer’s perspective, it is a comfort that where there are legitimate concerns about fitness for purpose, the buyer may be justified in refusing to accept delivery until fitness for purpose is established. From a manufacturer’s perspective, the judgment provides less comfort, as the costs incurred in establishing fitness for purpose will generally be for the manufacturer’s account. The case provides a reminder of the importance for manufacturers of providing high quality materials and equipment which meets the applicable contractual requirements and for such equipment to be thoroughly inspected to identify any defects before it is handed over. If there is reason to doubt the quality of the equipment supplied, the ramifications for manufacturers could be very costly.

This case concerned the extent of a contractor’s design obligations under a contract for the construction of wind turbine foundations. MTH successfully tendered for the design and installation of two offshore wind farms at Robin Rigg in the Irish Sea. The key provisions of the tender documents were:-

MTH produced a foundation design based on strength calculations set out in J101. DNV was appointed as certifying authority and approved MTH’s design, allowing installation to take place.

Subsequently, grouted connections between the monopiles and the transition pieces began to fail. DNV carried out a review and it became clear that DNV’s strength calculations as set out in J101 were incorrect and the strength of the grouted connections had been over-estimated.

A dispute arose between the parties over liability for costs of the required remedial works. MTH contended that it had exercised reasonable skill and care, and had complied with all its contractual obligations, including the requirement to build to J101, and so should have no liability for the cost of the remedial works. In contrast E.ON contended that MTH had been negligent and also had been responsible for numerous breaches of contract, and they claimed declarations to the effect that MTH was liable for the defective grouted connections.

There were three court hearings on the matter:-

1) The Technology and Construction Court (TCC)5 rejected that MTH had been negligent but found for E.ON because (i) the Contract required the foundations to be fit for purpose, (ii) fitness for purpose was to be determined with reference to the tender documents, and (iii) para 3.2.2.2 required the foundations to be designed with a lifetime of twenty years.

2) The Court of Appeal (CA)6 overturned the TCC decision and found for MTH. If confined to the terms of the tender documents and in particular para 3.2.2.2, the CA commented, it appeared that MTH had given a warranty that the foundations would function for 20 years. However, there were inconsistencies between the tender documents and the main body of the contract, and in light of these, the provisions of the main body should prevail. The CA concluded that the relevant provisions in the tender requirements were “too slender a thread upon which to hang a finding that MTH gave a warranty of 20 years life for the foundations”.

3) The Supreme Court (SC)7 found for E.ON on the basis that the Part 3 requirements (in the tender documentation) including para 3.2.2.2 were “MINIMUM REQUIREMENTS” that MTH had to meet and where there were inconsistencies between Part 3 and the main body of the Contract, the higher standard would prevail. MTH could not rely on the J101 error and was obliged to improve the design so that it was fit for purpose.

With regard to the “too slender a thread” argument favored by the CA, the SC said that the poor drafting of the contract, including the fact that an onerous obligation featured in a technical document appended to the Contract, was not a good reason for departing from the normal principles of contractual interpretation i.e. to ascertain the intention of the parties from the language used in light of the factual situation in which the contract was made. In the context of the requirement of a minimum 20 year design life (see above), the SC said it was “scarcely surprising” that there were further provisions for “General Design Conditions” and the “Detail Design Stage” elsewhere in the tender documents.

EPC contracts are complex documents, not least because they address extensive legal and technical issues, and often obligations will be dispersed across multiple sections and clauses. Given these complexities, it is often the case that the respective obligations of the parties are not crystal clear. This case shows how the courts will analyze such contracts – by referring to all parts of the contract to determine its meaning in accordance with normal principles of interpretation.

There are, however, contractual methods by which parties can add clarity. For example, clauses which dictate a hierarchy of priority for conflicting provisions in different sections / parts of the contract should narrow the scope for inconsistency. Further, if the intention is that a contractor is only obliged to meet certain technical standards (such as J101), then this should be plainly stated. Alternatively, the contract should clearly set out the standard that the contractor is expected to meet. Where that standard is ‘fitness for purpose’, this should be clearly defined - and, for example, a contractual requirement that the condition of the equipment be certified by an appropriate, independent third party will help to remove scope for future dispute on whether the standard has been met.

Together, the two cases illustrate (i) how the phrase “fit for purpose” will be interpreted in the absence of further express contractual requirements (Fluor) and (ii) some of the pitfalls that can occur when parties do try to expressly define the standards to be met by a (sub)contractor and how the courts will approach contractual provisions that purport to define fitness for purpose (M/T Højgaard).

In circumstances where there is pressure on all participants to reduce the costs involved in the development of offshore windfarms, taking (i) extra care over the use of generic phrases including ‘fit for purpose’, and (ii) account of the guidance provided by the courts, at the time of contracting, is a prudent approach to avoid unexpected additional costs and potential disputes over responsibility for such costs. 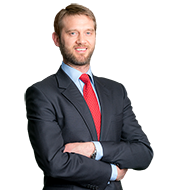 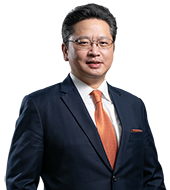