On August 30, 2017, in EQT Production Company v. Wender, the United States Court of Appeals for the Fourth Circuit affirmed a federal district court’s invalidation of a West Virginia county’s ordinance banning oil and natural gas wastewater storage at horizontal drilling sites and underground injection control (“UIC”) wells. The Fourth Circuit concluded that the West Virginia Oil and Gas Act (the “Oil and Gas Act”) and West Virginia UIC Program preempted the ordinance. [1] The Fourth Circuit’s ruling is the latest development in the evolving caselaw regarding whether, in the Appalachian Basin, local governments are preempted from regulating oil and gas operations. [2]

The Wender Decision
In its decision, the Fourth Circuit ruled in favor of EQT Production Company (“EQT”) by affirming the U.S. District Court for the Southern District of West Virginia’s holding that Fayette County's (the "County") ban on wastewater disposal is preempted by the state and federal laws under which West Virginia issues injection well permits. [3]

In January of 2016, Commissioners of Fayette County, West Virginia (the “County”) enacted an “Ordinance Banning the Storage, Disposal, or Use of Oil and Natural Gas Waste in Fayette County” (the “Ordinance”), which explicitly prohibited the use of UIC wells for purposes of permanently disposing of natural gas waste and oil waste. [4] Immediately afterwards, EQT challenged the Ordinance in the district court, asserting that it was preempted by the comprehensive state and federal regulations that are associated with West Virginia's UIC permit program, the federal Safe Drinking Water Act, and the Oil and Gas Act. [5] EQT asked the court to enjoin the enforcement of the Ordinance. [6] In response, the County argued that the savings clause in West Virginia's Water Pollution Control Act (“WPCA”) gives it the authority to abate anything that its commission determines to be a public nuisance, including UIC wells. [7]

The Fourth Circuit explained that, in West Virginia, county commissions have only the powers that are granted to them by the state, meaning that when a “provision of a municipal ordinance is inconsistent or in conflict with a statute enacted by the Legislature the statute prevails and the municipal ordinance is of no force and effect.” [8] The Fourth Circuit stated that, as a result, “West Virginia law simply does not permit a county to ban an activity—here, the permanent disposal of wastewater in Class 2 UIC wells—that is licensed and regulated by the state pursuant to a comprehensive and complex permit program.” [9]

The Fourth Circuit also explained that the County’s reliance on the savings clause in West Virginia’s WPCA was misplaced because West Virginia regulates UIC wells not only under that statute but also under its Oil and Gas Act, which does not contain a savings clause. [10] Rejecting the County’s broad interpretation of the WPCA’s savings clause, the Fourth Circuit stated that the purpose of the clause is to preserve private citizens’ rights to bring a nuisance action against a state-permitted activity, not to ban that activity altogether. [11]

The Future of Local Regulation of Oil and Gas Operations in West Virginia
Generally speaking, under the evolving preemption caselaw in West Virginia, local governments cannot enact ordinances that regulate the development of UIC wells. However, oil and natural gas production and associated companies operating in the Appalachian Basin should continue to monitor these issues so that they have a full understanding of their rights and obligations in relation to local government actions that impact their operations. 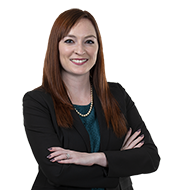