A comprehensive change to German insolvency and restructuring law has become effective starting 1 January 2021. The change allows that a company's reorganization is possible without insolvency and includes the majority decision of its creditors.

In its final session in 2020, the German Bundestag passed the so-called Act on the Further Development of Restructuring and Insolvency Law (SanInsFoG), which will be applicable starting 1 January 2021. The law is based, among other things, on an EU directive that requires all member states to allow non-insolvency restructuring. The expected economic dislocations, as a result of the Covid-19 pandemic, have prompted German lawmakers to bring forward this legislative project and also create additional extensive mitigations for the economic consequences of the lockdown for companies.

The provisions of the SanInsFoG are divided into three main areas: At its core is the Stabilization and Restructuring Framework Act (StaRUG), the amendments to the German Insolvency Code (InsO) (which are substantial), and the specific relief linked to the impact of the COVID-19 pandemic, is intended to mitigate its economic consequences.

German legislation has broken new ground with regard to the StaRUG. Restructuring proceedings under the StaRUG will not be considered insolvency proceedings and court decisions are only necessary to a manageable extent.

The prerequisite for the application of the StaRUG, is the imminent illiquidity of a company. According to the legislator's new definition, imminent illiquidity exists when a company is not predominantly likely to be solvent for the subsequent 24 months. This will be inevitable for many companies that are experiencing a crisis situation. However, the provisions for out-of-court restructuring are excluded if a company is over-indebted, i.e., will only be solvent for less than twelve months, or are already illiquid. In the latter case, however, companies have the autonomy to self administer restructuring via insolvency proceedings.

The new regulations, however, exclude the rights of the employees. Should the restructuring process result in job cuts or losses, the company must cover the costs of such cuts from its existing assets or opt for restructuring through insolvency proceedings. Originally, the draft law provided that the company has the right to terminate current contracts (e.g., leases), however, these options have not yet been addressed by the legislator.

A new provision includes such that different treatment in the individual groups may be justified only if this is due to the economic difficulties of the company, which cannot be resolved in any other manner. The change with regard to the "absolute priority rule" is a major shift within German law and is now evident in the regulations on insolvency plans. This innovation makes it clear that, under certain circumstances, the interests of the company can take precedence over the interests of creditors.

It is also possible that the StaRUG procedure, comparable to the rules governing insolvency proceedings, will include greater involvement of the court and may necessitate the appointment of a restructuring officer. A more formal form of StaRUG proceedings is particularly recommended, should additional measures to support the restructuring be ordered by the court. This is the case, if the court issues stabilization orders for a period of up to three months, which allows the company to carry out the StaRUG proceedings: For example, measures of foreclosure can be prohibited or discontinued, or creditors who possess the rights of segregation and separation can be prohibited from realizing the secured items. Moreover, during the term of the stabilization orders, creditors are unable to file for insolvency.

If a court-ordered restructuring plan vote is desired, the overall plan will be formally voted on through discussions or meetings. At the request of the company, the court can conduct a preliminary examination of the plan and address the concerns of the parties that could be affected. Such an approach is recommended when a large number of creditors' rights are affected by the restructuring plan or if creditors are affected who have different interests or who have not yet participated in such a procedure.

The appointment of a restructuring representative (Restrukturierungsberater), comparable to the authority in self-administration proceedings, is not mandatory for StaRUG proceedings. The court will only appoint a restructuring representative if the company files a corresponding application or if the rights of small creditors are interfered with, as part of the restructuring, or if stabilization orders are directed against all creditors of the company. In order to act as a restructuring officer, an experience in restructuring matters, as well as the qualification of a tax advisor, auditor, lawyer or comparable training is required. The remuneration of the restructuring officer shall be based on hourly rates which, as a rule, shall not exceed EUR 350. Exceptions may be made, based on individual cases.

The announcement of the decisions in a StaRUG proceeding, which is only possible beginning 17 July 2022, can be done only if requested by the company itself. The publication means that the StaRUG measures must also be recognized in other EU/EEA states.

The StaRUG process grants a struggling company several options for reorganization. The StaRUG also requires the company's management to continuously monitor potential threats to its economic status. The draft law stipulates that a "shift of fiduciary interests" in favor of creditors should occur from the onset of imminent insolvency, and that the managing directors would be liable should they fail to comply. However, this provision has not been adopted by the legislator. Nevertheless, liability of the executive bodies is to be assumed in situations where they fail to take into account impairments in their management activities that could potentially jeopardize the existence of the company. If their prerequisites for ordering are not met, after the application for the stabilization orders, the management shall be liable for the damages suffered by the affected creditors as a result of the ordering of the measures.

Furthermore, the applying company must declare whether and to what extent, it is in arrears with the fulfillment of liabilities arising from employment relationships, pension commitments or the tax debt relationship, vis-à-vis social security institutions or suppliers, whether enforcement or security realization stays have been ordered in the last three years pursuant to the InsO or the StaRUG and whether it has complied with its disclosure obligations pursuant to the German Commercial Code with regard to its annual financial statements in the last three financial years.

Should the applying company be deficient in these mandatory additional disclosures, the appointment of a temporary administrator (and thus the order of temporary self-administration), can only be made if, despite these circumstances, it is to be expected that the applying company is willing and able to align its management with the interests of the creditors. The same applies if self-administration significantly exceeds the costs of regular proceedings and if the financial plan to be submitted shows a liquidity gap. The requirements for self-administration have thus been significantly increased.

Also regulated by law, is a right of the applying company to a preliminary meeting with the insolvency court who is responsible. According to this provision, the applying company has a right to a preliminary meeting, if it meets certain requirements, in order to discuss with the competent judge the issues relevant to the proceedings, in particular the requirements for self-administration, the self-administration plan, the composition of the preliminary creditors' committee, the person of the preliminary administrator, protective orders, and the authorization to create liabilities to the assets involved in the insolvency proceedings. Up to now, this has been handled differently by the individual courts (in the absence of a legal entitlement).

The law is also amended with regard to the obligation to file for insolvency, the resulting payment prohibitions, and the liability of the managing director. If a legal entity becomes illiquid or over-indebted, the insolvency petition must be filed immediately and without delay. The filing must be submitted no later than three weeks after the occurrence of illiquidity and six weeks after the occurrence of overindebtedness. In the case of over-indebtedness, the period for filing the petition is extended to six weeks. This is intended to provide the petitioning company with the opportunity to bring ongoing restructuring efforts to a successful conclusion or also to prepare for restructuring via insolvency proceedings, for example in the form of self-administration.

The provisions on payment prohibitions in the current law, which are distributed among the company law codifications, are now combined into one general provision, which will henceforth be found in the InsO. At the same time, there is a deviation from the established case law of the German Federal Court of Justice on this subject: payments within the maximum periods do not give rise to liability on the part of the managing directors, if they were necessary to maintain the business operations and as long as the managing directors subject to the application took measures to permanently eliminate the maturity for insolvency or to properly prepare the insolvency application.

Should an organizations obligation to file for insolvency be suspended between 1 January 2021 and 31 January 2021 hereunder, the statutory exemptions from lender liability and set aside claims for new financings and their collateralization and the exemptions from management liability continue to apply (see COVID-19: Update to the Amendments of the German Insolvency Act)

In connection with the introduction of the StaRUG and the amendments to the Insolvency Code, transitional relief measures have been introduced to mitigate the consequences of the COVID-19 pandemic. In order to demonstrate that a company is not over-indebted, management is required to provide a liquidity forecast covering the following 12 months, which illustrates that no liquidity shortfall exists. However, if an over-indebtedness is determined to be a result of the COVID-19 pandemic, management may use a shorter period of four months versus 12 months between 1 January 2021 and 31 December 2021.

This is presumed if:

In addition, between 1 January 2021 and 31 December 2021, companies may still apply for protective shield proceedings even if illiquidity has already occurred and (whether within or outside of such protective shield proceedings) companies may still apply for self-administration under the old simplified conditions (i.e., without having to submit a financial plan and without the other conditions set out above) if the illiquidity or over-indebtedness of the company is attributable to the COVID-19 pandemic. This is (irrefutably) presumed when the company submits a certificate from a person qualified in insolvency matters (auditors, lawyers, etc.) stating that:

In so far as the requirements set forth in no. 2 or 3 are not satisfied or not satisfied in full, it shall also be sufficient to state in the certificate that, due to special circumstances that are embedded in the company or the industry to which it belongs, or due to other circumstances or conditions, it can nevertheless be assumed that the insolvency is attributable to the COVID-19 pandemic.

Alternatively, insofar as the application of the simplified old conditions for self-administration is concerned, it is also sufficient for the company to clearly state in its insolvency petition that, as of the petition date, it no longer has any liabilities that were due and undisputed on 31 December 2019. Additionally, as far as the application of the protective shield proceedings is concerned, there is no requirement regarding the absence of over-indebtedness as of 31 December 2019. 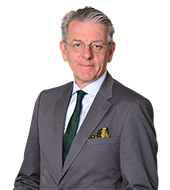