What does this mean?
While the formal legislation process still needs to be completed, it is now highly likely that the reform will come into force effective January 1, 2017. The most significant changes will be:

Further changes will also be introduced. However, generally speaking and depending on individual circumstances, these changes will be less significant.

What should we do?
Violations of the revised temporary agency work regulation can result in administrative fines of up to EUR 500,000 or can even constitute criminal offences. In addition, the risk of employees claiming employment with the hiring company due to unlawful temporary agency work presents a serious issue.

Companies utilizing agency workers in Germany should therefore prepare for compliance with the reformed temporary agency work regulation. Going forward, this will mean especially that agency workers have to be replaced more frequently. Furthermore, agreements between companies and agency firms as well as agreements with agency workers may need to be revised. 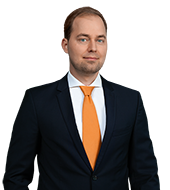