Australia Commercial Technology and Sourcing Alert
By: Warwick Andersen
This is the first in a series of insights intended to demystify government technology contracting in Australia. Australia started off on the right track in the early 1990s by developing the standard form GITC technology procurement contract that was used by the Federal and all State governments in Australia.

There are a number of key themes from the contracts:

Fill in the form

Negotiation is difficult, but not impossible

Make sure you are on the panel

Be careful what you wish for

Contracting with government in Australia is different but not necessarily difficult. We always recommend our clients on a proposed entry to Australia to review the standard form contracts in relevant jurisdictions to ensure they are comfortable with the terms and formulate an approach and proposed responses to the relevant order forms. It is also important to ensure that you are on the relevant panels, and also to review the tender websites for opportunities.

We will, in future insights, provide more detail on regimes in key jurisdictions in Australia. 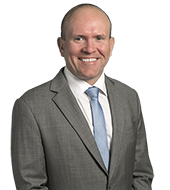