Over the past few years, the Department of Justice (“DOJ”) Antitrust Division (“Antitrust Division”) has made numerous comments about an increased focus on rooting out anticompetitive conduct in government procurement, warning companies of the severe penalties that could result. On November 5th, the Antitrust Division doubled down and announced the formal launch of the Procurement Collusion Strike Force (“PCSF”), an interagency partnership consisting of prosecutors and investigators focused on deterring, detecting, investigating, and prosecuting antitrust crimes, such as bid-rigging conspiracies and related fraudulent schemes in government procurement, grant, and program funding.[1] Those involved in any stage of the government procurement process should take note of DOJ’s increased focus on these transactions and could benefit from assessing their current antitrust risks by proactively reviewing their government procurement policies and activities to ensure proper compliance with all applicable laws.

Violations of the Antitrust Laws Can Result in Severe Penalties
The antitrust laws prohibit agreements among competitors that eliminate or limit competition. Certain types of agreements — such as price-fixing, bid-rigging, and market allocation — are treated as per se illegal, meaning they are categorically illegal and the government does not need to prove that the agreement was actually successful, that loss or harm resulted from the agreement, or that the conduct was unreasonable or lacked economic justification. Collusive bidding is also prohibited under the Federal Acquisition Regulation (“FAR”), which requires each offeror under a federal procurement to certify that its prices have been arrived at independently and that it has not engaged in certain communications with other offerors for the purpose of restricting competition.[2]

Violations of the antitrust laws can result in serious consequences for corporations and any individual directly or indirectly involved in an illegal agreement. Such consequences include:

Procurement Collusion Strike Force: Objectives, Organization, & Enforcement Activities
At a press conference announcing the launch of the PCSF, Assistant Attorney General Makan Delrahim, head of DOJ’s Antitrust Division, stated that roughly one out of every 10 dollars of federal spending is allocated to government contracting, amounting to more than $550 billion, or about 40 percent of all discretionary spending, on government contracts for goods and services.[5] Given these large sums, noted Delrahim, “it’s easy to see how any amount of overcharge caused by illegal bid rigging or other anticompetitive criminal conduct inflicts significant economic harm on the government and its taxpayers.”

The PCSF will be an interagency partnership consisting of prosecutors from the Antitrust Division and several U.S. Attorneys’ offices around the country and investigators from the FBI and four major federal Offices of the Inspector General. The PCSF has two core objectives: (1) “deter and prevent antitrust and related crimes on the front end of the procurement process through outreach and training;” and (2) “effectively detect, investigate, and prosecute crimes that do occur through better coordination and partnership in the law enforcement and inspector general communities.”

To achieve these objectives, the PCSF will conduct targeted outreach to key constituencies in the public procurement field, on both the “buy side” and the “sell side” of the market, to educate them on how to identify “red flags” of collusion and assist with removing potential vulnerabilities to antitrust violations and associated penalties. The PCSF will also strengthen its detection capabilities through collaboration with other agencies to improve its use of data analytics to identify potential collusion in government procurement data. A dedicated website providing training materials, legal resources, and a complaint form that members of the public can use to report suspected criminal activity went live on the day of DOJ’s announcement of creation of the strike force.[6]

The PCSF will use a “district-based task organization model,” beginning with a focus on 13 inaugural partner federal districts:

Practical Considerations and Risk Mitigation Strategies
Over the past few years, the Antitrust Division has increased its focus on anticompetitive conduct in government procurement, securing a handful of guilty pleas (with companies agreeing to pay $156 million in criminal fines and over $205 million in separate civil settlements, in total) and individual indictments.[7] With the launch of the PCSF, government contractors should expect this heightened focus to further intensify and should remain vigilant in their compliance with U.S. antitrust laws. To mitigate risk, companies should consider the following:

The K&L Gates Antitrust, Competition & Trade Regulation and Government Contracts & Procurement Policy teams are well positioned to help companies with all aspects of their compliance programs as they relate to government contracting to minimize antitrust risk in this area. We also have significant experience advising and defending companies and individuals facing actual or potential investigation or prosecution for antitrust violations.

Notes
[1] Department of Justice Office of Public Affairs, Justice Department Announces Procurement Collusion Strike Force: a Coordinated National Response to Combat Antitrust Crimes and Related Schemes in Government Procurement, Grant and Program Funding (Nov. 5, 2019), available at https://www.justice.gov/opa/pr/justice-department-announces-procurement-collusion-strike-force-coordinated-national-response.
[2] 48 C.F.R. ( FAR) 52.203-2(a). The FAR also instructs contracting officers to reject offers that delete or modify the certification without sufficient explanation as to why the contractor’s actions did not have the effect of restricting competition. The FAR requires contracting officers to report these situations, as well as any other evidence of a violation of antitrust laws, to the Attorney General. FAR 3.103-2(b); FAR 3.303(a).
[3] FAR 9.406-2(a)(2) (“The debarring official may debar a contractor for a conviction of or civil judgment for...violation of Federal or State antitrust statutes relating to the submission of offers.”).
[4] 31 U.S.C. § 3729(a)(1)(G); Ctr. for Medicare & Medicaid Servs., Medicare Fraud & Abuse: Prevent, Detect, Report at 7 (Feb. 2019), https://www.cms.gov/Outreach-and-Education/Medicare-Learning-Network-MLN/MLNProducts/Downloads/Fraud-Abuse-MLN4649244.pdf. Claims may be considered materially false if, among things, they explicitly or implicitly falsely certify compliance with relevant laws or regulations. See, e.g., Universal Health Servs., Inc. v. United States, 136 S. Ct. 1989, 195 L. Ed. 2d 348 (2016). The criminal false claims statute, 18 U.S.C. § 287, provides a penalty of up to five years imprisonment, in addition to fines, for each false, fictitious, or fraudulent claim knowingly submitted to the government. The government generally considers each invoice submitted on a government contract to be a separate claim for payment and thus a separate violation punishable by the full range of civil and criminal penalties.
[5] Assistant Attorney General Makan Delrahim Delivers Remarks at the Procurement Collusion Strike Force Press Conference (Nov. 5, 2019), available at https://www.justice.gov/opa/speech/assistant-attorney-general-makan-delrahim-delivers-remarks-procurement-collusion-strike.
[6] Available at https://www.justice.gov/procurement-collusion-strike-force.
[7] Department of Justice Office of Public Affairs, Three South Korean Companies Agree to Plead Guilty and to Enter into Civil Settlements for Rigging Bids on United States Department of Defense Fuel Supply Contracts (Nov. 14, 2018), available at https://www.justice.gov/opa/pr/three-south-korean-companies-agree-plead-guilty-and-enter-civil-settlements-rigging-bids; Department of Justice Office of Public Affairs, More Charges Announced in Ongoing Investigation into Bid Rigging and Fraud Targeting Defense Department Fuel Supply Contracts for U.S. Military Bases in South Korea (March 20, 2019), available at https://www.justice.gov/opa/pr/more-charges-announced-ongoing-investigation-bid-rigging-and-fraud-targeting-defense; Department of Justice Office of Public Affairs, Texas Bidder Pleads Guilty To Rigging Bids at Online Auctions for Surplus Government Equipment (Apr. 10, 2019), available at https://www.justice.gov/opa/pr/texas-bidder-pleads-guilty-rigging-bids-online-auctions-surplus-government-equipment; Department of Justice Office of Public Affairs, Insulation Contractor Branch Manager Pleads Guilty To Bid Rigging and Fraud (Apr. 8, 2019), available at https://www.justice.gov/opa/pr/insulation-contractor-branch-manager-pleads-guilty-bid-rigging-and-fraud.
[8] As we previously reported, the DOJ announced in July 2019 that it will now consider a company’s antitrust compliance program in deciding whether to bring criminal charges against a company for violations of U.S. antitrust laws. In conjunction with that announcement, DOJ released detailed guidance on the components of an effective antitrust compliance program.
[9] For example, affiliated companies, teaming partners, and joint ventures may be exempt from antitrust laws if they meet certain requirements. Contractors may also face the risk of civil or criminal liability, as described above, for bid submissions that omit or conceal material facts concerning undisclosed joint ventures, teaming arrangements, or other potentially collusive arrangements. See Press Release, U.S. Dep’t of Justice, Office of Pub. Affairs, Misr Sons Development S.A.E. Agrees to Pay $1.1 Million to Resolve False Claims Act Allegations (June 13, 2017), https://www.justice.gov/opa/pr/misr-sons-development-sae-agrees-pay-11-million-resolve-false-claims-act-allegations. FAR 3.303(c) contains a list of “practices and events that may evidence violations of antitrust laws.” 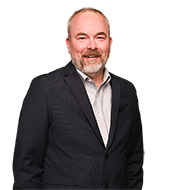