As businesses assess the availability of insurance for closures and other interruptions related to COVID-19, the “civil authority” coverage that appears in many standard property policies warrants attention. Policyholders should not automatically accept the conclusions of some insurer-oriented commentary suggesting that coverage is simply not available for COVID-19 losses. Indeed, the express wording of some policies indicates that coverage may be available, under certain circumstances, for lost profits, payroll, and other expenses where a governmental entity has taken action that impacts business in response to the COVID-19 pandemic.

Many commercial property policies provide coverage for “business interruption” (including lost profits and payroll) and “extra expenses” (incurred to continue or resume business) resulting from property damage. It is also common for policies to extend those base coverages to also cover business interruption and extra expenses resulting from the act or order of a “civil authority” that impairs or prohibits access to policyholder’s property.

“Civil Authority” Wording May Not Require Any “Physical” Damage

It also is important to note that at least some policies are written without any “physical” damage requirement for civil authority coverage. For example, a policy form currently in use provides “civil authority” coverage as follows:

Interruption by Civil or Military Authority

This policy is extended to insure loss sustained during the period of time, when, as a result of loss, damage or an event not excluded [by an express exclusion], access to property is impaired by order or action of civil or military authority. (Emphasis added.)

Notably absent from this particular coverage is any requirement of “physical” damage. Indeed, the wording provides that coverage might be triggered by either “loss,” “damage,” or an “event.” Under such wording, a policyholder would have substantial arguments that, for example, the global COVID-19 pandemic is an “event” that can trigger coverage in connection with an “order or action” of a civil authority that impairs access to business property.

In Sloan v. Phoenix of Hartford Insurance Co.,[2] the intermediate appellate court in Michigan held that the “civil authority” coverage in a movie theater’s property policy covered loss from the theater’s compliance with a governor’s executive order that imposed a curfew and closed certain businesses during riots. The “civil authority” wording at issue provided:

Interruption by Civil Authority. This policy is extended to include the actual loss as covered hereunder, during the period of time, not exceeding 2 consecutive weeks, when as a direct result of the peril(s) insured against, access to the premises described is prohibited by order of civil authority.

Sloan, 207 N.W.2d at 436. The court expressly rejected the insurer’s argument that this wording required “physical” damage. The court explained:

In short, a plain reading of the policy would lead the ordinary person of common understanding to believe that, irrespective of any physical damage to the insured property, coverage was provided and benefits were payable when, as a result of one of the perils insured against, access to the insured premises was prohibited by order of civil authority . . . .

More recently, the U.S. District Court for the Southern District of Texas held, in the context of a reinsurance dispute, that an amusement park’s losses resulting from a hurricane evacuation order were within the park’s “civil authority” coverage — which did not have an express “physical” damage requirement — even though the park did not suffer physical damage because the hurricane’s path avoided the area. Hous. Cas. Co. v. Lexington Ins. Co., No. H-05-1804, 2006 WL 7348102 (S.D. Tex. June 15, 2006).

Case law on this issue is limited and has not uniformly favored policyholders. Insurers might cite Two Caesars Corp. v. Jefferson Ins. Co. of N.Y., 280 A.2d 305 (D.C. 1971) (holding that “civil authority” coverage was not triggered, because there was no physical damage to restaurant, despite absence of an express “physical” damage requirement) and Adelman Laundry & Cleaners, Inc. v. Factory Ins. Ass’n, 207 N.W.2d 646 (Wis. 1973) (following Two Caesars). Moreover, even without a “physical” damage requirement, insurers may attempt to argue that civil authority coverage for COVID-19 losses is not available for other reasons, including virus exclusions (if one appears in the policy) and, possibly, the absence of an “act” or “order” of a civil authority that satisfies the terms of coverage.

Nonetheless, the existence of civil authority coverage with no express “physical” damage requirement demonstrates that a careful review of relevant policies may reveal potential coverage for COVID-19 losses.

A property policy’s particular “civil authority” wording might provide a greater opportunity for coverage of COVID-19 losses than some insurer-oriented narratives would suggest. A careful review of a business’s insurance policies, in consultation with coverage counsel, might reveal that certain coverage-restricting assumptions — including the so-called “physical” damage requirement — do not withstand scrutiny.

[1] See, e.g., Motorists Mut. Ins. Co. v. Hardinger, 131 F. App’x 823 (3d Cir. 2005) (holding that bacteria contamination of a well could constitute “physical” loss, if functionality of home was nearly eliminated or destroyed, or if property was made useless or uninhabitable); Gregory Packaging, Inc. v. Travelers Prop. Cas. Co. of Am., No. 2:12-cv-04418, 2014 WL 6675934 (D.N.J. Nov. 25, 2014) (holding that ammonia release that rendered facility “physically unfit for normal human occupancy and continued use” gave rise to “direct physical loss of or damage to” the facility); W. Fire Ins. Co. v. First Presbyterian Church, 437 P.2d 52 (Colo. 1968) (holding that loss of use of church property resulting from fire department order when soil under and around church building was infiltrated with gasoline arose out of “direct physical loss” within meaning of property policy). 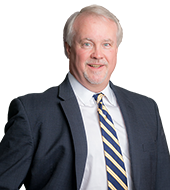