Over the past several years, the southeastern United States has seen an explosion in renewable energy investment. In South Carolina, the legislature, electrical utilities, and power producers have been working together to address renewable energy and potentially volatile utility rates across the state.

Under the new law, the South Carolina Public Service Commission (the “Commission”) plays a role in opening up the dialogue between independent power producers and South Carolina electric utilities. In order to do this, the Energy Freedom Act requires the Commission to open a docket to establish electric utilities’ standard offers, avoided cost methodologies, form contract power purchase agreements, commitment to sell forms, and other necessary terms. [1]

The Commission has a large amount of discretion to carry out all of these mandates, but the Energy Freedom Act directs that the overall goal of the Commission in so doing is to support South Carolina’s clean energy movement.

The Energy Freedom Act also regulates electric utilities and their business practices. Under this legislation, an electric utility’s power purchase agreements must be commercially reasonable and consistent with the federal Public Utility Regulatory Policies Act. [2]

These new requirements for power purchase agreements are meant to promote competition between South Carolina’s power producers in an effort to lower utility rates and give customers better utility options.

Additionally, the Energy Freedom Act supports South Carolinians who either (i) do not own their own homes but wish to install solar panels, or (ii) cannot afford the initial upfront investment in renewable energy alternatives by exploring community solar programs. [5] Community solar programs refer to local solar facilities that are jointly owned by members of a community; participating members receive credit on their electricity bills for their share of power produced by the facility. [6] The Commission must open a docket to solicit information from electric utilities about these programs and to review newly proposed programs submitted by utilities. [7]

While drafting the Energy Freedom Act, the General Assembly found that there was a critical need to increase the rights of electrical utility customers across the state.

Under the new law, every customer now has a right to a rate schedule that gives them the opportunity to engage in cost-saving measures. Additionally, the law requires that electric utilities offer their customers reasonable rate options to help them cut costs. South Carolina customers now also have a right to obtain their electrical usage data in an accessible format. [8]

Practically, these changes are meant to help South Carolina energy customers control their energy usage, reduce their energy bills, and better understand the environmental impact of their energy usage. Thanks to these new rights, customers will have a chance to deploy energy-saving tactics in their everyday lives.

The General Assembly has also laid out its goals of encouraging private investment in energy resources in South Carolina, increasing customer access to energy efficient options, and supporting the growing market for distributed energy resources. [9]

To meet these goals, the new law has amended the definition of “customer-generator” to include owners, operators, and lessees of electrical generation units. [10] Additionally, electric utilities are now required to make full retail rate net energy metering available to all customer-generators that apply for that metering before June 1, 2021. [11]

Integrated resource plans are used by electric utilities to forecast annual energy demands and decide how to best meet these demands while providing cost-effective service to customers. [12]

The Energy Freedom Act requires that electric utilities, electric cooperatives, municipally owned electric utilities, and the South Carolina Public Service Authority must each prepare and submit an integrated resource plan. [13] Under the Energy Freedom Act, these plans are also subject to new requirements; for example, each submitted plan must state the utility’s projected energy purchased from or produced by a renewable energy resource. [14]

Notably, the Energy Freedom Act leaves out certain tax incentives that have previously been proposed in the General Assembly.

For example, a bill that came before the General Assembly in February 2017 sought to provide 10-year, 80% property tax reductions for distributed energy and renewable energy resources. [16] This same bill also proposed 25% tax credits for taxpayers who constructed, purchased, or leased solar energy property located on either (i) the Environmental Protection Agency’s (“EPA”) National Priority List, (ii) priority lists equivalent to the EPA’s, (iii) lists certified by the Department of Health and Environmental Control, or (iv) on property owned by Pinewood Site Custodial Trust within South Carolina. [17]

The purpose of those provisions was to reduce property taxes for, and thereby increase investment in, South Carolina’s renewable energy projects. That bill stalled in the House Committee on Ways and Means. [18] However, because power producers, South Carolina counties, and the legislature are all working together to explore energy efficiency, eliminating these tax incentives was a concession made by the independent power producers to push the Energy Freedom Act through.

Ford and Whit gratefully acknowledge the contributions of Asia Cadet, a summer associate in the Charleston office, to this article. 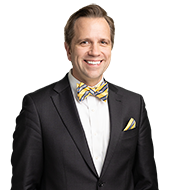 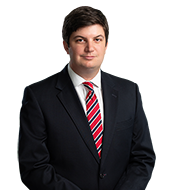