For many, 2020 has been the year to forget. The Coronavirus pandemic (COVID-19) has halted global economies and initiated recessions across continents and countries, including Australia. In an attempt to alleviate the financial impact of COVID-19, the Australian Government has implemented various reforms (both temporary and permanent) designed to provide relief to financially distressed businesses. One sector hardest hit is that of small businesses and the Australian Government has now finalised a new restructuring process for small businesses, commencing on 1 January 2021.

Although the reforms, set out in the Corporations Amendment (Corporate Insolvency Reforms) Act 2020 (Cth) (Act), have appeal across sectors, there are many who think that the time allowed for consultation and implementation of this new regime was insufficient for the changes to be properly assessed and considered before taking effect. This is a common theme around many of the reforms introduced this year, and 2020 appears to be the year of "policy on the run" by force of COVID-19.

On 24 September 2020, the Australian Government announced the reforms introducing (amongst other measures) a new debt restructuring and simplified liquidation process for small businesses. These reforms were aimed at providing small businesses with the assistance to survive, or where a restructure is not possible, to maximise returns to creditors and employees by reducing the complexity, time and costs involved in winding up a company. There are many questions in relation to whether these aims will be achieved - we will address this further below. This article focuses on the hottest topic of the reforms - the new Small Business Restructuring Process (SBR Process).

Despite the short time given for consultation in relation to all parts of this package, there are a number of interesting changes to the final version of the Regulations (which provide the "meat" around the reforms) when compared to the draft consultation version. Key major changes include the removal of the need for an SBRP (defined below) to disclose referral relationships and payments (a point that has attracted much attention) and the maximum period for any proposed restructuring plan reduced from five years to three years.

Appointment of practitioner and impact

Turning to the concepts set out in the Act, the SBR Process provides that directors of a company will be able to appoint a "Small Business Restructuring Practitioner" (SBRP) to assist in developing and implementing a simplified restructuring plan. The impact of the appointment of a SBRP shares some common elements with the consequences of a company entering into voluntary administration, including familiar restrictions on third party property rights, a stay on legal proceedings involving the company's property and a stay on enforcement rights under ipso facto clauses, subject to certain exceptions. A moratorium on enforcing personal guarantees given by directors, spouses or relatives also arises.

Secured creditors will still have similar rights as currently granted in their favour in the voluntary administration regime however, the Court can make orders affecting the ability of secured creditors to enforce their security.

Unlike voluntary administration, the SBR Process is a "debtor in possession" model whereby the directors retain control of the business, property and affairs of the company, and are able to enter into transactions or dealings that are in the ordinary course of the company's business (or with the consent of the SBRP, or as ordered by the Court). The SBRP will not be personally liable for debts incurred in respect of such transactions or dealings despite being an officer of the company. To the extent that the SBRP does incur debts in performing their functions or is owed remuneration, they have an indemnity out of company property and a supporting lien.

So who can be a SBRP? The Act stipulates that the SBRP must be a registered liquidator meaning those who are currently registered are able to take these appointments. In addition, the Rules create a new category of registered liquidator permitted only to practise as a SBRP. The matters to be considered by the committee overseeing registrations upon receiving an application for a new registration solely as a SBRP are drastically reduced from those set out in paragraph 20-1 of the Insolvency Practice Rules (Corporations) 2016. Doing away with a number of the requirements, the committee must only be satisfied that the applicant:

Eligibility for the SBR Process

Eligibility for the SBR Process is limited to companies (incorporated entities) with total liabilities of less than AU$1 million (not including employee entitlements). Importantly, the Regulations do not exclude contingent liabilities from the calculation of debts and claims for the purposes of the AU$1 million threshold. This represents a noteworthy change from the draft Regulations which excluded contingent liabilities from the definition of admissible debt or claim which is used to determine eligibility.

In addition to the AU$1 million threshold, a company must:

Once a small business decides to engage in the SBR process, it follows the following timeline.

The proposed restructuring plan must comply with the Regulations, including:

As to the remuneration of the SBRP, we note that a provision was included in the consultation draft and the final version of the Rules for the SBRP to only charge a fixed fee for the SBR Process, such fee to be agreed upon by the board prior to the appointment of the SBRP. The final version of the Rules also includes an exemption from charging only a fixed fee as agreed with the board where costs are incurred by an SBRP associated with defending legal actions brought by other parties, by stipulating that the board must decide on a method for working out the SBPR's remuneration in the event of legal proceedings. Interestingly, the provision for the SBPR's remuneration is separated into:

To further reduce the costs of both the simplified liquidation and small business restructuring process (and external administrations generally), the Act introduces changes allowing the use of technology for communication and voting purposes (which coincides with recent temporary changes implemented in response to the Coronavirus pandemic). The removal of the need for a SBRP to hold meetings of creditors or the forming of committees of inspection is also aimed at reducing the time and costs involved.

As noted above, the proposed changes will come into effect on 1 January 2021 so it is expected that there will be a mad dash for insolvency practitioners to familiarise themselves with and train their staff on the new laws.

The Government has recognised that it will take time for directors, accountants and other professionals to get up to speed on these reforms and, to ensure that eligible small businesses don't miss out on using these reforms (as well as the temporary relief in relation to insolvent trading and the amended statutory demand process), eligible small businesses will be able to declare their intention to use the SBR Process, after which time the directors of the company will then be afforded up to a further three months of temporary relief from insolvent trading liability through to 31 March 2021 and (for the first seven months of 2021) the company will continue to have six months to comply with statutory demands (as opposed to 21 days). This declaration must be lodged with ASIC.

While the reforms are welcomed for small businesses, a number of concerns have been expressed, particularly in relation to how many small businesses will actually be eligible to use the new regime. This is particularly the case given the debt threshold amount as well as experience showing that when companies become financially distressed, payment of employee entitlements and lodging tax returns are often some of the first obligations that "fall away" and remain outstanding.

The other concern is who might become involved as a SBRP given the remuneration constraints which may mean many existing registered liquidators will not be able to see a viable business stream for their firms. This may leave the majority of the work to a number of new practitioners seeking registration under the changed process who don't really have the experience to carry out a proper restructure.

There is also the concern that the reforms will again provide "fodder" for unscrupulous and underqualified pre-insolvency advisors to get involved to the detriment of what the reforms are actually trying to achieve.

Time will tell how effective the reforms really prove to be for small businesses and whether it is not before long that amendments are made to increase the threshold amount above AU$1 million to increase the availability of Australia's first "debtor in possession" restructuring process. The big question will be - are these reforms suitable for companies of that size? 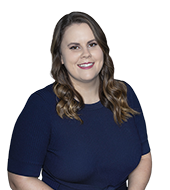