Developers have new powerful tools to suspend restrictions on housing development and reduce the time it takes to approve housing developments in California.  The recently adopted Housing Crisis Act of 2019 (“SB 330”) aims to do so in three ways. First, it streamlines and expedites the process for submitting an application and securing the crucial “deemed complete” status. Second, it accelerates certain deadlines and timeframes under the Permit Streamlining Act for housing projects. Finally, it limits the number of public hearings that a city or county may hold after a project’s application is deemed complete and awaiting approval.

How Does SB 330 Work? For a period of five years beginning on January 1, 2020, SB 330 expedites approval of housing projects by putting certain constraints on the authority of local governments. For example, SB 330 limits the rights of cities and counties to adopt land use regulations that limit the number of housing units or increase the imposition of impact fees on housing projects. In addition, for developers that file a state law defined “preliminary application,” SB 330 freezes local laws in place at the time the application was submitted.

Five Examples of How SB 330 Can Help a Developer:

1. SB 330 implements procedures to streamline the process by which a project application is “deemed complete.”

First, SB 330 places limits on the time for which a local agency can conduct its review of a project application. Any public agency review of a project, and any resubmittals thereafter, must be responded to within 30 days after submittal. In certain cities and counties, limiting the review period will be a drastic improvement for developers.

3. SB 330 imposes a cap on the number of hearings that a local government can hold before approval of a project.

SB 330 places a limit on the number of hearings a local agency can schedule before it approves or denies certain housing projects. If a housing project complies with “applicable, objective, general plan and zoning standards in effect at the time an application is deemed complete,” then the local government cannot conduct more than five hearings. Significantly, each continued hearing date counts as a hearing for purposes of the five hearing cap. Public hearings and, at times, the persistent continuances thereof, can feel like a delay tactic to developers. The five hearing cap should have a positive impact on housing developments in which community opposition is a concern.

4. SB 330 allows a developer to prevent new ordinances, policies, and standards from frustrating their projects through the submission of a “preliminary application.”

A developer may submit a preliminary application, which, with some exceptions, locks in existing local law and stops local governments from applying any newly enacted ordinances, policies, or standards to the project after the date the application was submitted. For example, fees cannot be increased beyond those in effect at the time the preliminary application was submitted, with the exception of any automatic annual increases or Consumer Price Index increases.

There are some carve outs that allow new laws necessary to prevent a specific public health issue or safety issue, with no feasible alternative, or to prevent or substantially lessen an impact under California’s Environmental Quality Act. In addition, if a developer significantly changes a project (generally a change to 20% of the project) then the freeze on laws in place at the time the application was submitted may not apply.

With respect to cities in an urbanized area or cluster and wholly urbanized counties, the law has restrictions on implementing new development policies, standards or conditions that may restrict housing developments, including any initiatives or referendums voted into law by the general populace. Notably, charter cities located in urbanized areas are specifically included in this provision.

Cities and counties are restricted from implementing any new development policies, standards or conditions that have any of the following effects:

SB 330 provides real estate developers with new tools to build housing in California. The new law is complex, but with knowledgeable counsel, they can be applied to save valuable time and money and, hopefully, alleviate the significant shortage of housing in the state. 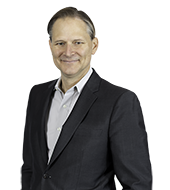