How about the 'Service'? Does Casual Employment Count?

A recent decision of the Full Bench in AMWU v Donau Pty Ltd [2016] FWCFB 3075 (Donau) has held that a permanent employee's initial regular and systematic casual employment will now be included in their service period for redundancy calculations.

The decision overturned the earlier ruling of Commissioner Riordan in AMWU v Forgacs Engineering Pty Ltd [2016] FWC 638 and is centred on an unprecedented interpretation of the definition of “service” and "continuous service" contained in section 22 of the Fair Work Act 2009 (Cth) (FW Act).

Senior Deputy President Drake and Deputy President Lawrence constituted the majority and said that there are no words in the FW Act or the applicable enterprise agreement which exclude a period of regular and systematic casual employment from the definition of service or continuous service for the purpose of calculating severance payments.

Commissioner Cambridge dissented, holding that service is intrinsically not derived from casual employment unless specified otherwise. He said the majority's construction was inconsistent with the industrial purpose of casual employment.

Don’t press the panic button yet. The decision does not give employees who are casuals at the time of termination a right to redundancy pay. This is precluded by s 123 of the FW Act and remains unaffected. It is confined to the situation where a permanent employee who was initially employed as a casual is made redundant.

The decision will apply when calculating redundancy entitlements for an employee who:

What does this mean for you?

Employers will now need to:

What could it mean for other entitlements?

The majority judgment did not address how its interpretation will apply to the accrual of other service related entitlements afforded to permanent employees under the FW Act and National Employment Standards (NES).

Does the majority’s interpretation of “service” then effectively mean that casual employees who become permanent now also accrue annual, personal or carer’s leave from the date they commence as a casual?

The nature of casual employment is also in the spotlight as part of the Modern Award Review. Currently, the Fair Work Commission is considering whether to insert a clause affording casual employees an “absolute right” to become a permanent employee after six months of regular casual employment. The effect of the Full Bench decision in Donau may have even wider consequences for employers if this is accepted.

Access the Full Bench decision in Donau by clicking here.

If you have any questions about the effect of the decision on your obligations as an employer, please do not hesitate to contact our Labor, Employment and Workplace Safety team. 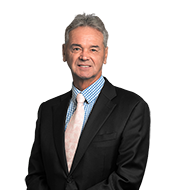 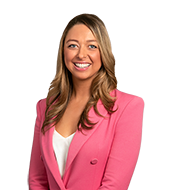