On 7 October 2020, the Treasury Department and the Internal Revenue Service (IRS) released final regulations under Code Section 1446(f)1 (the Final Regulations), which clarify aspects of the withholding requirements with respect to the disposition of partnership interests by non-U.S. persons.2

The 2017 Tax Cuts and Jobs Act3 added Section 864(c)(8), which provides that gain or loss from the sale, exchange, or other disposition of a partnership interest by a non-U.S. person is effectively connected with the conduct of a trade of business in the United States to the extent that the person would have had effectively connected gain or loss had the partnership sold all of its assets at fair market value.4 The withholding regime created under Section 1446(f) is the enforcement mechanism for Section 864(c)(8) and provides for a 10 percent withholding tax applicable on amounts realized from the disposition of a partnership interest by a non-U.S. person, unless an exception to withholding applies.5 If the transferee fails to withhold any amount required, the partnership must withhold from any distributions made with respect to the partnership interest an amount equal to 10 percent of the amount realized (reduced by any amounts withheld by the transferee) plus any interest.6

The IRS previously released Notice 2018-29, which announced its intent to issue regulations under the new Section 1446(f) for non-publicly traded partnerships and introduced five exceptions. Proposed regulations on Section 1446(f), released on 13 May 2019 (the Proposed Regulations), clarified several aspects of this withholding regime, including the relevant exceptions to withholding.8 In addition to the exceptions introduced in Notice 2018-29, the Proposed Regulations addressed treaties, stating that when a transferor of an interest certifies that it is not subject to tax on gain from the transfer under an income tax treaty in effect between the United States and another country, the 10 percent withholding tax does not apply.9

Highlights of the Final Regulations

Withholding Exceptions Under the Final Regulations

The six exceptions to withholding are listed below. Any modifications made by the Final Regulations are noted.

The Final Regulations modify the exception to withholding by looking to the gross amounts of income. A transferor may qualify if its distributive share of gross ECI from the partnership for each taxable year within the look-back period was less than $1 million and less than 10 percent of the transferor’s total distributive share of gross income from the partnership for that year.17 The Final Regulations also now rely on Schedule K-1 (Form 1065) or other statements furnished to the partner instead of Form 8805, so that a transferor who is not allocated any ECI or loss in any relevant year can still use the exception.18

On 29 December 2017, the IRS issued Notice 2018-08, suspending withholding obligations on the sale or disposition of publicly traded partnership (PTP) interests otherwise imposed under Section 1446(f). Unlike the rules for non-publicly traded partnerships, a transferee of a PTP interest generally is not required to withhold under Section 1446(f) where the transfer is effected through one or more brokers. The Final Regulations place this obligation on the broker, unless an exception applies.27 The exceptions largely follow those included in the Proposed Regulations; however, the Final Regulations remove the qualified current income distribution exception28 completely and add an exception for transferors that are dealers in securities. The Final Regulations also provide guidance on the qualified intermediary agreement30 and decline to add an exception for delivery versus payment transactions.

Under the Final Regulations, an investor purchasing a partnership interest now has more certainty about exceptions to the withholding obligation. When purchasing a partnership interest, an investor should be aware of the potential exceptions that could be available upon selling the interest. The Final Regulations provide a 2022 start date for the withholding obligations on partnerships whose partners did not withhold the applicable amount. Partnerships may wish to begin to prepare for this over the next year by developing certifications to ensure that withholding occurs between partners, or the partnership will become responsible for withholding itself.

Please contact the authors of this client alert or your usual K&L Gates lawyer for further insight with respect to the Final Regulations.

1 All references to Sections and the Code are to the U.S. Internal Revenue Code of 1986, as amended. 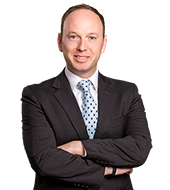 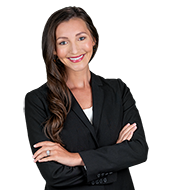