In 2015, the Internal Revenue Service (IRS) announced that it would cut back the determination letter program for qualified retirement plans. [1] In Revenue Procedure (Rev. Proc.) 2016-37, published June 29, 2016, the IRS has provided specific guidance on how the determination letter program will be cut back and how qualified plans should maintain their legal compliance. [2]

Changes under Rev. Proc. 2016-37
Elimination of the Five year Amendment Cycle
Effective January 1, 2017, the IRS will eliminate the staggered five-year amendment cycle for individually designed plans and will not accept determination letter applications based on the five-year cycle. However, Cycle A plans [5] may continue to submit determination letter applications during the period beginning February 1, 2016 and ending January 31, 2017.

Remedial Amendment Period Extended.  Rev. Proc. 2016-37 also extends the time that a plan sponsor will have to adopt qualification-related amendments. [7]  Under prior IRS guidance, plan sponsors had until the later of 1) the last day of the plan year in which a plan provision became disqualifying; or 2) the due date for filing the employer’s tax return for the taxable year that includes the date the plan provision became disqualifying.  Effective January 1, 2017, the new remedial amendment periods are:

The time for making discretionary amendments to an individually designed plan is not changed by the new guidance; the deadline remains the end of the plan year in which the plan amendment is put into operation.

Operational Compliance List
While the remedial amendment period permits a plan document to be amended retroactively to comply with a change in plan qualification requirements, in practice a plan must be operated in compliance beginning with the effective date of the change. To assist plan sponsors of both individually designed and pre-approved plans with this operational compliance, the IRS intends to provide an annual Operational Compliance List to identify changes in qualification requirements effective during a calendar year. [10]

Determination Letters Going Forward
There are three circumstances under which a plan sponsor may still submit an application for a determination letter:

The IRS review will consider all previously issued Required Amendments Lists as well as Cumulative Lists issued prior to 2016. [11]  Plans submitted for initial qualification during the 2017 calendar year will be reviewed based on the 2015 Cumulative List.

Changes for Pre-approved Plans
Pre-approved plans will generally continue to have the same six-year remedial amendment cycle that applied previously, with a few changes. [12] Rev. Proc. 2016-37 extends the deadline for pre-approved defined benefit plan sponsors to apply for a determination letter until April 30, 2017 if the plan was adopted before January 1, 2016. The beginning of the 12-month submission period for plan sponsors to submit pre-approved defined contribution plans for opinion or advisory letters during the third six-year amendment cycle is delayed until August 1, 2017. [13]

What Does This Mean for Plan Sponsors?
For companies adopting pre-approved plans, the changes in the determination letter program will likely have little or no impact.

In contrast, for companies sponsoring individually designed plans, the changes may create both opportunities and challenges.  On the plus side, the new, annually updated Operational Compliance List and Required Amendments List to be provided by the IRS may provide a more effective roadmap for plan sponsors to annually review their plans for both operational and documentary compliance, as compared to the current Cumulative List published annually.  The changes to the determination letter program will make it more imperative than ever that plan sponsors routinely monitor the operational and documentary compliance of their qualified retirement plans.

The elimination of regular, on-going determination letters for individually designed plans will likely add a degree of uncertainty to the qualified plan compliance regime.  Plan sponsors of individually designed plans have historically relied on the determination letter process to confirm that the plan’s provisions comply with the detailed and technical requirements applicable to tax-qualified plans.  Many times in that process, IRS agents reviewing determination letter applications will require retroactive plan amendments, even though the plan sponsor adopted amendments that it believed, in good faith, met the applicable qualification requirements.  By ending the regular, ongoing review process for individually designed plans, plan sponsors will not have an avenue to receive formal blessing from the IRS about the qualified status of the written terms of their plans.  The elimination of this option may result in an increased risk of disputes with the IRS on plan audit.  It may also change the approach for plan sponsors in making representations about the qualified status of the plan in connection with business transactions or plan mergers and may impact practices around plan audits.

It is unclear whether this change will have longer term impacts, such as moving more plans from individually designed to pre-approved plan formats or greater reliance by plan sponsors on model amendment language from the IRS.   We will continue to monitor developments related to the determination letter program.

[3] There are five such cycles, labelled “Cycle A” through “Cycle E.”  The cycle applicable to a particular plan sponsor generally depends on the last digit of the plan sponsor’s taxpayer identification number (or EIN).

[4] With an exception for Cycle A plans. This exception will be discussed further below. 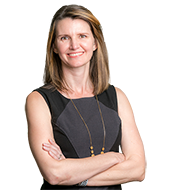