Hurricane Matthew hammered the south eastern United States from October 6 through October 9, before finally veering off into the Atlantic.  Matthew devastated parts of Florida, Georgia, South Carolina, and North Carolina causing widespread property destruction and left millions of people without power.  Indeed, even as Matthew approached the south eastern coast, the storm caused major disruptions as a result of preparedness actions, including mandatory evacuations, flight cancellations, and closures of airports and businesses.  While Matthew may not have been as powerful as initially projected, recovery efforts will be challenging.

Insurance is an important asset and can play a critical role in helping businesses and individuals weather the financial storm that inevitably follows the natural one.  Importantly, businesses often have insurance not only for property damage losses, but also for economic losses arising from business interruption.  In fact, even if Matthew did not damage their own property, losses may arise from damage to the property of others, including important suppliers, customers, and other business partners.  Businesses may also incur substantial expenses to return to normal operations.

Identify Possible Coverage
A common source of coverage for many businesses will be the first-party coverage insuring the property and assets of the insured entity.  Such policies may be in the form of broadly worded “all risk,” “difference in conditions,” or “inland marine” first-party property policies.  Most of these policies also provide so called “time element” coverages including “business interruption” and “extra expense” coverages that cover loss resulting from the company’s inability to conduct normal business operations.

Here are some critical coverages that may be included within property insurance policies.

Property Damage.
Commercial property insurance typically provides coverage for loss or damage to real and personal property.  Insured property is often broadly defined and in addition to providing coverage for real property, i.e., a building, it may include coverage for furniture and fixtures, machinery or equipment, newly acquired or constructed property, or property of third parties in the care, custody, or control of the insured.

Preventing or Mitigating Insured Loss.
Many coastal businesses took preventive measures before Matthew to minimize loss.  Property policies commonly contain a provision that allows an insured to be reimbursed for costs and expenses in taking preventative measures.

Contingent Business Interruption.
“Contingent business interruption” provides coverage for losses as a result of damage to “dependent property,” such as customers, suppliers, or other business partners, which renders that entity unable to conduct normal business operations.  This coverage applies when an insured’s own property is not damaged, but damage occurs to a third-party location, and as a result, the insured suffers economic losses.

Extra Expense.
“Extra expense” coverage may apply when an insured incurs expenses to minimize loss in an effort to resume normal operations.

Actions of Civil Authority.
“Civil authority” coverage can apply when a business suffers economic loss when an “order” of civil or military authorities prevents or limits access to the property.  Like coverage for “contingent business interruption,” coverage for “civil authority” may apply even when there is no damage to an insured’s own property.  Some policies may require that there be damage to property of others surrounding the insured premises while others may provide broader coverage for mandatory evacuations, curfews, or airport closures.

Lack of Access to Insured Premises.
“Ingress and egress” coverage is similar to “civil authority” coverage and may provide coverage for economic losses sustained when access to an insured’s premises is blocked by a covered peril.

Claim Preparation.
“Claim preparation” coverage generally covers the insured for the costs associated with compiling and certifying a claim.

Advance Payments.
Businesses often cannot afford a protracted adjustment period.  Many policies expressly require that insurers pay losses as incurred while the full extent of the loss is being adjusted.

Identify Potential Coverage Issues
Faced with a large property damage or business interruption claim, insurers may raise a number of potential limitations or restrictions on coverage.  Based on our experience, here are common issues raised by insurers:

What Caused the Loss?
As with most hurricanes, there may be multiple causes of loss, including high winds and floods.  It is important to determine and properly characterize the cause of loss because policies may exclude or limit coverage for certain causes of loss.  Courts have taken different approaches in determining the cause or causes of loss or damage.  The majority of courts, including South Carolina, subscribe to the “efficient proximate cause doctrine,” which allows coverage if a loss would not have occurred but for the occurrence of a covered peril.  King v. N. River Ins. Co., 278 S.C. 411, 297 S.E.2d 637 (1982).  Another approach is the “concurrent causation” doctrine, which permits coverage if at least one cause of the loss is covered by the policy.  Some insurance policies contain “anticoncurrent” causation language, which purports to exclude or limit a loss if any part of the causal chain involves the excluded or limited peril.  While a number of courts have found anticoncurrent causation clauses invalid, the Supreme Court of South Carolina has upheld an anticoncurrent causation clause and allowed the clause to defeat coverage.  S.C. Farm Bureau Mut. Ins. Co. v. Durham, 380 S.C. 506, 671 S.E.2d 610 (2009).  State laws vary and causation issues can be, and often are, nuanced and complex.

Does an Exclusion Apply?
Insurers often respond to a claim by asserting that various exclusions in the policy apply to bar or curtail coverage.  Some of the exclusions that insurers may assert in response to a Hurricane Matthew claim may include a flood exclusion and a service interruption exclusion.  Of course, the applicability of an exclusion depends on the policy language as well as the determination of the cause of loss.

Claim Presentation
Most policies include specific provisions for presenting a claim.  The manner in which a claim is presented can have a significant impact upon recovery.  This cannot be understated.  Insureds should be proactive in assembling an insurance recovery team, including working with accountants and claim professionals as well as insurance coverage counsel.  At a minimum, an insured should consider the following common policy provisions.

Notice of Loss
Most policies require the insurer be notified as soon as practicable or within a specified time frame after circumstances that may lead to a claim.  Insureds should seek to notify all potential insurers.

Proof of Loss
Property policies generally require a sworn proof of loss summarizing the amount and extent of the damage or loss.  The insurer may require this proof of loss within a specified timeframe though it is not uncommon for insurers to agree to extend this deadline.  In South Carolina, if a proof of loss is required by a policy, insurers must provide a blank form to be used.  If the insurer fails to provide the form within 20 days after receipt of the notice of loss, the insured is deemed to have complied with the requirements specified in the policy if it submits written proof of the “occurrence, character, and extent of loss for which the claim is made” within the time set forth in the policy.  S.C. Code Ann. § 38-59-10.  An insured should consider requesting a written agreement extending the time for submission of a proof of loss (and potentially other policy conditions) depending on the nature of the loss.

Suit Limitation
Policies may include “suit limitation” provisions, which provide that an action to recover under a policy is barred if not initiated by a certain timeframe.  In South Carolina, these provisions are not enforceable as parties are not permitted to shorten the period of time prescribed by the statute of limitations.  S.C. Code Ann. § 15-3-140.

Conclusion
Businesses that have suffered losses because of Hurricane Matthew should not overlook the significant financial protection that may be provided through their insurance policies.  Businesses should act carefully and proactively to maximize coverage.  Insurance coverage counsel can provide assistance in maximizing coverage.  K&L Gates has represented clients in dealing with claims arising from hurricanes, floods, and other natural disasters. 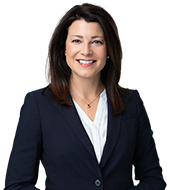