In a Welcome Development, the SEC Proposes an ETF Rule

On June 28, 2018, at an open meeting of the U.S. Securities and Exchange Commission (the “Commission” or “SEC”), the Commissioners unanimously approved the proposal of Rule 6c-11 under the Investment Company Act of 1940, as amended (“1940 Act”)[1]. Rule 6c-11 would allow the “vast majority” of exchange-traded funds (“ETFs”) to operate without first obtaining an exemptive order from the Commission.[2]  All five Commissioners voted for issuance of the proposed rule — with Commissioners Piwowar and Peirce going so far as to congratulate the SEC staff for taking (what Commissioner Peirce referred to as) this “long overdue” step with respect to the “innovation” that ETFs represent for investors. In connection with the proposed rule, the Commission also proposed to rescind certain previously-issued exemptive orders and to make certain amendments to Form N-1A, Form N-8B-2 and Form N-CEN.

Proposed Rule Builds on Prior Commission Orders
The proposed rule defines an “exchange-traded fund” as a registered open-end investment company: (i) that issues (and redeems) creation units to (and from) authorized participants in exchange for a basket and cash balancing amount if any; and (ii) whose shares are listed on a national securities exchange and traded at market determined prices.[3]

In large part, the proposed rule hews closely to the terms and conditions of the exemptive relief that the SEC has historically granted to ETFs.  For example, it provides ETFs with an exemption from:

Proposed Rule Also Expands Relief in Prior SEC OrdersIn other respects, the proposed rule diverges from and expands on the exemptive relief that the SEC has historically granted to ETFs.  For example:

In order to rely on the proposed rule, an ETF would have to prominently disclose, on a free and publicly available website, a variety of information each business day before the opening of trading and before accepting orders[8], including:

In a departure from current practices (and from Form N-1A), the proposed rule defines an ETF’s “market price” as either its official closing price (as defined by its listing exchange) or, if it more accurately reflects the market value, the midpoint of the national best bid and offer (“NBBO”) at the time that the ETF’s NAV is calculated.  Thus, under the proposed rule, an ETF’s premium/discount is the difference between NAV and the ETF shares’ official closing price or the midpoint of the NBBO at, typically, 4:00 p.m. ET.[10]

Proposed Amendments to Form N-1A
The Proposing Release also proposes amendments to Form N-1A for both mutual funds and ETFs.  The proposed amendments are for all ETFs using the form, including ETFs that do not rely on the proposed rule.[11] The most significant changes require ETFs to include in their Item 3 (Risk/Return Summary: Fee Table) disclosure a series of questions and answers (“Q&As”) regarding bid-ask spreads in the ETF shares.  The proposed disclosures are designed to inform investors about the impact of bid-ask spreads and trading on their investment(s) in the ETF.

To eliminate duplicative and unnecessary disclosure, the Commission proposed to permit ETFs to omit the information required by Items 6 and 11(a)(2), (b), and (c).[13]  The Commission also proposed to amend Item 11(g)(1)[14] to apply to all ETFs, and not only those with creation units of 25,000 or more shares.  In doing so, the Commission asked whether an entirely different registration form should be developed for ETFs and whether other disclosure formats should be considered for them.[15]

The Effect of the Rule on Existing ETFs
To create a transparent and uniform structure for the operation of almost all U.S. ETFs, the proposed rule rescinds the ETF relief in exemptive orders of current ETFs that "would be permitted to rely” on the proposed rule.  The rescission does not affect the relief ETFs typically obtained simultaneously to permit registered funds to invest in their shares in excess of the limits established by section 12(d)(1)(A) of the 1940 Act.

Similarly, an ETF that currently calculates its NAV on a T+0 basis does not appear to be one that “would be permitted to rely” on the proposed rule, but affected issuers may find it worthwhile to obtain affirmative guidance from the Commission that these ETFs are permitted to continue operating in reliance on their existing orders.  Without guidance, the Commission’s stated goal of leveling the competitive playing field and establishing a “consistent, transparent and efficient regulatory framework for ETFs” could be jeopardized.[16]

The Proposing Release explicitly acknowledges, however, that certain ETFs will continue to rely on their individual exemptive orders.  For example, although the proposed rule text does not clearly require ETFs to issue only one class of securities, the Proposing Release indicates that this is the Commission’s expectation.  As a result, existing multi-class funds with ETF shares will continue to rely on their current exemptive orders. Analogously, under the proposed rule ETFs may not operate as feeder funds in a master-feeder structure, and the proposed rule rescinds master-feeder relief previously granted to ETFs to operate as feeder funds in master-feeder structures unless, as of June 28, 2018, they were relying on such relief.  Further, ETFs that operate as unit investment trusts (“UITs”) and ETFs that pursue leveraged or inverse index returns must continue to rely on their separate exemptive orders.

The Anticipated Reaction of the ETF Ecosystem
The proposed rule is, without doubt, a welcome development in the ETF community, and we expect that most comment letters submitted to the SEC will applaud the Commission for issuing this well-conceived, principles-based proposal.  Nevertheless, we expect significant comments from ETF issuers and service providers on several aspects of the proposed rule.  For example:

Next Steps
The proposed rule is subject to a comment period, which lasts for sixty (60) days once the proposed rule is published in the Federal Register. Thereafter, the Commission is likely to formulate a final rule for adoption, on which we currently anticipate prompt Commission action.

[1] See SEC Proposes New Approval Process for Certain Exchange-Traded Funds, SEC Press Release (June 28, 2018); “Exchange-Traded Funds,” SEC Release Nos. 33-10515 & IC-33140 (June 28, 2018) (https://www.sec.gov/rules/proposed/2018/33-10515.pdf) (“Proposing Release”).
[2] The proposed rule would not be available to ETFs (1) organized as unit investment trusts (UITs), (2) structured as a share class of a multi-class fund, or (3) operating as leveraged or inverse ETFs. See Proposing Release at 146.
[3] Proposed Rule 6c-11(a). Key terms included in the definition of “exchange-traded fund,” including “creation unit,” “authorized participant,” “basket,” and “cash balancing amount,” are also defined in the rule.
[4] Proposing Release at 64.
[5] Proposing Release at 39.
[6] Proposed Rule 6c-11(c)(3) and (d)(2).
[7] Proposing Release at 72–74.
[8] Proposed Rule 6c-11(c)(1)(i).
[9] ETFs that calculate their NAV on a T+0 basis would not be able to rely on the proposed rule since it requires portfolio holdings posted be as of the close of the prior business day.
[10] Proposing Release at 109–110.
[11] The proposed rule also would amend Form N-8B-2, the registration used by ETFs structured as UITs. See Proposing Release at 178.
[12] Proposed Instruction 5(e) of Item 3 of Form N-1A.
[13] Item 11(a)(2) of Form N-1A requires a fund to disclose when NAV calculations are made and that the price at which a purchase or redemption is effected is based on the next calculation of NAV after the order is placed. Items 11(b) and (c) of Form N-1A require a fund to describe the procedures used for purchasing and redeeming shares of the fund.
[14] Item 11(g)(1) of Form N-1A specifies that an ETF may omit information required by Items 11(a)(2), (b), and (c) if the ETF issues and redeems shares in creation units of not less than 25,000 shares.
[15] Proposing Release at 176.
[16] Proposing Release at 6.
[17] Proposing Release at 374 and surrounding text.
[18] In an analogous context, the Commission acknowledges that bid-ask spreads during the first 15 minutes after market open and the last 15 minutes before market close may not be an accurate reflection of bid-ask spreads in the ETF shares. See Proposing Release at 167. Alternatively, query whether such thinly-traded ETFs could use the relevant day’s average bid-ask spread, as proposed by the Commission to form the basis for the ETF’s annual median bid-ask spread disclosure in Item 3 of amended Form N-1A. As ETFs will already be collecting and calculating such information daily to comply with amended Form N-1A, this may be a particularly cost-effective solution. 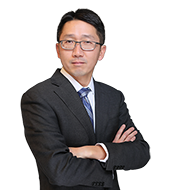