Indonesia's Next Steps in Islamic Finance

Indonesia, the world’s most populous Muslim nation, is currently taking action, at both the local and international levels, to distinguish the country in the global Islamic finance markets.

Locally, the government has unveiled plans to introduce regulatory changes to promote Shariah-compliant financial tools and establish a state-run Islamic bank to develop the country’s potential as an Islamic financing hub in Southeast Asia.

Internationally, Indonesia is taking steps to partner with China, countries from the Middle East and Turkey to establish multilateral development financing institutions that will serve the purposes of (i) solidifying its relationships with key global Islamic-compliant players and investors and (ii) meeting its demand for infrastructure financing over the next five years.

Local Initiatives in Indonesia
Given Indonesia’s large Muslim population, status as an emerging economy in Southeast Asia and recent growth in its Islamic banking assets, many believe Indonesia is primed to become a global player in Islamic finance.  Nevertheless, Indonesia’s road to obtaining a significant share of the global Islamic finance markets may be a long one, given that, currently, its Islamic finance industry lags behind that of other Muslim nations most notably, its neighbour, Malaysia.

Joko “Jokowi” Widodo, president of Indonesia, announced the “I Love Sharia Finance Program” (ILSFP) in June 2015 to encourage the use and promote awareness of Islamic finance.  The ILSFP is overseen by Muliaman Hadad, head of the board of commissioners of Indonesia’s Financial Services Authority (Otoritas Jasa Keuangan) (OJK).   The ILSFP will be augmented by further initiatives to promote Indonesia’s Islamic finance footprint, including easing the ownership restrictions for foreign investment into local Islamic banks and the proposed development of a state-run Islamic “megabank”.

The ILSFP aims to increase the Islamic finance industry’s current 4.88% share of Indonesia’s total banking and finance market to 15% by 2023.  While some see this goal as overly optimistic, Indonesia’s Islamic banking assets grew at a compound annual growth rate of 29.2% between 2010 and 2014, giving credence to the possibility of achieving a 15% market share by 2023.  The implementation plan for the ILSFP includes reducing fees on Shariah-based banking products, and developing an institutional framework and nationwide training programmes.

The country has already seen some success in major transactions using Shariah-compliant financial tools.  In 2014, the government raised US$1.5 billion from a ten-year sukuk issuance.  The initial bidding for the issuance attracted close to US$10 billion of interest from foreign investors.  Additionally, Garuda Indonesia, the national flag carrier, raised US$500 million from a sukuk issuance in May 2015.  The airline has already received over US$1.8 billion in bids, the majority of which have come from investors in the Middle East.

Indonesian State-Owned Islamic “Megabank”
The most notable initiative is the potential creation of a state-run Islamic finance “megabank”, announced in June 2015.  The “megabank” would be the result of combining the Islamic financing arms of four state-owned banks: PT Bank Rakyat Indonesia, PT Bank Mandiri, PT Bank Negara Indonesia and PT Bank Tabungan Negara.  It is expected that the combined Shariah-compliant assets of the “megabank” would total over US$8 billion, nearly half the total assets of all Islamic banks in Indonesia.

While the plan to consolidate the Shariah-compliant lending/financing practices of the four banks has been agreed in theory, the banks have indicated that actual implementation will depend on agreement in relation to the shareholding arrangement and the Indonesian government providing additional financial support to ensure the “megabank” can operate properly.  This initiative to develop the “megabank” follows the recent attempt by Malaysia to create a similar entity by combining CIMB Bank Bhd, RHB Capital Bhd and the Malaysia Building Society.  In the end, the Malaysian entity failed due to disagreements over the terms of the merger and shareholding arrangements.

The Indonesian government hopes that the “megabank” will, in addition to creating a local platform for global Islamic finance, enhance cost efficiency and allow for increased underwriting of Shariah-based bonds and notes. The resulting growth of the Islamic finance sector is also expected to expand Indonesia’s financial diversity, thereby making Indonesia less susceptible to the effects of global economic trends and declines.

In conjunction with the establishment of the “megabank”, the ILSFP sets forth plans to attract foreign capital, which the OJK has indicated may include easing foreign ownership restrictions for Islamic banks.  The current restrictions limit foreign ownership of Islamic banks to 40%.  Abu Dhabi Islamic Bank, Dubai Islamic Bank and Bahrain’s Al Baraka Banking Group have expressed interest in expanding their presence in Indonesia.  It is expected that the extent of these plans from Gulf Cooperation Council state-backed banks will be the determining factor in the OJK’s decision to relax the current foreign ownership restrictions.

Partnering with China, the Middle East and Turkey
In addition to its efforts at home, Indonesia has set its sights on partnering with other nations to expand its involvement in the global Islamic finance markets.  Indonesia has taken the lead in contributing to new multilateral institutions being established in the Asia Pacific region and the Middle East. It also appears that Indonesia will be one of the first countries lining up for financial assistance from those same bodies.

Indonesia has committed to investing US$672 million in the China-led Asian Infrastructure Investment Bank (AIIB) which was established in June 2015 to finance infrastructure development projects throughout the Asia Pacific region.  It is speculated that China is driving the AIIB in an effort to challenge Western-led financing institutions such as the World Bank and the Asian Development Bank (ADB).[1]  Indonesia has already expressed its intention to seek AIIB financing for a series of coal-fueled power plants to be developed throughout the archipelago.  Indonesia, with Southeast Asia’s largest population, has a greater demand for electricity than its neighbours, and will need financial assistance from the AIIB, especially in light of the general reluctance it has faced from the World Bank and ADB with respect to financing its power projects.[2]

Government officials have speculated that Indonesia will need at least US$455 billion over the next five years for infrastructure projects, which includes 35,000 MW of new capacity that Jokowi hopes to develop by 2019.  Therefore, it is likely that Indonesia will have to seek financial assistance from other institutions and investors.  Perhaps with this funding gap in mind, Indonesia has agreed to partner with Turkey and the Jeddah-based Islamic Development Bank (IDB) to form a new Islamic financing institution with a focus on infrastructure development, the World Islamic Infrastructure Bank (WIIB).   Both Turkey and Indonesia have pledged to contribute US$300 million towards the WIIB, while the IDB will stake additional starting capital of US$1 billion.  Thereafter, the co-founders intend to invite other nations to join and further fund the WIIB’s operations.  The WIIB would operate similarly to other multilateral institutions, except that it would use exclusively Shariah-compliant financing and sukuk to fund infrastructure projects in Muslim-majority countries.

The IDB is also in talks with China to use the WIIB as an Islamic-financing arm to the AIIB, which would allow more capital to be available for nations in need of infrastructure development, such as Indonesia.  Additionally, the partnership could also serve as a breakthrough in the use of Islamic financing in project finance, which still has not found the same popularity as conventional finance, even though its asset-backed nature makes it ideal for large infrastructure projects.  Such co-finance between the WIIB and the AIIB would allow borrowers to take advantage of China’s foreign exchange reserves and the Middle East’s interest in Shariah-based investments.  This potential tie-up would also give the AIIB exposure to borrowers and governments (such as those who only accept Shariah-compliant financing) with whom it might not otherwise engage.

Indonesia has also bid to be the host country for the WIIB, which, it is expected, would essentially act as the IDB’s arm for infrastructure investments.  Given that the IDB’s largest shareholders are Saudi Arabia, Libya, Iran, Nigeria, the United Arab Emirates and Qatar, hosting a major unit of the development institution’s operations may assist Indonesia to consolidate its relations with those shareholders and lay the groundwork for further Shariah-compliant foreign investment.

Between potentially playing host to the WIIB, the probable investment from the AIIB and increased Islamic-financing capabilities under the proposed state-run Islamic “megabank”, Indonesia appears to be positioning itself to attract foreign investment to meet its demand for infrastructure financing and to increase the adoption of Islamic finance by domestic consumers.  However, there are several contingencies upon which the success of these plans will depend. There also remains a large funding gap between the amount Indonesia will likely receive from foreign investors and what is actually required for its infrastructure projects.  At the very least, these initiatives are a more concerted attempt by Indonesia to obtain a larger share of Southeast Asia’s Islamic finance market from Malaysia and to put itself on the map with Shariah-compliant investors.

[2] It should be noted that in May 2015 the World Bank committed US$11 billion to Indonesia for its infrastructure projects. 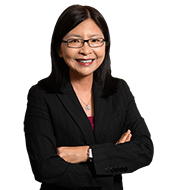