The introduction of an industrial manslaughter offence in Queensland has kicked off debate throughout other Australian jurisdictions. With the upcoming national review of workplace health and safety laws, it is a timely reminder to consider possible changes in each Australian state.

In the face of the threat of imprisonment, it is essential that organisations and their officers are taking stock of their workplace health and safety systems and ensuring sound crisis management plans are implemented to enable the business to respond to a workplace fatality or serious workplace incident. A measured response and timely legal advice could be the difference between serious charges being laid.

Australian Capital Territory
Apart from Queensland, the ACT is the only other Australian jurisdiction to have an industrial manslaughter offence. This offence has been in place in the ACT since 2004 but there have been no prosecutions under this provision.

South Australia
The South Australian Labor party announced in January 2018 that they intend to introduce higher penalties for work health and safety offences that cause workplace deaths.

It is still unclear whether this will involve the introduction of industrial manslaughter provisions or only involve the increase of maximum penalties under the South Australian provisions.

Victoria
Victorian unions are starting to campaign heavily for the introduction of industrial manslaughter offences. With a state election scheduled in November this year this issue is likely to come to the fore.

Western Australia
When the current Labor Government was in opposition they promised to introduce 20-year jail terms for work-related reckless or gross negligent conduct. While no immediate action has been taken to progress this they have indicated that a new Workplace Health and Safety Bill (based on the harmonised laws) will be introduced mid-2019 which may incorporate industrial manslaughter offences.

What Should you do?
No organisation is immune from the risk of a workplace fatality.

More than ever, businesses need to get on the front foot with safety management and undertake comprehensive reviews of safety systems and processes. Even businesses that are typically considered to be 'low risk' environments need to consider the possibility of workplace fatalities and make sure that controls are implemented to minimize those risks.

Organisations should also take the time to implement comprehensive crisis management plans. Timely legal advice, protection of key officers and processes to respond to workplace safety regulators are all critical aspects which should be addressed and put into place so that a rapid response can be put into action if the need ever unfortunately arises. 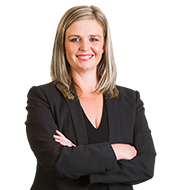