A claimant’s notice of arbitration and a respondent’s answer to notice of arbitration must now be submitted to ACICA by email or other electronic means (Article 6.1; Article 7.1). This replaces the 2016 Rules requirement for physical submission of two paper copies. Any other notice under the 2021 Rules can now also be provided by email or other electronic communication (Article 4.1), without the need to first obtain a party’s designation or authorisation for email notices (as was required in the 2016 Rules).

Notice is now deemed to be received, among other ways, if it is delivered “according to the practice of the parties in prior dealings” (Article 4.2(d)). This may, for example, permit notice to be served between opposing counsel already corresponding on a matter.

Given a notice of arbitration (and any other notice) can now be provided by email without the recipient’s prior authorisation for email notice, there may be tension with the parties’ underlying contract if the contractual notice provision does not permit notice by email. Whilst an arbitration agreement incorporating the 2021 Rules might arguably prevail over a general contractual notice provision, a claimant may seek to manage any risk by noting in any cover email serving a notice of arbitration that it is being provided pursuant to Article 4.1 and the relevant subparagraph of paragraph 4.2. Alternatively, given the parties are entitled to expressly modify the rules by written agreement (Article 2.1), parties could seek to expressly modify Article 4.1 in their arbitration agreement to exclude provision of a notice of arbitration by email.

In another nod to evolving work practices during the COVID-19 pandemic, the 2021 Rules make express provision for procedural conferences and hearings to be held by videoconference (Article 25.3; Article 35.5), with discretion ultimately residing in the arbitral tribunal (Article 24.4). If a hearing is held virtually, it will be deemed to be held at the seat of arbitration (Article 27.2). The arbitral tribunal’s requirement to sign and circulate an award can also be done electronically (Article 42.4; Article 42.5). The arbitral tribunal also now has the express power to order the inspection of goods, property or documents to be undertaken virtually (Article 25.5). Given Australia’s stringent international travel restrictions during the pandemic, virtual attendances for Australian-seated international arbitrations will likely be the norm for some time to come.

The arbitral tribunal now has the express power to adopt any measure to protect any physical and electronic information shared in the arbitration, and to ensure any personal data produced or exchanged in the arbitration is processed and/or stored in light of any applicable law (Article 26.6).

In line with arbitral bodies worldwide (e.g., ICC, LCIA), the 2021 Rules enshrine ACICA’s ultimate control over the process of the formal appointment of the arbitral tribunal. Parties now nominate arbitrator candidates for confirmation by ACICA (Article 12.1; Article 13.1), rather than appoint arbitrators themselves. In order to expedite the process, the Secretary-General of ACICA can confirm a nomination if the nominee has not disclosed any circumstances likely to give rise to justifiable doubts as to his or her availability, independence or impartiality, or where such circumstances have been disclosed but no objections have been raised by any party (Article 14). Discretion to confirm a nominee otherwise rests with ACICA itself (Article 14.3).

The 2021 Rules require a party requesting that ACICA consolidate arbitrations to submit a detailed request for consolidation particularising the request and the reasons in support (Article 16.3). ACICA must then consult with the other parties and any confirmed or appointed arbitrators before any arbitrations are consolidated (Article 16.1), which may include requesting those other parties or arbitrators to comment on the particulars contained in the request for consolidation (Article 16.5). The 2021 Rules also permit arbitrations made under different arbitration agreements to be consolidated by ACICA even if the arbitrations are not between the same parties, unlike ACICA’s 2016 rules (Article 16.1(c); cf. Article 14.1(b) of the 2016 Rules). For such consolidations under ACICA’s 2021 Rules, there must still be a common question of law or fact, the rights to relief must arise out of the same transaction or series of transactions, and the arbitration agreements must be compatible.

The new Article 25.7 expressly provides that the powers of the arbitral tribunal include the power on the application of any party to make an award granting early dismissal or termination of any claim, defence or counterclaim, the subject of the arbitration. This is similar to the early determination power now seen in many other institutional arbitration rules.

Unless a shorter period is specified by law or the parties agree otherwise, the final award must now be made within the earlier of nine months from the date ACICA initially transmits its file to the arbitral tribunal pursuant to Article 7.5, or three months from the date the arbitral tribunal declares the arbitration proceedings closed (Article 39.3). ACICA can extend this timeframe however, upon a reasoned request from the arbitral tribunal or if ACICA otherwise deems it necessary (Article 39.3). The 2016 Rules provided no time limit on rendering the award. It remains to be seen how strictly the new time limits will be enforced by ACICA and how readily it will grant extensions of time. ACICA has said of this amendment (perhaps to reassure concerned parties) that “[a]s a matter of practice, ACICA will consider the procedural timetable developed by the Tribunal in conjunction with the parties and liaise with the Tribunal early in the proceedings and throughout the process as necessary, to confirm any reasonable extensions with reference to the particular requirements of the dispute at hand.”

ACICA has new powers to oversee and, if it decides, reduce the fees payable to the arbitral tribunal based on the conduct of the arbitral proceeding (Article 50). One factor for consideration by ACICA is whether the final award (if any) was made within the Article 39.3 time limit (Article 50.4).

Mediation and Other Alternative Dispute Resolution

The arbitral tribunal is now required to raise for discussion with the parties the possibility of using mediation or other forms of alternative dispute resolution to resolve the dispute (Article 55.1; cf. Article 25.3). The arbitral tribunal also now has the express power to suspend the arbitration to allow for such alternative dispute resolution, but with the arbitration to resume at any time upon the written request of a party (Article 55.2).

In an instance of ACICA increasing its case management role, any mediation of the dispute the subject of the arbitration must now be conducted in accordance with the ACICA Mediation Rules (Article 55.3). This requirement has no carve out for the parties to agree otherwise – such as if the parties were desirous of a more informal mediation process. Parties may wish to consider modifying Article 55.3 by agreement to allow greater flexibility (e.g., expressly excluding Article 55.3 in their arbitration agreement), in accordance with Article 2.1.

The immunity from liability of the arbitral tribunal has now been extended to any act or omission in connection with any mediation conducted by reference to the Rules (Article 53). This does not appear to be directed towards situations where an arbitrator also acts as mediator in a dispute, given Article 20 of the ACICA Mediation Rules (2007) bars a mediator acting as arbitrator in respect of the same dispute.

Time will tell whether the 2021 Rules will help address the two most common objections for seating international arbitration in Australia – unfamiliarity and a perceived lack of neutrality (ACICA FTI Consulting 2020 Australian Arbitration Report). The 2021 Rules are nevertheless a step in the right direction for raising the appeal of the ACICA Rules and, more broadly, arbitrations seated in Australia. 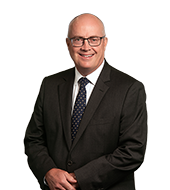 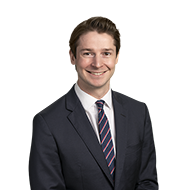