Investing in India? Take a Look at the Amended India-Mauritius Tax Treaty Before You Do

On May 10, 2016, India and Mauritius signed a protocol amending the India-Mauritius double income tax treaty that would, among other things, permit India to tax a Mauritian resident on capital gains arising from the sale of shares of Indian companies acquired on or after April 1, 2017.  Although equity investments made prior to April 1, 2017 will not be subject to the protocol, the protocol will have a profound impact on foreign investors’ use of Mauritian entities to structure inbound equity investment into India.  Foreign equity investors will likely turn away from Mauritius and toward jurisdictions that have more favorable tax treaties with India such as the Netherlands, Cyprus (although it is currently blacklisted in India) and UAE.  Although Singapore historically has been among the more favored countries for inbound India investment, the protocol will also apply to Singapore investors because the India-Singapore double income tax treaty links its capital gains tax regime to the capital gains tax regime in the India-Mauritius double income tax treaty.

In 1983, the treaty between India and Mauritius for the avoidance of double taxation (the “India-Mauritius double income tax treaty”) entered into force.[1]  Under Article 13, capital gains derived by a resident of one contracting state from the “alienation” of certain property—meaning the sale, exchange, transfer or relinquishment of property—are only taxable in such contracting state.  In general, this applies to any property except for immovable property, movable property forming part of the business property of a permanent establishment or fixed base, and ships and aircraft.   As a result, Mauritian companies owning shares of Indian companies can sell or transfer such shares without the capital gains being subject to taxation in India.  Mauritius, thus, has been an attractive jurisdiction from which equity investment in India is originated.

Although the protocol addresses a handful of topics, the key takeaway is that the protocol amending the India-Mauritius double income tax treaty (the “protocol”) changes the tax treatment of capital gains.  It specifically provides that gains from the sale or transfer of shares acquired on or after April 1, 2017 in a company which is resident of a contracting state may be taxed in that state.[2]  India thus will have the right to tax Mauritian residents on the sale of shares in Indian companies.  This right, though, is limited to gain on shares acquired on or after April 1, 2017.  Gain from the sale or transfer of shares acquired before April 1, 2017, regardless of when sold or transferred, is “grandfathered” under the old rules described above.  Also, the protocol provides a phase-in for the capital gain tax rates if certain requirements are met: gain with respect to shares acquired on or after April 1, 2017 but transferred during the period of April 1, 2017 through March 31, 2019 shall be taxed at a rate not to exceed 50% of the applicable tax rate applied to such gain in the state of the company whose shares are being sold or transferred.  However, under new limitation on benefits provisions, this phase-in of a lower tax rate only applies if (i) the selling company has not arranged its affairs with the primary purpose of taking advantage of the lower tax rate, (ii) the selling company must satisfy a main purpose test and a bona fide business test, and (iii) the selling company is not a shell or conduit company.[3]

In addition to the capital gains rules, the protocol contains several other amendments including:

The protocol is not yet in force but will be once the governments of India and Mauritius notify one another that the procedures required by their laws for bringing the protocol into force are completed.

Effects of the Protocol:

The change in the treaty will have significant effects on how third party investors place capital in India.  Hundreds of private equity, venture capital and real estate funds are organized under Mauritius law due to the favorable provisions of the treaty.  It seems likely that, as noted above, other jurisdictions will emerge as the primary focus of new investments into India.  At a minimum, more complex, tiered Mauritian structures may be required to minimize the effects of the protocol.

The protocol may cause foreign investors to rethink using Mauritian entities for equity investment in India, resulting in investors looking to other jurisdictions such as the Netherlands or UAE.  Mauritian entities holding “grandfathered” stock should be mindful of the effects that the new rules potentially could have on additional capital investments.

[1] A copy of the India-Mauritius double income tax treaty is available at here.(last visited May 17, 2016).

[7] See Article 5 of the protocol and Article 22 of the India-Mauritius double income tax treaty. 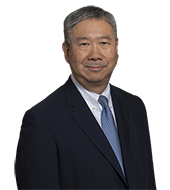