Introduction
The Italian Administrative Tribunal of Lazio Region (the “TAR”) recently overturned the fines imposed by the Italian Competition Authority (“ICA”) against a number of post-production TV companies and a trade association for allegedly engaging in bid rigging on tenders offered by RAI, the Italian State-owned TV broadcaster.

The TAR found that the ICA failed to adduce sufficient evidence that the exchange of information among the companies in connection with the preparation of the bids amounted to a breach of competition rules.

The information exchanged concerned entry prices and bids made by the companies on recent past tenders. However, according to the TAR, and consistent with the EU guidelines on the application of Article 101 TFEU (“EU Horizontal Guidelines”), such information is not capable of revealing the firms’ future intentions. As a result, it is not likely to lead to finding that there had been collusion.

This is an important and welcome clarification at times where information exchanges (even if unilateral) are increasingly scrutinized by antitrust authorities at both the EU and the national level.

Background
In a series of rulings on 6 June 2016, the TAR annulled the decision of the ICA and the subsequent EUR 800,000 fine against 21 post-production TV services companies and their trade association, for the exchange of information concerning their bids to RAI.

Under EU competition rules, exchanges by competitors of their individual plans relating to their future prices or output are presumed to be illegal, pursuant to the so-called “concerted practice by object” doctrine.

The European Commission and national antitrust authorities have increasingly used this theory of harm to scrutinize conduct on the part of two or more companies which falls short of an agreement or decision but which consists of some form of direct or indirect, and often informal, contact or co-operation between competitors.  The antitrust enforcers have a clear incentive in labelling (rather generously) the conduct as an infringement “by object” since by doing so they are not required to prove the alleged anti-competitive effects.

In a number of cases, European enforcers have followed this strict line.  For example, it has been held that a single discussion among mobile phone companies about the price to pay their dealers was a hard core violation of EU competition law.  The same conclusion was reached in another case in connection with discussions among banana importers on the factors influencing the demand for bananas, and again recently as regards the information sent by a travel booking platform to its members about discounts for online bookings.

Significantly, in this case, the TAR refused to apply the doctrine of “concerted practice by object” stating that information exchanges are illegal only if the enforcement authorities can demonstrate with clear evidence that the exchange can help companies predict the future commercial strategies of their competitors.

The TAR came to this conclusion because the data exchanged by the TV services companies was not “strategic”. It was not able to reveal the companies’ future commercial strategies since it concerned past tenders and was not secret. The TAR took a different approach to that taken by Italy’s Council of State and of the Court of Justice of the EU, which had respectively found that: (i) the acquisition of data on competitors’ commercial conditions across the recent years can be very useful to align with rivals’ commercial strategy; and (ii) the fact that the data are publicly available or can be collected otherwise is not relevant for the assessment on the legality of the information exchange.

Having concluded that the conduct of the TV services companies did not constitute a violation “by object”, the TAR looked into the possible restrictive effects that the information exchange could have had on competition. The TAR ruled that the ICA did not provide sufficient evidence of collusion because: (i) it was only possible to prove the existence of unilateral acts; (ii) the price increases were also adopted by companies not concerned by investigation; and (iii) the ICA failed to consider possible alternative explanations for the conduct under scrutiny.

Relevance for companies
The rulings of the TAR provide a very much welcome clarification on the correct test for assessing the legality of information exchanges among competitors. This comes at a time when enforcers at the EU and national level tend to take a very aggressive stance on conducts involving information exchanges (see for example, the Dutch probe into telecom price signalling, the UK cement market investigation, and the EU liner shipping case).

The TAR rulings suggest that companies should carefully assess any exchange of information, because the test adopted by courts and enforcers is often based on a case-by-case assessment and often depends on the industry sector and the type of information exchanged.

This enforcement risk – which has become particularly high in the recent years – needs to be adequately taken into account by companies and included in antitrust compliance programmes through training sessions. This is especially true considering that in Italy, as of October 2014, the implementation of an effective antitrust compliance programme can result in an antitrust fine being reduced by up to 10 per cent where an infringement has been identified. 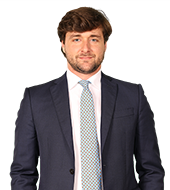