The Defend Trade Secrets Act (“DTSA”), enacted on May 11, 2016, provides the first private federal cause of action for trade secret misappropriation and allows employers whose trade secrets have been misappropriated to head straight to the federal courts.  The DTSA also offers extensive remedies such as ex parte seizure of property, injunctive relief, monetary damages for actual loss, unjust enrichment, and a potential for reasonable royalties.

The DTSA allows an employer to seek restitution for the value of its misappropriated trade secrets.  However, pleading trade secret misappropriation with direct evidence that the defendant, in fact, misappropriated a trade secret is difficult.  Often, employees leave highly technical roles to go work for a competitor, and sometimes those employees deliberately take valuable trade secrets with them by way of computer downloads, cloud transfers, or paper copies—actions the DTSA squarely seeks to remedy.  Without some investigation into the internal communications of a direct competitor, however, it is nearly impossible to determine whether that former employee acquired by improper means his or her former employer’s trade secrets or disclosed that fact to his or her new employer.

In a civil action for trade secret misappropriation under state law, some jurisdictions permit employers to rely on the “inevitable disclosure doctrine” to prove a competitor’s acquisition or use of an allegedly misappropriated trade secret.  The doctrine allows a plaintiff to “prove a claim of trade secret misappropriation by demonstrating that the defendant’s new employment will inevitably lead him to rely on the plaintiff’s trade secrets.”[1]  In making this determination, courts consider whether: (1) the plaintiff and defendant’s new company are direct competitors; (2) the employee’s new position is comparable to his or her former position; and (3) the new employer has taken any action to prevent the former employee from using or disclosing trade secrets.[2]  Such considerations may enable a plaintiff to meet its pleading requirement in some circumstances.

The DTSA, as with any new law, is subject to judicial interpretation.  For exactly one year, the question of whether the “inevitable disclosure doctrine” could form the basis of a defendant’s acquisition or use under the DTSA remained unanswered.  The DTSA requires that an injunction order not “prevent a person from entering into an employment relationship, and that conditions placed on such employment shall be based on evidence of threatened misappropriation and not merely on the information the person knows.”[3]  In practice, this requirement has presented a significant hurdle to plaintiffs in some DTSA cases.

Although it is still a developing issue, a recent decision in the Northern District of Illinois suggests that, at the pleading stage, a plaintiff may rely on the “inevitable disclosure doctrine” as the basis for plaintiff’s proof of acquisition or use of the stolen trade secrets by its competitor.

In Molon Motor and Coil Corp. v. Nidec Motor Corp., Molon sued its direct competitor, Nidec, for, among other things, violation of the DTSA.[4]  Molon, an electric motor manufacturer, contended that a former employee, Manish Desai, copied confidential data pertaining to its engineering, design, and quality control onto a personal portable data drive before leaving for a job in an identical role at Nidec.  Molon further alleged that Nidec used and continues to use the trade secrets stolen by Desai.[5]

Nidec moved to dismiss Molon’s Third Amended Complaint, arguing that Molon failed to state a plausible claim because Desai’s actions did not constitute “misappropriation” under the DTSA.[6]  Nidec did not directly contest that the information allegedly on Desai’s portable data drive would constitute trade secrets but did argue that because Desai was employed by Molon when he allegedly downloaded the information, he did not do so by way of “improper means.”[7]  The court rejected this argument, pointing to the restrictive covenant in Desai’s employment agreement, which required Desai “not to use his company’s confidential information for any purpose other than his work there.”[8]

Much of the court’s decision centered on Nidec’s acquisition or use of the allegedly stolen trade secrets.  The court honed in on whether Molon must make specific allegations of disclosure or use or whether the disclosure and use could be inferred under the “inevitable disclosure doctrine.”[9]  The court considered: (1) the level of competition between Molon and Nidec; (2) the similarity in job roles at Nidec and Desai’s former position at Molon; and (3) whether Nidec took any steps to prevent Desai from using or disclosing Molon’s trade secrets.[10]  Ultimately, the court concluded:

All told, Molon’s allegations on the direct competition between the parties, as well as the allegations on the employment breadth and similarity of Desai’s quality control work at the two companies, are enough to trigger the circumstantial inference that the trade secrets inevitably would be disclosed by Desai to Nidec.  To be sure, going forward, Molon ultimately will bear the burden of proving — not just alleging — enough facts that disclosure is not premised on a mere unsubstantiated fear. . . . For now, Molon has pled enough for the trade secrets claims to avoid the Rule 12(b)(6) chopping block.[11]

The court’s decision addresses a reality of trade secret litigation; namely, without discovery into the issue of acquisition and use, it is nearly impossible to prove the same by a direct competitor.  The Molon decision should empower and encourage hopeless plaintiffs who once feared filing a complaint under the DTSA because of its burdensome requirements at such an early stage of litigation.  Moreover, Molon suggests that a plaintiff can rely on the doctrine of inevitable disclosure in a preemptory attempt to overcome a motion to dismiss.  Importantly, however, this case does not change the fact that when seeking an injunction, plaintiffs still must demonstrate evidence of threatened misappropriation and cannot rely solely on the former employee’s knowledge of such information. 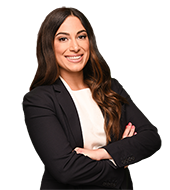