Japanese prosecutors and Mitsubishi Hitachi Power Systems Ltd. (“MHPS”) have entered into a plea bargain with respect to bribery charges stemming from a plant construction project in Thailand. This is the first plea bargain entered into under a new plea bargaining system that began on June 1, 2018.

Pursuant to amendments to the Japanese Code of Criminal Procedure (“Code”) passed by the Diet in May 2016, Japan introduced a system of plea bargaining with respect to certain types of crimes (“Specified Crimes”) which came into effect on June 1, 2018. This process entitles a prosecutor to enter into a formal plea bargaining agreement with a suspect or defendant (not only a natural person, but also a corporate entity) to withdraw or reduce criminal charges or agree to pre-determined punishment when that suspect or defendant states the truth to a prosecutor or agrees to testify as to the truth in court in relation to Specified Crimes. [1]

The Code sets out that the prosecutor will consider the following factors in assessing whether to negotiate a plea bargain: (i) the significance of the evidence obtained as a result of the suspect or defendant’s cooperation, (ii) the seriousness, circumstances, and relevance of the related crime, and (iii) other factors left to prosecutorial discretion. It remains to be seen how the prosecutors will assess these factors in practice.

In circumstances where a suspect/defendant and the prosecutor attempt to negotiate an agreement but fail to reach an agreement, the prosecutor is not permitted to use statements by a suspect or a defendant during that negotiation to prove a crime by a third party. However, a prosecutor can investigate matters raised by a suspect during a negotiation and, should those further investigations result in additional evidence, use that evidence against a third party.

By providing for resolution through a plea bargain, the Japanese government is looking to open up new avenues of collecting evidence in prosecutions by offering reduced penalties to cooperators. This is likely to have some relevance in cases alleging overseas bribery, where the evidence gathering process is typically more difficult due to challenges in gathering evidence outside of a home jurisdiction. It is worth noting that although bribing foreign officials has been an offense in Japan since 1998, only four cases have been prosecuted over the past 20 years.

The plea bargain entered into by Japanese prosecutors and MHPS stemmed from an alleged bribe given by an ex-employee to a Thai official in connection with a power plant contract awarded to MHPS in August 2013. The employee is alleged to have given hundreds of thousands of US dollars in bribes to secure a permit to unload equipment. MHPS later learned of the alleged payment and reported it to Japanese prosecutors in 2015. Relying on the new plea bargaining regime, the prosecutors agreed to forgo prosecuting MHPS in exchange for the information it provided with respect to the subject ex-employee.

Though MHPS was able to avail itself of the new plea bargaining regime by providing the prosecutor with evidence relating to a former employee, there are other scenarios where an individual or company might obtain a similar benefit. Specifically, a party that cooperates with Japanese authorities by responding truthfully and fully in government investigation interviews, or by providing full disclosure of information in an investigation or court trial, might also be in a position to enter into a plea bargain. [3]

Japanese companies that do business abroad, especially in high-risk jurisdictions, should assess the strengths of their current compliance policies and procedures and should consider whether to implement a government inquiry response plan specifically focused on potential prosecutions or inquiries. This can involve designating clear levels of responsibility, facilitating effective whistleblowing, and creating a culture of compliance and training.

[1] These include bribery, fraud, violations of the antimonopoly act, embezzlement, tax law and antitrust offenses, and crimes related to narcotics and firearms. [Criminal Procedure Code, Article 350-2] 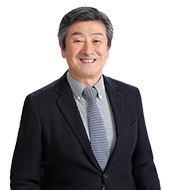