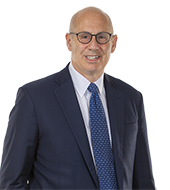 New York - A team of lawyers from global law firm K&L Gates LLP has advised Shoptalk and Groceryshop, the leading United States conferences for the retail, grocery, and consumer packaged goods industries, in their acquisition by Hyve Group plc (LSE: HYVE:LN), a leading organizer of international exhibitions and conferences, for USD $145 million. Shoptalk and Groceryshop were founded by Anil D. Aggarwal, Chairman and CEO, and Simran Rekhi Aggarwal, President, widely recognized as leaders and innovators in the events industry. In connection with the transaction, they have become significant shareholders of Hyve Group.

Among the fastest growing events in the history of their respective sectors, Shoptalk and Groceryshop collectively saw over 11,500 attendees -- including more than 1,000 CEOs -- from over 50 countries and nearly 900 exhibiting and sponsoring companies during their conferences in 2019. Shoptalk's fifth annual U.S. event will be held on March 22-25, 2020, and Groceryshop's third annual event will be held on September 14-17, 2020, both at Mandalay Bay in Las Vegas.

The transaction was accomplished in eight weeks from initial discussions to completion and involved a simultaneous signing, closing, and public announcement. In the same time frame, Hyve, a United Kingdom public company, accomplished significant debt and equity financing necessary to fund the deal.

“The lawyers at K&L Gates are not only top notch, they are incredibly likable people, a rare quality that's important to maintaining goodwill through a negotiation process, in a complex transaction with intense time pressures, that is intended to result in a successful post-deal working partnership," said Anil Aggarwal.