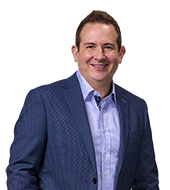 Pittsburgh – Global law firm K&L Gates LLP is advising Sinch AB (publ) (XSTO: SINCH) on its acquisition of Inteliquent, the largest independent voice communications provider in the United States, for a total cash consideration of $1.14 billion on a cash and debt-free basis. A global leader in cloud-based communications for mobile customer engagement, Sinch is headquartered in Stockholm, Sweden, and has a presence in more than 40 countries.

Inteliquent powers voice communications for the leading communication service providers and enterprises in North America through a network that covers nearly 95 percent of the U.S. population. The acquisition establishes Sinch as a leader in voice connectivity for both enterprises and telecom carriers in the U.S.

“We’re pleased that Sinch has again entrusted K&L Gates to provide global legal support on another challenging and transformative acquisition, and we’re excited for the opportunities this transaction unlocks for Sinch, Inteliquent, and their customers in the United States and around the world,” commented Edgar.

Closing of the transaction is expected to occur in the second half of 2021, subject to regulatory approvals and other customary closing conditions.