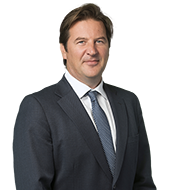 Greentown invests in, among other things, early childhood education services across China and has been seeking to expand its presence elsewhere in the Asia Pacific region, North America and Europe. This transaction marks Greentown's entrance into the Australian market.

Ramage said: "We have witnessed a real influx of M&A activity in the childcare and early education sector in Australia, and our team has been involved in several significant transactions in this space. It was particularly pleasing for us to have advised Greentown on this cross-border deal that will facilitate the Montessori Academy's future growth. Through K&L Gates' integrated global network, our Sydney and Shanghai teams were able to work closely and seamlessly to support our client in reaching a successful close to this transaction."