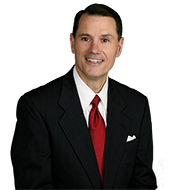 Harrisburg - Lawyers in the Harrisburg office of global law firm K&L Gates LLP were appointed by the Third Circuit Court of Appeals as pro bono counsel for an inmate whose habeas corpus petition and subsequent Rule 60(b) motion had both been denied in the district court. Partner David Fine and counsel Travis Gery successfully argued that the district erred in denying the client, William Bracey, the relief he requested.

In a published, precedential opinion, the Third Circuit held that “a due diligence requirement like the one in § 2244(d)(1)(D) of the Antiterrorism and Effective Death Penalty Act demands a highly fact- and content-specific inquiry, one that depends on the characteristics and reasonable expectations of someone in petitioner’s shoes” and that the Third Circuit’s previous decision in Dennis v. Secretary, 834 F.3d 263 (3d Cir. 2016) “changed what § 2244(d)(1)(D)’s ‘due diligence’ requirements demand of Brady claimants.” Recognizing that Dennis “decisively rejected the line of [circuit] cases embracing a due diligence obligation” in the Brady context, the Third Circuit held that “a habeas petitioner’s Brady claim is timely under § 2244(d)(1)(D) so long as it is filed within one year of the date on which the petitioner has reason to believe that the prosecution may have violated its duty of disclosure.”

In a footnote in the final published opinion, the Third Circuit expressed gratitude to Gery and Fine for accepting this matter pro bono and commended them for the superb quality of their briefing and argument in this case. You can view the full opinion here.