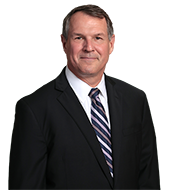 Based in Sarasota, Florida, Revcontent is one of the world’s largest content recommendation networks, operating a platform that connects online advertisers to publisher websites. Revcontent was sued in New Jersey federal court by competitor Adblade, which objected to advertisers’ use of Revcontent’s self-serve platform to distribute allegedly deceptive ads to online consumers.

Throughout the duration of the case, the K&L Gates team successfully defended against Adblade’s motion for a preliminary injunction – which would have caused Revcontent to halt operations – and a motion to compel the production of its source code for inspection by its competitor.

In November 2017, the district court granted Revcontent’s motion for partial summary judgment, finding that Adblade lacked standing to assert the federal Lanham Act claims and its state common law unfair competition claim as to the consumer products. Adblade appealed that ruling but, after the district court denied Adblade’s request to certify the order as a final judgment, the Third Circuit Court of Appeals dismissed the appeal for lack of jurisdiction and the district court reopened the case. Nearly three years later, after the close of discovery, the Court dismissed the remaining claims, finding Adblade’s “causation theories [to be] speculative and unsupported.”

“We are pleased with the Court’s ruling and are incredibly appreciative of the work done by K&L Gates,” said James Epstein, Revcontent’s General Counsel.

The K&L Gates team that helped Revcontent obtain this outcome was led by Seattle partner David Bateman and Miami partner Elisa D’Amico, with assistance from partner Vincent Avallone in Newark, appellate partner David Fine in Harrisburg, partner Bill Shaw in Seattle, and Stephen McGuinness in Miami, among others.