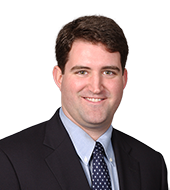 In August, the District of Massachusetts granted Lenovo’s motion for summary judgment of non-infringement for the final patent. In her decision, Judge Saris ruled: “Because it is undisputed that the accused storage device, and not the accused storage drive, ‘encrypt[s] digital data’ and ‘writ[es] encrypted digital data’ within the accused Lenovo products, Lenovo is entitled to summary judgment…” The Order provides Lenovo a complete win at the District Court.