The 84th Texas Legislature ended June 1, 2015.  This was the first legislative session under Republican Governor Greg Abbott, and while over 6,000 bills were filed, approximately 1,300 were enacted. For your review, we have highlighted key pieces of legislation that may be critical to your company. It is important to note that regulatory “agency rule-making” to implement many of these legislative changes will occur during the interim prior to the next legislative session in January 2017. Please feel free to contact us if you have any questions regarding the attached list.

HB 942—Regulating Ammonium Nitrate Storage Facilities and Transferring EPCRA Tier II Reporting Responsibilities to the Texas Commission on Environmental Quality
In reaction to the West, Texas, explosion, the Legislature imposed new responsibilities on “ammonium nitrate storage facilities.” These facilities are defined, without regard to volume, as “a facility that stores ammonium nitrate material or ammonium nitrate that is to be used in ammonium nitrate material, including the premises of the facility at which such storage occurs.” The state fire marshal and local fire officials are granted authority to enter such facilities to inspect and identify “hazardous conditions” (as detailed in the law). The law also requires that evidence of compliance with the Texas Facility Community Right-To-Know Acts, Homeland Security registration requirements, NFPA warnings and compliance with certain design requirements be provided upon request.  If noncompliance is found, the state fire marshal or local official must notify the Texas Feed and Fertilizer Control Service; the service will require corrections and may bring enforcement.

The law also transfers the administration of the Texas Community Right to Know Tier II Reporting requirements to the Texas Commission on Environmental Quality (“TCEQ”).

SB 709—Streamlining the Process
Under the prior environmental permitting process applicable to most air, water and waste permits, any “affected person” could request a hearing before the State Office of Administrative Hearings (“SOAH”) and delay issuance of the requested permit for years while they challenged virtually every aspect of the application. SB 709 seeks to streamline that process. While enacting multiple procedural changes, the most notable changes enacted by SB 709 are as follows: (1) the hearing process must be concluded by SOAH within 180 days, unless the Commission specifies a different deadline, the parties agree to a different deadline or the administrative law judge finds that the deadline must be extended to protect a constitutional right; (2) any issue referred to SOAH must have been raised in “detailed and complete” comments submitted by the affected person during the public comment period; (3) the draft permit and preliminary decision of the executive director is presumed to comply with relevant legal requirements and the affected person must rebut that presumption; and (4) the general principles regarding the Commission’s determination of whether a person is an “affected person” entitled to a hearing that have recently been utilized by Texas courts to uphold the Commission’s decision were, for the most part, codified into the statute. The degree to which SB 709 actually results in a streamlined permitting process will depend, to a great degree, on how the changes mandated by SB 709 are applied through rulemaking and in practice by the Commission and SOAH.

HB 1794—Local Governments Limited on Environmental Penalty Issuance
Local governments have long had the authority to sue individuals and entities to collect penalties for environmental violations. These lawsuits have recently proliferated to include large civil penalty amounts, and for historical contamination. This bill attempts to reign in such lawsuits. First, any civil penalty recovered by a local government for up to $4.3 million must be divided evenly between the state and the local government. Amounts over that threshold are recovered entirely by the state. Further, the amount of the civil penalty assessed by the local government is now subject to an analysis of certain factors by the trier of fact, which includes the effect of the violation and the good-faith efforts to come into compliance, among others. Finally, the local government has a five-year statute of limitations to bring suit.

HB 1331—Recycling Oil and Gas Waste
This law amends the Texas Natural Resources Code to clarify the ownership and responsibility for recycled drill cuttings that are used for beneficial reuse. The legislation places ownership of the drill cuttings that are to be recycled on the permit holder who is doing the recycling until it is transferred to the user. It absolves the generator of the drill cuttings from tort liability if there is a contract with the recycler that provides the recycler will be putting the cuttings to beneficial use. The Texas Railroad Commission (“RRC”) will engage in rulemaking to implement this new law.

HB 2230—Authorizes Disposal of Desalination Brine Into Oil and Gas Class II Disposal Wells
This law grants the TCEQ the authority to permit injection of brine from desalination projects into an RRC-permitted Class II injection well. The TCEQ is authorized to grant a Class V well permit to such wells either by individual permit, general permit, or by rule. The TCEQ and the RRC will develop rules or enter into an MOA to coordinate this authorization.

HB 2598—Seeks to Keep Steel Slag from Being Defined as a Solid Waste in Texas
This law, effective September 1, 2015, prohibits the TCEQ from regulating electric arc furnace steel slag as a solid waste even if placed on the ground, if the slag is managed as an item of commercial value, and the use is a “controlled use.”

HB 281—Municipal Solid Waste Landfills
This amendment to Chapter 361 of the Texas Health and Safety Code (i.e., the “Solid Waste Disposal Act”) prohibits a municipality from permitting the expansion of a Type 1 municipal solid waste landfill permitted before 1980 which it owns within the boundary or extraterritorial jurisdiction of another municipality, unless the municipality within which the expansion will occur approves that expansion.

Effective immediately. Applies to any application pending on or after the effective date.

HB 200—Challenging Desired Future Conditions; Chapter 36 Groundwater Conservation Districts
This law clarifies the purposes and procedures of Texas Water Code Chapter 36 Groundwater Conservation Districts (“GCD”). First, the law adds a new purpose of the GCD, to “protect property rights.” Second, it requires GCDs to utilize “best available science” in the development and conservation of groundwater, including rulemaking. Third, it sets out new procedures and standards for approval of the GCD’s all-important “desired future conditions,” which the District uses to regulate production of groundwater. The law changes who can be an “affected person” permitted to challenge a desired future condition, who pays for a hearing on that issue, the role of the SOAH, and the rights of appeal.

HB 2767—Groundwater Districts
This law relates to the operations of GCDs created under Section 59, Article XVI, of the Texas Constitution. Specifically, HB 2767 clarifies that a GCD may impose fees, including a fee to export water produced in the GCD out of the GCD, to fund its operations where a tax to do so is not approved by the GCD’s voters; adopts standards for the financial audits of a GCD; authorizes a GCD to adopt or repeal exemptions from the requirement to obtain any type of permit from the GCD; specifies how the GCD is to determine the amount of the fee to export water out of the GCD; limits judicial review of actions subject to a contested case hearing to parties to that hearing; allows for a person to request an “inquiry” by TCEQ relating to whether the GCD is properly carrying out its duties; removes the requirement that land added to the GCD’s area by petition be contiguous to the GCD; and makes several changes to the requirements applicable to the management and administration of the GCD.

HB 2031—Desalination of Marine Seawater
Under prior law, multiple approvals would be required to withdraw seawater from Texas waters, discharge wastewater from a desalination plant, and use desalinated seawater as a public water supply. HB 2031 streamlines this process by creating a new Chapter 18 of the Texas Water Code relating solely to and consolidating the requirements applicable to “Marine Seawater Desalination Projects.”

The resulting permit program will be implemented by the TCEQ. The Texas Parks and Wildlife Department and the General Land Office are charged with undertaking a study to determine the appropriate locations for such withdrawal and discharge. Further, TCEQ is to adopt rules relating to use of desalinated seawater as a source of public drinking water.

HB 30—Requiring Consideration of Brackish Groundwater in Water Planning
With water demands increasing and supply decreasing, one potential untapped water supply is the desalination of brackish groundwater. This bill recognizes the potential to increase water supply for municipal and industrial purposes through desalination of brackish groundwater, while protecting the current emerging use of this water in the oil and gas industry. Each regional water planning group is now required to include in its regional water plan consideration of use of desalinated brackish groundwater. Further, the Texas Water Development Board is required to research both seawater and brackish groundwater desalination as a potential water source, and to submit a biennial progress report to various state representatives (including the governor), as well as complete other research tasks in cooperation with other parties. 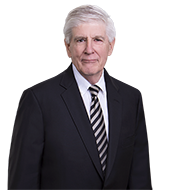